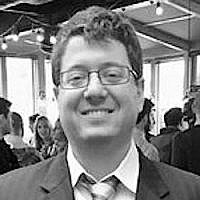 The Blogs
Danny Orbach
Apply for a Blog
Please note that the posts on The Blogs are contributed by third parties. The opinions, facts and any media content in them are presented solely by the authors, and neither The Times of Israel nor its partners assume any responsibility for them. Please contact us in case of abuse. In case of abuse,
Report this post.

Why did Israeli liberals fail to defend the truck driver who shot an armed burglar in his own backyard? Unfortunately, highhanded ideas about “rights” and indifference to the security fears of struggling Israelis is likely to keep the left out of power. If the Israeli peace camp ever wants to rule, it has to get tough on crime.

The recent drama in Beit Elazari, a sleepy moshav community in central Israel, shed some fleeting light on a pervasive social malaise. A local truck driver was jolted awake in the early morning hours by strange noises. Like his neighbors, this driver has lived through a nerve-wrecking routine of armed robberies, burglaries, housebreakings and agricultural theft. Israeli villagers, many of whom are already struggling with adverse market conditions, are exposed to the ever-present danger of property crimes. Farm animals are poached, dogs are poisoned, precious tools and motor vehicles disappear, often bringing such people to the verge of bankruptcy and economic ruin.

To make things worse, many of these burglars are violent and dangerous. The truck driver certainly had good reasons to fear for himself and his family, when one of the three intruders threatened him with a metal rod. He shot the marauder, who eventually died from his wounds. The truck driver is still under house arrest, though it is not yet clear whether the charges will be press against him. The Dromi Law, enacted in 2008 as a result of a similar case, permits citizens to use lethal force against burglars and trespassers in certain circumstances, “unless the action is completely unreasonable.” Whether the truck driver’s action falls under this category is yet to be decided.

The public and political response to the case, however, exposed some more basic maladies, especially on the liberal and leftist side of the political spectrum. Unsurprisingly, most of those who came to the defense of the truck driver were Knesset members and activists from the right. The left and liberal politicians were mostly silent, as if the daily hell that Israeli farmers are going through is none of their concern.

This silence, in fact, is an improvement. During the Dromi case in 2007 (the prequel to the Dromi Law), liberal Israeli politicians strongly condemned the farmer who shot the robbers, and opposed the Dromi Bill. MK Zehava Gal-On, who chairs the Meretz Party, said “it is inadmissible for the Knesset to determine that burglars can be killed. It amounts to capital punishment for property crimes.” MK Dov Hanin from the socialist Hadash (now part of the United Arab List) said “this is the law of the wild south – a license to kill.” One can discern such an attitude even today. In Sicha Mekomit, the Hebrew arm of the +972 English site and one of the main media outlets of the hard left, activist Sapir Sluzker-Amran castigated the truck driver and his supporters. “I cannot be silent,” she wrote, “when the right for property becomes more important than the right to life.”

But for farmers, truck drivers and small business owners, property is life. People who already live on the brink can be completely ruined by the loss of their hard-won property and work tools. Sluzker-Amran’s article, which reflects a common liberal emphasis on “suspects’ rights”, “prisoners’ rights” and the well-being of armed burglars, amounts to abandonment of law-abiding men and women. This is the true tragedy of the left in Israel. Even if it has good policies, and often it does, and even if its criticisms against the ruling establishment ring true, and often they do, very few will entrust it will real political power as long as it shows indifference towards the security fears of blue collar citizens.

Indeed, the common suspicion towards the left is not so much a result of its opposition to the occupation. Most Israelis, according to the polls, support some form of territorial compromise with the Palestinians. This suspicion, rather, is grounded in the belief that liberal politicians are detached from the security fears of the common person, whether it’s farmers who struggle against theft or those who fear Palestinian terror; that they prefer the highhanded ideas of the human rights discourse to considerations of state and personal security; that their “softness” makes them unfit to rule a state in the tough neighborhood of the Middle East. And if the left wants to convince the Israeli people to take security risks (and leaving the West Bank is a security risk), the citizens have to be certain that the left, too, will be ready to use violent force if things go wrong.

In order to replace the seemingly eternal administration of the nationalist right, the left does not have to give up its ideas, such as struggle against the occupation and minority rights. What it has to give up, is its almost instinctive distaste towards protective violence. The Beit Elazari incident gave the Israeli left an opportunity to show that they understand the nature of the tough neighborhood we live in. Unfortunately, they missed it.

Dr. Danny Orbach is a military historian, and a senior lecturer in history and Asian studies at the Hebrew University of Jerusalem. He studied for more than ten years in Tel Aviv, Tokyo and Harvard University. As a historian, commentator and political blogger, he has published extensively on German, Japanese, Chinese, Israeli and Middle Eastern history, with a special focus on military resistance, disobedience, rebellions and political assassinations.

About the Author
Dr. Danny Orbach is a military historian, and a senior lecturer in history and Asian studies at the Hebrew University of Jerusalem. He studied for more than ten years in Tel Aviv, Tokyo and Harvard University. As a historian, commentator and political blogger, he has published extensively on German, Japanese, Chinese, Israeli and Middle Eastern history, with a special focus on military resistance, disobedience, rebellions and political assassinations.
Related Topics
Related Posts
Comments