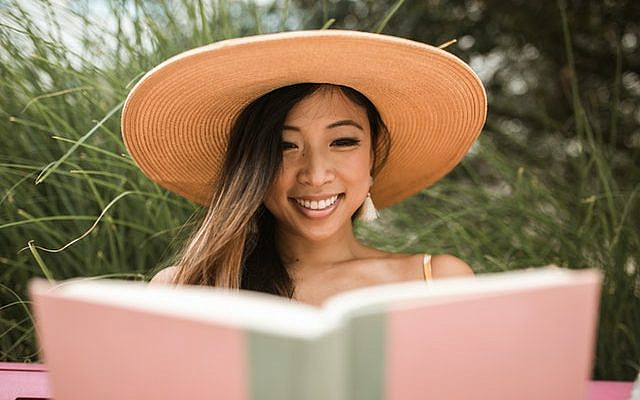 Does She Know Who Owned This Book? (Free to Use Photo by MHA from Pexels)

This 1927 song by Herbert Farjeon and Harold Scott was published at a time of great public esteem for Edward, Prince of Wales, who would become the United Kingdom’s Edward VIII.

Of course, we know all about the Prince of Wales and can be sure that he was not a slave trader or owner (unless you count the population of his kingdom as his slaves) but we are left in the dark as to any links that the dancing man might have had to the slave trade. This is unacceptable, his great-great-great-grandfather might have been a slave trader and we have a right to know.

The British Library holds a copy of the first version of Chaucer’s Canterbury Tales. Published in 1476 by William Caxton, only 10 copies of this edition are known to exist. Now this exhibit may have to be clearly labelled to show any slave trade links that previous owners might have had.

As these manuscripts have been around for some 500 years, it will be a mammoth task to track down all those who might have owned all or even part of it. To then determine their attitude to the slave trade will be virtually impossible.

To be quite clear, there is no suggestion that the Canterbury Tales, or Chaucer himself, were racist or supported slave traders. The problem is with people who may have purchased a copy a few hundred years ago.

The Canterbury Tales are not alone. The library will have to update the labels in all its displays of priceless literary artefacts following the anti-racism requirements that are a result of the Black Lives Matter protests.

It will not be long before this lunacy escapes from the British Library and spreads to the British Museum. That Roman pot was once owned by a rich merchant who purchased it from a neighbour who owned two slaves. We visitors to the museum must be made aware of the pot’s dreadful history. We cannot be allowed to see it as just a pot.

My wife points out that while I have been writing this Blog, she has been slaving over a hot stove. I will have to make sure that my Blog is relabelled before I get my supper.