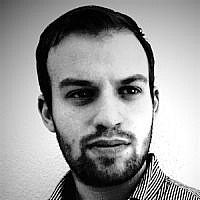 The Blogs
Mathew Cohen
Apply for a Blog
Advertisement
Please note that the posts on The Blogs are contributed by third parties. The opinions, facts and any media content in them are presented solely by the authors, and neither The Times of Israel nor its partners assume any responsibility for them. Please contact us in case of abuse. In case of abuse,
Report this post.

Whilst many applaud this notion, I find myself opposing it due to the crippling effects that it could have on businesses’ financial performances, and consequently on the livelihoods of workers themselves.

The reason for my stance begins with a case study of a typical large American organization, the Coca Cola Bottling Company Limited.

This organization employs over 8,200 workers in the United States alone. Lets assume that the company employs each worker for the US minimum wage rate of $7.25 per hour. If each employee works for 40 hours per week (the maximum legal amount in the US excluding overtime), then the Coca Cola Bottling Company is paying each employee a weekly wage of $290, which is a monthly income of $1 160. This means that the minimum total expenditure on wages is $9 512 000 per month.

This is a wage increase of $10 168 000. Given that the Coca Cola Bottling Company had a net income of $50 150 000 in 2016 (this is gross profit minus expenses and tax), one such increase in wage expenses could severely deplete the company’s profit margins.

Once a company faces such a significant decrease in profit margins, they may be inclined to implement a turnaround strategy, whereby the company recovers costs by making internal changes to its corporate environment. A popular method of executing this strategy is employee retrenchment. It’s quick to implement, and shows almost immediate results in terms of decreasing expenses. It has also been widely adopted in the past by major corporations such as Dell and Microsoft.

The decision to raise the minimum wage by such significant margins will have a detrimental effect on many organizations’ financial performances, which could lead to thousands of workers losing their jobs and their monthly incomes. If minimum wage is to be increased, it needs to be done on a regular basis with incremental increases that will not have a significant effect on company profits margins. Any other form of minimum wage increases could curb the financial prosperity of organizations and their employees alike.

Advertisement
About the Author
Mathew Cohen's areas of expertise are business intelligence, data analytics and research. He holds a BCom Law Degree, and is currently studying his Bachelor of Commerce Honours degree in Business Management. His work experience includes being a data specialist for Ocean Basket International, and he is currently a writer for the 90min football media platform.
Related Topics
Related Posts
Comments