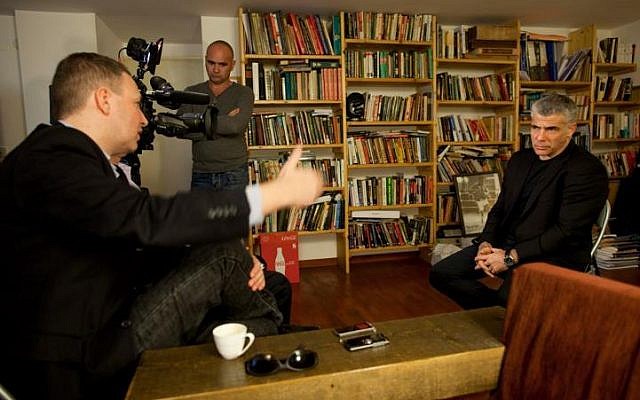 Pity the centrist! How he has endured derision; how she has suffered disdain. In Israel and America, from tundra to savannah, the political centrist is mocked as a spineless simpleton who cannot tell up from down or right from wrong.

In Israel the very concept has been befouled by artifice.   Cornered as quislings by right-wing propaganda in the wake of the second intifada, leftists abandoned their label and took to calling themselves the “center-left.” It smelled like fake views and the voters took flight.

Still in all, I have come not to bury centrism but to praise it.

There are two kinds of elections. The first is where participation is fairly low, as it is in the United States during midterms.  When many people don’t vote success generally comes from rallying your base. This requires arguments to be stridently partisan and causes polarization. The second kind is when participation is high. In such a case there is no need to compel a turnout with partisan appeals; both sides move to the center to steal votes from the other. One’s own side, as a captive market, will forgive the gambit if it seems likely to succeed and is carried out with elegance enough.

Israel is generally the second case, and the theory extends even to the nature of the candidates. And so it is that the more reasoned “center-left” has only won since 1973 with generals at the helm. The right that represents the salt of the earth, meanwhile, is successfully led by one of the most articulate politicians on earth.

There is a natural tendency of societies to the binary. Democrats and Republicans in the United States; Labor and Conservatives in the UK; Hamas and Fatah among the Palestinians. It provides a balance and a choice and seems good for the soul. There even seems to be a force of nature that keeps the binary races close. From Peres-Netanyahu in 1996 to Bush-Gore in 2000 to Brexit and Trump-Clinton in 2016, it is all very strange.

But there are exceptions. Israel is currently the rare case in which a third way is needed, because both of the classic sides are wrong.  Asymmetrically wrong, for the right wing is worse. But wrong nonetheless.

First the easy part: the right, as I’ve written before, will bury the entire Zionist enterprise if allowed to continue to govern. The Holy Land which the right wants to rule all of has an equal number of Jews and Arabs (about 6.5 million each). The Palestinian autonomy arrangement is not a true partition and will fall apart. This is such a clear disaster that most of the establishment opposes it (as do most Palestinians). So the right finds itself in an increasingly toxic know-nothing war against the “elites.” Its bizarre incomprehension requires, as Jerry Seinfeld once said, a dedicated team of psychiatrists working “someplace like Vienna.” Rarely has a political grouping been more deserving of an electoral spanking.

But deriding the Israeli right seems unfairly easy. The challenge is to show that the left in Israel labors under faulty narratives as well. It suffers from excess optimism about a final status peace agreement with the Palestinians.

First, the Palestinians are sticking to the Right of Return which if implemented fully would mean the destruction of what’s left of the Jewish state. The Palestinians hint this is resolvable and offer assurances that the refugees won’t really come, but that just isn’t serious. This alone may scuttle an end-of-conflict deal.

Next, Palestine after a pullout would be a weak state in danger of falling to Islamists or radicals.  It cannot be denied that Israel without the West Bank and less than 10 miles wide at its narrowest point would be rather hard to defend.  Israel will need some degree of control which will undercut Palestine’s sovereignty.

And last, there is no reasonable way to divide Jerusalem between countries that will definitely need a border. Would there be passport control on hundreds of streets? It may be wise to consider changing the status of the Old City and enacting some version of internationalization there, but a clean division of the whole city between two states will not occur anytime soon.

The center is closer to the left because it understands the occupation is a scourge. But it is distinct in important ways that that can reassure voters who have skepticism in them.

The center wants peace with caveats.

It wants a security say in what happens in the West Bank and senses that the Palestinians do not have the world’s best case right now for an independent state with its own full-fledged military. The Kurds, Tibetans, and half the islands in the Pacific are no less deserving. It reasons that is not reasonable to pass on refugee status and psychology forever, especially when a diaspora remains mostly in its home cultural space.  And it does not consider the somewhat arbitrary armistice lines of 1949 to be sacrosanct.

Reality usually slots well enough into the binary imperative, but sometimes not. I am no starry-eyed believer in the wisdom of the crowd, but societies do have a lust for life.   They can decline and fall, but they can also awaken just in time, with almost zero on the clock. Even when the fashionable thing is to prophesy doom.

I’m not betting on it just yet. But come April in Israel, the center just may hold.