The Blogs
Harold Behr
Apply for a Blog
Please note that the posts on The Blogs are contributed by third parties. The opinions, facts and any media content in them are presented solely by the authors, and neither The Times of Israel nor its partners assume any responsibility for them. Please contact us in case of abuse. In case of abuse,
Report this post.

The term ‘charisma’ once carried the sense of a divinely bestowed gift, a special ability to inspire devotion with which few were blessed. Today it has a more mundane connotation. Charismatic individuals are seen as those who are able to excite the emotions of others by leading them to believe that they are understood and that their hopes for a better world can be realised. Pop stars, politicians and clergy are among those who cultivate this art, which comes more naturally to some than to others.

Intellect has nothing to do with charisma, nor has reason. Charisma bypasses those parts of the brain which assess the world logically. It reaches directly into the centres of the brain which govern the emotions and stirs into being thoughts and images which are impervious to reason and which belong more in the realm of faith.

This leads to the question of what underlies the makeup of charismatic leaders. A closer look at such people reveals a curious mix of psychological trauma and deprivation early in their lives and a strong belief that they possess the power to redress the wrongs perpetrated against them and their people. This leads to them being taken over by an all-consuming sense of purpose.

In Trump’s case, emotional deprivation is smothered in material wealth but this does not provide sufficient compensation. The only pathway to security is seen to be the acquisition of power and this calls for any expediency: vilifying all who oppose him, trampling on the truth, allying himself with leaders who share his absolutist values and pandering to like-minded extremists.

To see Trump’s charisma as a feature of his disturbed personality is to miss the point. Charisma does not exist in isolation. It is intrinsically a relationship between one person — the leader — and a large group of people, (millions, in Trump’s case) who see in the leader the answer to their despair and frustration. Trump represents hope to these people, hence the rage and hatred surrounding his political demise.

About the Author
I was born in South Africa in 1940 and emigrated to the U.K. in 1970 after qualifying in medicine. I held a post as Consultant Psychiatrist in London until my retirement in 2013. I am the author of two books: one on group analytic psychotherapy, one on the psychology of the French Revolution. I have written many articles on group psychology published in peer-reviewed journals. From 1979 to 1985 I was editor of the journal ‘Group Analysis’; I have contributed short pieces to psychology newsletters over the years.
Related Topics
Related Posts
Comments 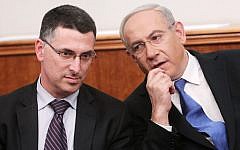