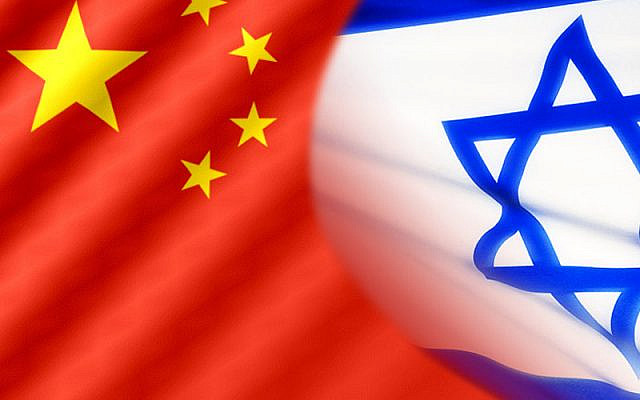 Early in 2022, the Israeli government informed the US administration that going forth, it will clear all major business deal’s with China first with Washington. Sources state that was an Israeli initiative and not a US demand. As of 2020 Israel runs a trade surplus with the US and a trade deficit with China. In 2013, when current Prime Minister Bennett was the Minister of Economy, he believed that the BDS (Boycott, Disinvestment and Sanctions) movement would have had a negative effect on the future of Israeli exports to the west. He then was key in trying to pivot Israeli trade to new markets such as India and China, which seemed to be safer as per the BDS movement was concerned. However now as Prime Minister, Bennet finds himself in a pickle. Israel is one of the few countries (the other being another staunch ally the United Arab Emirates), which has been pulled into tensions and drama in between the US and China. What makes the whole story more complicated is that another Israeli ally, India, despite having border tensions with China and locked in a battle of dominance in South Asia with China, continues to double its trade with the People’s Republic.

Despite China being a great market for Israeli technology and products and Israel-China relations having been rather cordial, Israel does realize that it cannot continue to sit on the fence. China is also a staunch ally and investor in Iran, which continues to threaten Israel’s very existence. It is suspected and expected that a some of Iran’s nuclear technology originates in China, directly or through Pakistan. It is due to China and Russia’s support that Iran continues to financially and politically survive despite crippling sanctions from the West.

The largest threat to Israel is from China’s technological espionage program. In a recent landmark judgment, a court in the United States found a Chinese intelligence official, Yanjun Xu, guilty of stealing secret jet engine technology from General Electric aviation. Xu is one of the first Chinese intelligence officers to be extradited from Europe to the U.S. and sentenced. The successful conclusion of this spying case may set the tone for future American crackdowns against China’s persistent economic espionage against the U.S., Israel and the West—a step above the sanctions route that the Western world has pursued for the last few years.

On November 5, 2021, a federal jury in Cincinnati determined that Xu was guilty of conspiring to and attempting to commit commercial espionage and stealing trade secrets from the U.S. Xu is the deputy division director of the Sixth Bureau of the Jiangsu Province of the Chinese Ministry of State Security, the primary intelligence agency of the Chinese Communist Party (CCP). He was extradited from Belgium in 2018, and his trial began in October 2021. The U.S. government charged him with stealing sensitive engine technology by extracting information from a G.E. aviation employee.

A subsequent sting operation by the Federal Bureau of Investigation (FBI) ultimately lured Xu to in Belgium in 2018, where he was arrested and then deported. Xu’s case is just the tip of the iceberg of the thriving Chinese commercial and technological espionage.

Although traditional espionage is an accepted part of statecraft worldwide, the U.S. government has repeatedly distinguished between such spying and commercial espionage. And it has often accused China of engaging in such activity through attacks against American companies to steal commercially valuable intellectual property data such as corporate strategies, product designs, business negotiations, and dual-use technology-related data. These espionage campaigns against Western governments and private sector companies are intended to strengthen China’s economic advantage and achieve information dominance. The U.S. has often cited China’s alleged theft in the mid-2000s of data related to the F-35, the stealth fighter aircraft, as a prime example of this objective. According to the U.S. National Security Agency, China repeatedly breached the computer networks of the American government and private defense companies to steal data about design and radar modules for the F35 and incorporated it into its stealth fighter aircraft, the J20.

Similarly in August 2021, a US cybersecurity firm FireEye, reported that a Chinese group UNC215 attacked several Israeli entities, commercial and government. Surprisingly, they seem to have tried to mask their attack trying to use Farsi and deploy countermeasures to make it seem that the attack originated in Iran. The attacks against Israeli entities highlight Beijing’s “consistent strategic interest in the Middle East,” FireEye said. “The group targets data and organizations which are of great interest to Beijing’s financial, diplomatic and strategic objectives.” The espionage takes place while China’s Belt and Road Initiative and the Chinese government formally declare Israel’s technology sector as a key area of mutual interest.

A key tool utilized by China to steal military and industrial secrets is through traditional human intelligence operations that seek to recruit foreign citizens to spy on their countries. Beijing has also engaged American and Chinese/Chinese-origin students or academics who have access to sensitive or classified material through their work. For this, the CPC reportedly set up “talent programs” to “attract overseas experts to work in China.”

A study by the U.S. Senate in 2019 revealed that the CCP had funded over 200 such programs, which recruited over 7,000 experts in total. Interestingly, these programs also encouraged its members to “lie on grant applications to U.S. grant-making agencies, establish ‘shadow labs’ in China working on research identical to their U.S. counterparts, and, in some cases, transfer U.S. scientists’ intellectual capital.”

Just days after Xu’s conviction, FBI’s top official Christopher Wray, while testifying to the Senate Intelligence Committee, underlined that China’s persistent espionage campaigns have adversely impacted America’s economic fortunes. According to him, Beijing steals $200 billion to $600 billion worth of economic secrets from the U.S. annually. According to Wray, in 2020, the FBI opened a China-related counterintelligence case every ten hours on average. The agency also had nearly 5,000 active counterintelligence cases on its books in the same year, nearly half dealing with China. Overall, the FBI concluded that economic espionage cases linked to China have increased by 1,300% in the past decade.

In response to these persistent attempts at stealing hard-earned U.S. intellectual capital from the American experts, the FBI launched the “China Initiative” program in November 2018, which scrutinized suspected cases of Americans engaged in such espionage activity. American officials had also tried to contain Chinese activities through a bilateral agreement in 2015, signed at the highest level between the U.S. and Chinese presidents.

The CCP, adept at this game, left no stone unturned in pursuing its endeavor. It has even utilized its telecom companies like Huawei’s sprawling reach in the West to collect pieces of sensitive information. Actions like these on the part of Huawei have led to increased scrutiny and blacklisting of the company in many countries in the West.

With the formation of the West Asian quad and Israeli attempts at convincing the Biden White House to back down on a potential Iranian agreement, Israel-like the UAE may need to finally choose sides. By pausing the F35 deal, the UAE has, for now, bought itself time in order to keep a balance in between the US and China. But both Israel and the UAE, realize that beyond the benefits of a strong Chinese relationship, lie dangers given China’s propensity to support geopolitical actors who are natural enemies of Israel. China is a dictatorship and the relationship with Israel at some-point outlive Chinese geopolitical ambitions in the middle east. China hopes to control Israeli infrastructure, like it will control Iranian infrastructure while using Israel as a fertile ground to “source” technology, either by buying it or by stealing it. The Israeli assurance to the US, is a first step of Israel choosing sides, but Israel should not wait for much longer before decisive steps. In this particular case it may help Israel to decide and not react, given China’s global aggressive stance.

The question is, with Israel, when China will cross the line?