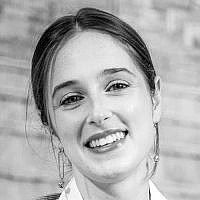 So we all saw what went down in Tokyo when Simone Biles shocked the world and withdrew from the team event.  She explained her decision in several interviews saying her head wasn’t in the right place; the fear, pressure, and doubt that all Olympic athletes experience was affecting her skills on a dangerous level and she thought it better to step aside.  On this subject I have just one thing to say to Ms. Biles.  Bravo.  Her actions unveiled one of the most crucial pieces of life advice for anyone and everyone across all spectrums of humanity.  Sometimes it is not selfish or cowardly to step down.  It is necessary.

When I was about seven or eight years old I swam for the Dolphin Club swim team at my local Richmond, Virginia JCC.  Our team was nothing to write home about, not even regionally ranked, and for sure half of the people on the swim team were only there because this was their parent designated form of physical exercise, myself included.  It was meant to be all fun and games and typically the individual medley for the little ones was about four different meet events consisting of no more than one or two laps.  Nothing to stress over, I would typically finish my medley and in an hours time be saddled up to the snack bar with my fun dip.

Then one weekend at a swim meet in Charlottesville I had my own mini Simone Biles episode.  As I entered the pool for my warm up laps I noticed something dark and shadowy on the bottom of the pool.  Some genius had painted a life size and very realistic painting of a great white shark with it’s jaws wide open in attack mode on the bottom of the pool.  My fear and anxiety quickly swelled up in my throat so much so that I exited the water immediately.

Now before you start judging me about being scared of a shark painting on the bottom of a pool, I invite you to think back to a time you thought both your feet couldn’t dangle over the edge of your bed because something demonic was for sure living under there.  I bet some of you still do this either consciously or unconsciously.  I wasn’t swimming over these sharks just to have them possibly come to life and devour me.  The risk was just too great, even though in my heart of hearts I knew this to be irrational.  Apparently, I was not the only kid having issues with this poor choice of design.  One of my teammates mothers had lied to him and told him they were “good sharks” from Winnie the Pooh.  This trick of the mind seemed to work for him.  I was not so easily fooled.  Come hell or high water I was not getting in the pool.

My dad took me aside and said, “Leigh, you don’t have to swim if you’re scared.  It’s all right.”  I said, “But Dad won’t everyone be mad at me?  Aren’t I letting the team down.”  He replied, “It doesn’t matter.”  My Dad then went up to the coach informed her of my decision and loaded me up in his big white truck and off we went.  I still had some major feelings of guilt and anger about leaving the meet and once again it was my Dad’s irreplaceable wisdom to the rescue.  He said, “Roll the window down and stick out your head.”  I did so.  He then instructed me to yell every curse word I knew and taught me a few more for good measure.  I screamed out all of my anger towards myself, towards those damn sharks on the bottom of the pool, towards the idea that quitting wasn’t the right thing to do, in a vernacular appropriate to intense feelings.  After our little car ride therapy session my Dad and I got the good noodles from the Chinese place next to the Chucky Cheese’s and sat in the back of his truck feasting to my victory.

I use the word victory because sometimes it takes more courage of conviction to be alright with stepping back rather than competing.  Believe me I am well aware that my little swim team experience is overwhelmingly eclipsed by the pressure Simone Biles was under when she made her decision.  The point is that it takes a strong person (or the support of a strong person, thanks Dad) to chose not to engage the fear because they deem the personal risk to great.  Simone proved her strength of character and maturity when she did what she thought was best for her team and her physical and mental health by stepping down.  Even more impressive is that she did so under the unforgiving eyes of the world.  My congratulations to you Simone Biles.  I tip my hat to your chutzpa.