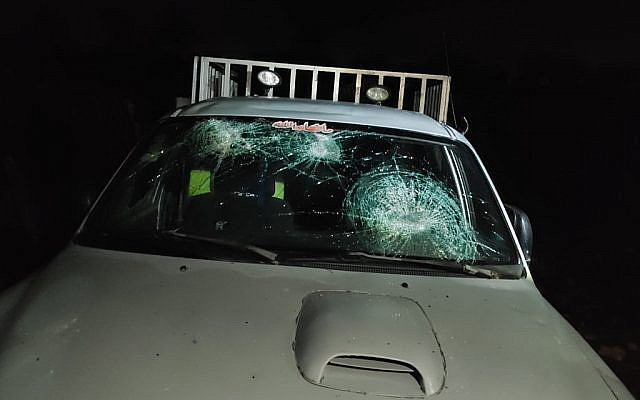 The bulk of Parashat Tetzaveh deals with the clothes to be made for Aaron the High Priest, and the ordination ceremony for Aaron and his children. There is the well known story in the Babylonian Talmud, Shabbat 31a about three non-Jews who wish to convert to Judaism. Shamai rejects each of them, but Hillel accepts them. One of them asks to learn the entire Torah while standing on one foot. Hillel famously replied: “That which is hateful to you do not do to another; that is the entire Torah, and the rest is its interpretation. Go study. “ Another wanted to convert because he had heard about the fabulous clothes of the High Priest, and wanted to become the High Priest, so that he could wear the clothes. Through his process of study he learned that he would never become High Priest, but came to understand the true value of the Jewish faith.

“Eventually, the three converts gathered together in one place, and they said: Shammai’s impatience sought to drive us from the world; Hillel’s patience brought us beneath the wings of the Divine Presence.”

I imagine that, in addition to comparing the personalities of Hillel and Shamai, the three proselytes compared notes as to what Hillel taught them. Connecting what we now call the “Golden Rule” to the clothes of the High Priest, they surely understood that they had all been taught that our conduct towards fellow human beings lies at the heart of Jewish belief and practice, and is much more important than outward trappings. Perhaps Hillel taught that the fact that the High Priests vestments included twelve different embedded precious stones meant that when serving God he was to hold all the tribes of Israel8, with all of their similarity and diversity, close to his heart. Hopefully they also realized that the Golden Rule demands that we all hold every human being close to our hearts.

A short while ago a settler from a new illegal even according to Israel outpost next to the recently legalized Mevuot Yerikho plowed his all terrain vehicle through Bedouin flocks on their way home, injuring two shepherds and a number of sheep. I understand that the shepherds are OK, but probably won’t get the hospital or veterinarian’s reports before Shabbat. Just a few weeks ago I wrote of a sheep fatally wounded in the same area under similar circumstances. Earlier in the day I led a group from the Israeli religious peace movement Oz V’Shalom, who met these same shepherds, and saw how the army was sent by settlers from another illegal even according to Israel outpost in order to limit where they were allowed to graze. That was awful enough, along with the stories in other places of violence, agricultural theft and destruction, at best not dealt with Israeli security forces.

Yesterday I had a conversation with one of the many young settlers who frequently call me with supposed questions no less ridiculous than the ones that we learn on the same page of Talmud were asked of Hillel by those who bet they could provoke him to lose his temper. He wanted to know if I would contribute to the rebuilding of the Ma’aleh Ahuvia illegal even according to Israel outpost that the army “evacuated” on Tuesday. Just as with the previous “evacuation” in April, security forces allowed them to rebuild immediately. That night there was a price tag attack against the family living closest. A car and a tractor were damaged. I told him that first he and his friends needed to repay for all of the damage that the Ma’aleh Ahuvia flock had caused to vineyards, olive groves and fields in the area. He wondered if my contribution would offset what they would pay. I said that what I might give them wouldn’t come lose to what they need to pay. However, even if it wouldn’t be good for their bank account, it would be good for their souls. He reminded me that I had long ago said I wanted to create for them a “Reish Lakish” club. Reish Lakish was a bandit who reformed his ways, and became a Talmudic sage. I said that making amends was the first step towards entering the club.

There are many outward trappings in our lives. The twelve stones this week, and the Menorah I wrote about in my previous post, can teach us lessons pointing us in the right direction. However, the trappings, even trappings such as the Land of Israel idolatrously worshiped to the point of injuring people, running over their sheep, and destroying their trees, and ruining vineyards, are far seconds to God’s Image in every human being.
On this Shabbat may we renew our commitment to the Torah on one foot that is the goal of the clothes and more holy than the Land, as holy and as beautiful as they may be.