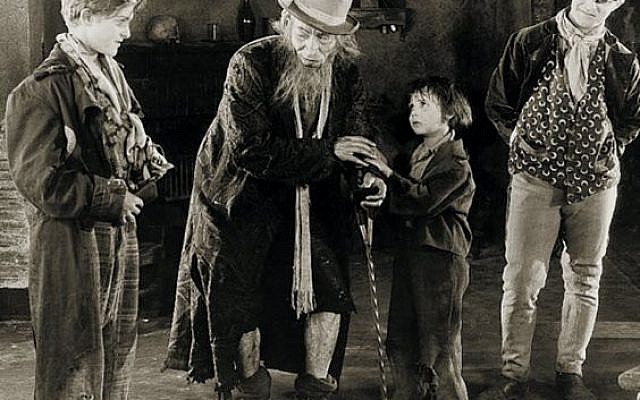 Between 1998 and 2004 I had the honour of serving as an associate editor of the Oxford Dictionary of National Biography [DNB]. My job was to suggest new subjects of Jewish interest and to commission authoritative entries for them.

The DNB dates from the late 19th century, and was intended as a standard work of reference. As such it had tended to concentrate almost exclusively on ‘the good and the great.’ This was particularly true of its Jewish entries. I took a different view. The entries that I commissioned did indeed cover ‘the good and the great,’ but also included some of the not-so-good and not-so-great, who had nonetheless made their mark on British society.

Amongst these was one Ikey [Isaac] Solomons, born in Houndsditch, London, around 1775. As the DNB entry (expertly written by Dr Sharman Kadish) records, Solomons was “a notorious East End Jewish fence” – a receiver of stolen property, a craft he appears to have learned from his father.

More to the point, Ikey is widely regarded as the most likely model for Fagin in Charles Dickens’ novel Oliver Twist, which appeared in 1838.

I was reminded of this dark history as I read news of the imaginative programme for schoolchildren just launched by the Dickens Museum in London,[1] and intended to help youngsters recognise and confront antisemitic prejudice. I applaud this initiative, but I do wonder whether the subject-matter was well-chosen.

As depicted by Dickens, Fagin is an unmistakably Jewish character, referred to scores of times in Oliver Twist as “the Jew.” This did not endear the great author to the ruling elites of Anglo-Jewry, one of whose number – the letter-writer Eliza Davis (1817-1903) – had the temerity to correspond with Dickens protesting against this Jewish characterisation.

Initially Dickens gently rebuffed these pleas. He had drawn Fagin as Jewish because (he explained) “it unfortunately was true, of the time to which the story refers, that that class of criminal almost invariably was a Jew.”[2] But Dickens later relented. Many (not all) references to Fagin’s ethnicity were removed from later editions of the novel, and in Our Mutual Friend, Dickens’ last complete novel, penned in the mid-1860s, the reader is introduced to “Mr Riah,” a much more sympathetic Jewish character.

In the first half of the 19th century, as the battle for Anglo-Jewish political rights began to be waged in earnest, what obsessed the Anglo-Jewish gentry was the public image of the community. Whether Jews numerically dominated the market in stolen goods we shall never know. What we do know with absolute certainty is that a number of Jews were prominent in this trade.

The first history of Anglo-Jewry to be written by an Anglo-Jewish writer appeared in 1847, a slim pamphlet, published in Chambers Miscellany, the work of a woman of Marrano descent, Grace Aguilar. “Jews,” she declared, “are still considered aliens and foreigners … little known and less understood. Yet they are, in fact, Jews only in their religion – Englishmen in everything else.” “A Jewish murderer, adulterer, burglar, or even petty thief, she added defiantly, “is actually unknown.”

There were plenty of Jewish criminals in Britain in the 1830s and 1840s, and it is difficult to believe that Aguilar did not know about them. Criminality among the Jewish poor obsessed the communal grandees at this time: Ikey Solomons’ dramatic escape from police custody in 1827; the trial of Sol Litsenberg, indicted at Marlborough Street Police Court in 1830 for running a gang of juvenile thieves in the vicinity of Leicester Square; the scandals which arose from cases of Jewish-run brothels, condemned by Ashkenazi Chief Rabbi Solomon Hirschell in 1836. The Jewish “fence,” dealing in stolen property, was a feature of Petticoat Lane market throughout the mid-Victorian period, and its eradication was felt by many of the lay leaders of British Jewry to be a communal priority.

In Oliver Twist Fagin is hanged. Ikey Solomons, however, hid in plain site in Australia, to which he transported himself to be near his beloved wife Hannah, also a hardened member of the Anglo-Jewish criminal class. He died in 1850 in Hobart, Tasmania, where he is buried.

We may regret his colourful, controversial life. But I hope we can agree that he earned his place in the DNB.