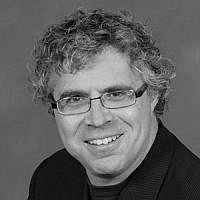 The Levin Proposal for constitutional reform in Israel has provoked intense controversy. The following is a proposal for how a middle ground might be reached.

Discussions over constitutional reform in Israel, including the latest in Israel, often refer to the Canadian experience. Both societies have constitutional traditions arising from the British tradition, and both have later moved to add an overriding charter of human rights.

For over four decades, I have both practiced constitutional law as a lawyer and served as a law professor. I have appeared at the Supreme Court of Canada over a dozen times in constitutional cases. I have advised the federal government, several provinces and territories and a number of Indigenous groups. My publications include six books relating to constitutional reform in Canada.

I believe I am also reasonably familiar with Israel’s own constitutional experience. For many years I have helped to teach a course at Hebrew University for Canadian law students. The course is focused on understanding, comparing, and contrasting Israel and Canada’s respective constitutional frameworks.

Israel’s Basic Laws are effectively its constitution and as such ordinarily override conflicting legislation. The Basic Laws also have helped to define, promote, and defend Israel’s unique character as the only liberal democracy in the region, along with being the homeland of the Jewish people. Israel’s Knesset enacts ordinary legislation. Unlike in Canada or the US, the Knesset currently does “double duty” as a constitutional convention to enact the Basic Laws that are supreme over ordinary legislation. Because they must conform to the Basic Laws, this limits the latitude available to the democratically elected members of the Knesset.

Because of the social importance and supreme legal status, constitutional amendments should be the result of a distinct and exceptional level of deliberation and approval. Unlike most states, Israel has not clearly identified a distinct and more demanding track for enacting or amending its Basic Laws.

Before the details of the Levin Proposal – or any other substantive amendments – are passed, there ideally would be a new Basic Law that clearly sets forth the process for making Basic laws. Those special requirements should include:

• ample time for public input before legislative passage, including public hearings at the Knesset,

• ratification by either a supermajority of the Knesset – say 70 votes, more than the typical size of a single governing coalition – or by direct approval by the people of Israel in a referendum. I would suggest a government of the choice of which option to pursue with a particular law, but one or the other should be required.
Even before such a Basic Law on the amending process is enacted, governments and the Knesset could, in practice, abide by such special procedures.

A great deal of the current discussion about the ability to override legislation that is not found to be consistent with the Basic Laws appears to relate to “minorities” being protected by the courts from “majorities”.

In fact, the Basic Laws in a constitution should provide reasonable protection for all individuals and all communities, irrespective of minority or majority membership. In Israel’s proportional representation system, by joining a governing coalition one or more parties often can acquire disproportionate political weight compared to its popular vote.

This can mean that sometimes, a majority needs protection from measures pushed by a minority. For example, the majority of citizens in Israel who are eligible for military service have a right to expect some equivalent required contribution to its security from other citizens who are exempted from military service.

Canada has a constitutionally defined “override” procedure with respect to a particular piece of legislation. A majority of a legislature can override the operation of our basic law on human rights, i.e., “notwithstanding” the Canadian Charter of Rights. The override can last up to five years and can be renewed.

Canada’s override procedure effectively requires a government using it to acknowledge the exceptional nature and gravity of what it is proposing to do. The procedure is, accordingly, used sparingly. I agree, however, with the existence of an override clause in Canada – as a last resort to assert the ultimate supremacy of democratically elected legislatures.

In my view, experience in Canada has shown that the override is occasionally needed. The Supreme Court of Canada sometimes gets it wrong. It goes beyond a reasonable interpretation of the law to arrive at a result it considers just. Its sense of justice is sometimes skewed in favour of some special interests over others. The Court has, for example, viewed labour unions as the vulnerable party faced with potentially overbearing governments. Actually, sometimes unions are powerful politically, and governments sometimes needs protect the interests of vulnerable groups served by the union, such as schoolchildren.

Israel, by contrast is a unitary state. Accordingly, I believe extra caution is needed in Israel if there is to be a provision that the Knesset may enact a particular measure that would override the Basic Law on individual rights. I would suggest:

• The override provision require the Knesset to explicitly state its view that a particular measure, is, in its opinion, is a reasonable limit on the Basic law on individual rights;

• A Knesset supermajority would be needed to use the override – say 70 votes;

• The override can be renewed only with the same supermajority, and only if the High Court has first given an advisory opinion on whether, in its own view, the law is a reasonable limit on the Basic law on human rights. That opinion would inform the Knesset’s deliberations, and encourage extra caution about further using the override.

The Levin Proposals would determine that only a supermajority of the High Court can find legislation invalid with the Basic Laws. I disagree. What legitimacy would a particular piece of legislation have if most High Court judges consider it invalid and the Knesset has not made an advised choice to use the override?

There should be a balance between expert and independent input and government choice. I believe the Canadian model here is a good one. Generally, In Canada, an expert and independent advisory committee nominates a short list. The advisory committee itself is mostly appointed by outside expert bodies, not governments. The government then makes the final decision. The Levin proposals, by contrast, appear to be overly tilted in favour of a current government.

Judicial supervision is a centuries-long part of the British legal tradition, and a valuable one. Executive officials know and should know that an individual has some recourse against conduct that is not reasonably well considered and outside of the envelope of sensible outcomes. In Canada, the courts generally supervise the exercise of executive authority. The standard for quashing a measure includes “unreasonableness”.

However, in Israel, security officials must sometimes make difficult choices where time is of the essence, relying on their specialized training and experience.

It might be reasonable, therefore, to maintain judicial review for “unreasonableness” in general, but provide some narrow defined exceptions – e.g., against judicial interventions involving immediate military operations. Even then, certain after-the-fact processes, including Israeli-conducted investigations of alleged breaches of international humanitarian law, should remain in place. ,

There is no evident public-interest reason for the Knesset to rush through the Levin Proposal. In my respectful view, the Levin Proposal can be the basis for a discussion in which a more moderate, tempered, enduring and widely legitimate set of reforms can emerge.

About the Author
Bryan's Jewish-themed musical "Consoulation: A Musical Mediation" premiered in the Spring of of 2018; https://consoulation.com His new album will appear in the coming months. Bryan Schwartz graduated with a doctorate in law from Yale School and holds an endowed chair at the University of Manitoba Law School. He is the author or editor of over thirty books and collections of essays. Bryan also created and helps to deliver an annual summer program at Hebrew University in Israeli law and society. He has served as a visiting Professor at both HU and Reichman university. . As a practising lawyer, Bryan has argued a number of cases at the Supreme Court of Canada, advised governments, and served as an arbitrator at the provincial, national and international level.