Lady Jakobovits’ attitude to the world could be summed in just one of her many quotes – “I have to justify myself in some small way for having survived the Holocaust by giving myself to others, to those who have less. Otherwise there would be no reason for me to be alive.”

Having survived the Holocaust, Lady J, as she was affectionately known by all, moved to England from America in 1966 after her husband Lord Immanuel Jakobovits was appointed as Chief Rabbi of the Commonwealth. She quickly became part of the fabric of Anglo-Jewry, emerging as the unofficial ‘Chief Rebbetzin’ and building personal relationships with thousands of individuals across the community. She had a profound impact on those around her.

Her life centred on actions, helping those who need it now, not waiting for a more convenient moment. It wasn’t just about her big gestures but an accumulation of small acts that had an immeasurable impact and demanded unprecedented respect within British Jewry.

On a personal level, I benefited from a relationship with Lady J that spanned over twenty five years. For me, Lady J was a mentor, a confidante, an adviser, a friend and a true role model of refined communal leadership. For many of those years she coached me in the art of principled leadership combined with sensitive communal navigation of people, as opposed to institutions. Lady J was a person of high integrity and authenticity of purpose and action combined with a keen understanding of the realities dictated by the multifaceted world in which we live.

Lady J was the quintessential embodiment of the healthy balance, able to formalise a relationship between traditionally observant Judaism and the modern world. She was devout and uncompromising in her religious beliefs whilst being genuinely tolerant and respectful of others. She fought for religious observance, yet was genuinely empathetic of problems around the world and the well-being of others. Perhaps it was her French upbringing that imbued her with such a chic joi de vivre combined with a generous helping of charm and an irresistible passion for life. She was courageous and principled in her beliefs and unabashed in standing up to defend them. Perhaps, this was the power of her remarkable personality. The compelling nature of so manifestly being and living the values you espouse.

During my time I have found that Lady J’s values and outlook on the world very much mirrored many educational needs in the community. Lady J has certainly been a guiding light in the evolution of my personal communal involvement. As such, when the Jakobovits Daughters all approached me in one huge flurry of Lady Ameliesque energy and enthusiasm to create one of our productions around their illustrious Mummy, the challenge was irresistible.

Our aim with the film and book about Lady J is to attempt to capture the personality and values of a remarkable leader of our generation- one whose very magnetism was perhaps her “normality”. For me, its success will be measured by each person who delves into the book or film and resolves to themselves to “Do a Lady J-Do it right away”. Her actions were simple, her values timeless. Lady J is someone that each of us-young or old, man or woman, can emulate to be.

Undeniably, Lady J had such an impact on not just myself, but the whole UK Jewry. And it was not surprising that when she passed away in 2010, a crowd of 5,000 mourners gathered outside her residence in Hendon. A letter of condolence written after her death perfectly articulated what made Lady J so special: ‘she was the busiest person I ever met, but she had time for all of us.’

Lady J’s attitude, demeanour and work should be an inspiration for us all. When you think of something that’s truly worthwhile, don’t wait, just go out and do it. We can all learn so much from this great lady who achieved so much with little fuss and little pretence, with no patience for nonsense and a constant call to action.

About the Author
Rabbi Naftali Schiff is the Founder and CEO of Jewish Futures, a diverse family of non-profit educational organisations each addressing a specific need and niche. These include JRoots, GIFT, Aish UK, Chazak, Chazon, Shelanu, Ta’am, Time4Torah, Legacy Live, Aleinu, and the Forum for Jewish Leadership. Jewish Futures is committed to creating and implementing far reaching solutions that will realise the vision of a brighter Jewish future. Naftali studied Economics and International Relations at the London School of Economics, received Rabbinic ordination from the Israel and Jerusalem Rabbinate and Diploma of Education from Israel Ministry of Education. He served in the IDF Givati Infantry unit and is a founding board member of Loving World and a number of philanthropic foundations.
Comments 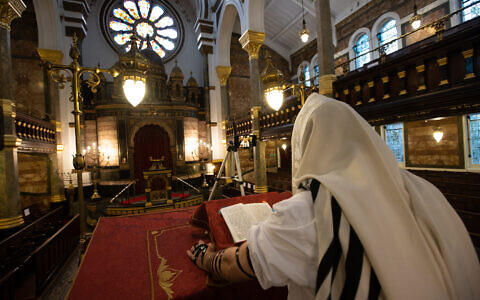 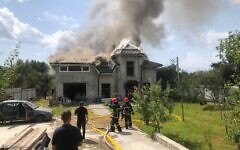 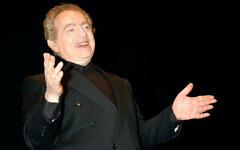 A fond farewell to a comedy rock star
Brigit Grant 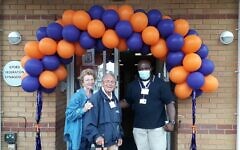 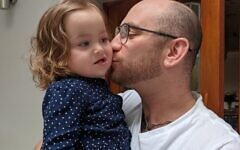