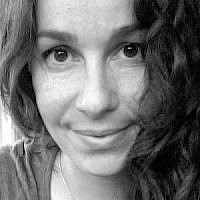 The Blogs
Sarah Levin
Apply for a Blog
Advertisement
Please note that the posts on The Blogs are contributed by third parties. The opinions, facts and any media content in them are presented solely by the authors, and neither The Times of Israel nor its partners assume any responsibility for them. Please contact us in case of abuse. In case of abuse,
Report this post.

Earlier this month, when Congresswoman Ilhan Omar accused American Jews of dual-loyalty to the State of Israel, many former Jewish refugees from Arab countries and Iran recoiled, remembering the innocent Jewish lives imprisoned and lost in their countries of origin because of anti-Semitic accusations of dual loyalty. American Jews, including those from the Arab world and Iran, questioned why leaders of the Democratic party insist on keeping Congresswoman Omar on the House Foreign Affairs Committee after she repeatedly spouted the same anti-Semitic tropes that led to the oppression and ethnic cleansing of one million Jews from the Middle East and North Africa. Why are they allowing a member who clearly knows so little about Israel and global anti-Semitism to sit on a committee that helps shape US Foreign Policy?

Jewish immigrants from Arab countries remember how seeds of anti-Semitism sprouted into full-fledged state-sanctioned, anti-Zionism as Arab-nationalism spread through the Middle East and North Africa in the 20th century.  Upon the establishment of the modern-state of Israel in 1948, country after country throughout the region turned against their indigenous Jewish populations by passing numerous laws stripping Jews of their rights, and decrees criminalizing Zionism.

For example, in 1948, an Iraqi law was amended to equate Zionism with anarchism and immorality – a crime punishable by seven years imprisonment. A 1956 amendment to Egypt’s Nationality law stipulated that, “Zionists were barred from being Egyptian nationals.” In more severe cases, like Libya, laws were passed that completely restricted communication with individuals in Israel. Sadly, in 1961 Libya passed a law restricting citizenship to all but six Jews – leading to the ethnic cleansing of an entire Jewish community. When Ayatollah Khomeini took control of Iran in the wake of the 1979 Islamic Revolution, he promptly murdered a prominent leader in the Jewish community, Habib Elghanian (Z”L). Mr. Elghanian  was accused of being a Zionist spy and his sham trial and subsequent murder sent a very clear message to the Jews of Iran.

Zionism in the Middle East and North Africa was hardly ever defined by Arab governments and this ambiguity enabled terrible acts of anti-Semitism to happen under the color of law. Jews were denied legal representation in courts of justice and Jews throughout the region were regularly imprisoned, tortured and even hanged because of their supposed dual-loyalty and alleged relationships to the “Zionist regime.” Anti-Zionism in the Arab world contributed to the alienation and othering of entire Jewish communities – and a similar form of alienation is happening again today in the USA, but it’s perpetrators are ironically leaders in progressive movements.  This should have us all deeply concerned.

The irony of anti-Zionism laws in Arab countries is that they ultimately helped strengthen Israel. As Jews in Arab countries and Iran faced mounting anti-Semitism that was codified as part of national anti-Zionism agendas, daily life became untenable and led to the ultimate departure and ethnic cleansing of one million Jews from the region. 650,000 Jews from Arab countries fled to Israel as dispossessed refugees. This led to a population boom in Israel, and a “brain-drain” in the Arab world – the losses of which still reverberate today.

Another irony is that the anti-Zionism that pervaded the Arab world in the 20th century did nothing to improve the lives of Palestinians and this consequential story should be noted by those leaning towards anti-Zionism for the sake of Palestinian rights. Those supporting movements to isolate, boycott and divest from Israel are pushing a dangerous and divisive agenda that has proven to be counter-productive and totally ineffective. While they’ve failed to secure the rights of Palestinians, champions of BDS and anti-Zionism have excelled in exposing their anti-Semitic tendencies. Their narrow attitudes and approach seem not so dissimilar from the governments that expelled and ethnically cleansed Jews from Arab countries.

While anti-Zionist activists and leaders here in the USA continue to drum up anti-Semitic controversies, they are missing efforts taking place through diplomatic and grassroots channels to strengthen relations between Arabs and Jews in the Middle East. It’s been widely reported, that this past winter three delegations from Iraq visited Israel, and there are a growing number of progressive groups in the Arab world eager to re-establish relationships with diverse Jewish communities around the world – including those in Israel. This is not to mention a range of Jewish groups in the US, including JIMENA, who work closely with Arab partners both here and in the Middle East. Not all of the organizations involved in normalization efforts are led by groups on the far left. We come from a diversity of backgrounds and outlooks and it’s a total fallacy to believe that only those groups and leaders labeled as “progressive” are able to lead and engage in productive normalization efforts.

Anti-Zionist leaders here in the USA could care less about diverse normalization efforts, because they are solely focused on mainstreaming the vilification of Israel and its supporters. Like Arab governments who criminalized Zionism as a means of persecuting Jews – anti-Zionist leaders here in the USA have proven time and again to center their activism more on the de-legitimization of Israel and the isolation of Jewish people, than the advancement of Palestinians. If “progressive” activists and politicians truly cared about finding equitable solutions for Palestinians, they would cross ideological barriers and work with diverse coalitions and groups on developing new strategies and solutions rather than continuing to promote failed ones like BDS.

In order to be truly in integrity with progressive values, it’s important for American Jews and progressive politicians like Ihan Omar to pay close attention to both the threats of white supremacy and the current manifestation of anti-Semitism that come from the Middle East. By ignoring the very oppressive and violent anti-Zionism in Arab countries and Iran, we continue to sanction anti-Semitism in the Arab world and we further marginalize the one million Jews who fled or were ethnically cleansed from Arab countries and Iran.  How helpful it would be if American Jewish leadership from all ideological orientations could unify at this critical time to build consensus and strategies of how to address the current manifestations of anti-Semitism we see growing every day – from both the right and the left.

I welcome Congresswoman Ilhan Omar’s comments in her latest Washington Post opinion piece. As over half of Israel’s Jewish population descend from Jewish refugees from Arab countries and Iran, it is imperative for her and her colleagues to recognize this part of Jewish and Middle Eastern history.

About the Author
Sarah Levin is the Executive Director of JIMENA: Jews Indigenous to the Middle East and North Africa, an advocacy and education institution dedicated to raising awareness to Jewish refugees from Arab countries and Iran. Sarah has conceptualized and developed a number of campaigns and projects for Mizrahi and Sephardic Jews to explore and preserve their heritage and identity.
Comments