It started with the Crusades! Most people hear that word and think of charities. There are quite a few organizations that innocently use the word crusade in their names.

Or they might think of The Crusaders, a public high school sports team in a New Jersey suburb.

Possibly the word has been so corrupted that many don’t reference its original meaning. That being the case will the word Nazi one day morph into something benign? The partner word, Holocaust, has already been repeatedly used to signify less sinister events. It’s even used in bad jokes. Even by Jews. Think I’m kidding? Remember Larry David’s Curb episode about a survivor.

So, let’s be clear: The Crusades lasted for several hundreds of years and were anything but benign! Many of our people, Jewish people, were brutally murdered in its wake, as European fanatics battled to eradicate/exterminate/eliminate/kill the Jews and Muslims living in Jerusalem. Parenthetically, it seems that wherever we Jews are, we are perceived as threats. Haven’t you noticed?

And so it was that our daughter Amy, a sixth grader at the time of our discussion, came home from her public school one day in 1975, with an assignment to write a report on the heroic and brave Crusaders. Huh?

Now, please understand, I am not a violent person. I deplore much of what’s newsworthy today. Lies of unbelievable proportion. Mayhem. Murder. Coups against our government. And revisionist history like the Crusaders being the good guys!

I was furious about the assignment. Early the next morning I was in the principal’s office. Perhaps there was even smoke coming out of my ears. This was an emergency. And he, a really nice, gentle, caring man with whom I’d always had a pleasant relationship, saw me promptly and listened to my complaint. But he just didn’t get it! He pointed out all the different uses of the word crusader or crusade and his spin on it was that, hey, these were good people who merely wanted to drive the infidels out of the holy city. You know, sort of like Charlottesville, Va, where there were good people on both sides. Your president said so. It didn’t even occur to that nice principal that we, we Jews, were descendants of some of those infidels, those who hadn’t been killed of course. His mindset was that this happened 1000 years ago, or so, and learning about them couldn’t be offensive. Those Crusaders were truly brave guys driven by zeal and idealism.

True this was a history lesson. But it was history so altered as to be unrecognizable. Flipped over so that the truth was a lie and a lie was the truth.

I would have been supportive if the required report was to put the Crusaders in the proper historical light. But it wasn’t. Sometimes it pays to look at what kids learn in school. I’m not a book-burner by any means but when a book sets out to change history, it doesn’t belong in a classroom.

Needless to say Amy did not write that report. And finally we, her parents, acquiesced to her long term desperation to attend day school. This was something she had always wanted and, I guiltily admit, we saw the many dollar signs involved in sending four kids to day school, and repeatedly closed the conversation. Not this time.

I myself was, ingloriously, a day school dropout. After four years as a pupil at the Hebrew Academy of Essex County, on the corner of South 13th Street and Clinton Avenue in Newark’s Clinton Hill neighborhood, my parents finally let me leave. I was just too envious of my friends in the neighborhood who arrived home from public school early enough to have lots of playtime on Aldine Street, while my school bus dropped me off when it was nearly dinner time. Hence, I devised multiple excuses and myriad stomach aches and the like in order to be released from what was, even then, an expensive undertaking, unappreciated by me! That school eventually became the Kushner Academy and my picture hangs on their wall in a class photo from the 1940s. I can be seen with a skirt (girls didn’t wear pants to school in those days) and braided pigtails, with an unfriendly, even angry, frown on my face. A serious frown! Four of my grandchildren eventually attended that school and fortunately my frown didn’t deter them, two generations later. Next time you’re in Kushner’s lobby look for me. I was about 8 when that picture of my class was taken. And I had already learned a lot from my yeshivish education. I was reading Hebrew fluently at age 4, even though I’m no prodigy. Day schools teach well! To this day I regret my early departure. There was so much to learn that I never learned at all.

So here was the conundrum. Amy always wanted to go to day school. The three younger kids deserved no less. It would be very hard, even more than financially but logistically to enroll all four of them. But, those zealots, those Crusaders, were the final straw. We would do it!

At the beginning of our time at the Solomon Schechter Day School of Essex and Union we had two kids in Upper School and two in Lower School. I did all the driving and, of course, the closing times of the two schools, which were in different locations, necessitated two trips every single afternoon. That was my life in those days. Driving. I kid you not.

Hard for me to now imagine those multiple trips each weekday. But each of those kids, our children, graduated from the SSDS High School. Their schooling was triumphant. Being Jewish was important to them. And learning what being Jewish meant was formative. They learned that at school and, happily, they never forgot it.

Of course, it was Amy who paved the way. As the eldest, she set many of our child rearing goals and forced us to implement them. Gently indeed but also passionately. If I didn’t know better, I might even call her a Crusader! I won’t. 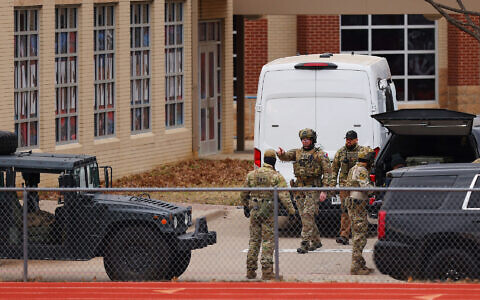 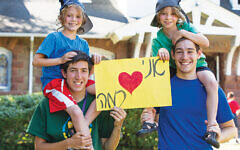 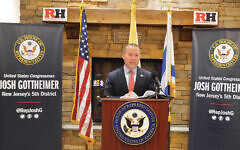 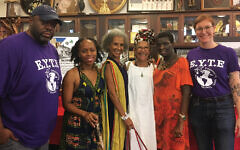 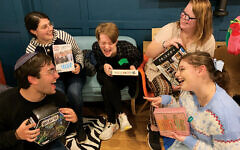