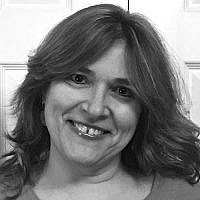 The Blogs
Melissa Landa
Apply for a Blog
Advertisement
Please note that the posts on The Blogs are contributed by third parties. The opinions, facts and any media content in them are presented solely by the authors, and neither The Times of Israel nor its partners assume any responsibility for them. Please contact us in case of abuse. In case of abuse,
Report this post.

As advances in technology have globalized the 21st century world economy and the political landscapes of the United States, it is incumbent on American educators to prepare American students to be globally oriented and culturally competent. To address the need for students to develop global awareness and cultural competence — the attitudes, skills, and behaviors that enable one to interact positively and productively with all people — educators and policy makers have recommended that American colleges and universities internationalize their programs of education by expanding study abroad opportunities for students.

When students study abroad in a country of interest to them, they benefit in multiple ways. They begin to identify and analyze their beliefs, confront their ethnocentric worldviews, and challenge their own stereotypes and assumptions. Ultimately, they develop cultural competency, including openness, curiosity, respect, cultural knowledge, and the ability to interact positively and productively with members of cultural groups different from their own. Given that schools, workplaces, and communities in the United States are becoming increasingly diverse, these are essential skills for all students to acquire, whether they choose to enter the world of diplomacy, business, medicine, journalism, education, law, or public service.

Despite this recommendation, growing numbers of American faculty members who support the discriminatory campaign to Boycott, Sanction, and Divest from Israel (BDS) are attempting to prevent students who choose to study in Israel from doing so. At Pitzer College in California, for example, faculty proponents of the BDS campaign are trying to eradicate a semester program in Haifa and at the University of Michigan, Professor John Cheney-Lippold refused to write a letter of recommendation for a student based on her selection of Israel as the site for her study abroad experience.

The actions of these American scholars, who appear unable or unwilling to differentiate between politics and culture and between their personal views and their professional duties, are contributing to a crisis in American education whereby American students continue to lag far behind their peers in other countries in their knowledge of world cultures, international issues, and world languages. An example of their poor performance has been demonstrated by a global literacy surveythat asked 1,203 young adults 75 questions about geography, current events, and economics and trade, and that revealed an average score among 18-to-26-year-olds who attend or have attended a two- or four-year college in the United States, of just 55 percent.

In addition to preventing their students from increasing their cultural competence, these self-serving members of BDS are denying their students the opportunity to engage in experiential learning about topics and issues that are unique to Israel. They are preventing them from onsite learning about some of the most cherished sites for Jews, Muslims, Christians, and members of the Baha’i faith; from directly studying archeological ruins dating back to the Romans and the Byzantine Empire; and seeing first hand the contested areas that are discussed almost daily in the American press. These professors are denying their students the opportunity to engage with Ethiopian Jewish members of the Knesset, whose remarkable life stories include walking across the Sudanese Desert, hiding their Jewish identities in Sudanese refugee camps for fear of death, and being rescued by Israel in a secret airlift. Simply put, they are preventing their students from directly exploring the cultural complexity and diversity of Israel from an academic perspective and from formulating their own perspective on the country.

However, what is most concerning is that these educators are modeling their own lack of culturally competent attitudes, skills, and behaviors, which calls into question their ability to interact professionally with colleagues and students from diverse backgrounds. They are demonstrating an absence of openness, curiosity, and respect for a society that is unfamiliar to them and, instead, are exposing their own xenophobic assumptions and conclusions based on what they have heard and what they have been told, rather than on their own exploration of the country. In cases where these individuals have spent time in Israel and formulated their views on first-hand experiences, they are selfishly denying their students the opportunity to do the same, suggesting that they are willing to jeopardize their students’ education while prioritizing their own personal agendas.

If American colleges and universities are to recognize the critical importance of educating students for the 21st century global society, they must eradicate bias in their midst. Administrators must reject the efforts of the BDS campaign to prevent study abroad in Israel and insist that faculty members help to facilitate that experience for any qualified student who requests their support. If they do not, they must bear some responsibility for threatening the ability of their graduates to succeed in an increasingly interconnected and diverse world, and simultaneously for encouraging xenophobic hostility, racism, and antisemitism that we are seeing in alarming rates across the world.

About the Author
Melissa Landa Ph.D has been addressing the tactics and goals of the BDS campaign for four years. Most recently, she founded the new organization, Alliance for Israel. The diverse leadership and membership of Alliance for Israel reflects Melissa's teaching and research on cultural competence and anti-bias education as a former Assistant Clinical Professor in the College of Education at the University of Maryland. Melissa taught courses about music as a form of social protest in apartheid South Africa (where she grew up) and about attitudes and beliefs about the "Other". She also created and led a University of Maryland short-term education abroad program in Israel that explored the immigration and acculturation experiences of Ethiopian Jews. Melissa earned her B.A from Oberlin College, her M.A. from Tufts University, and her Ph.D. from the University of Maryland and is the author of two books, articles in peer-reviewed journals, and numerous op-eds. You can contact Melissa by email: Melissa@alliance4israel.org
Related Topics
Related Posts
Comments