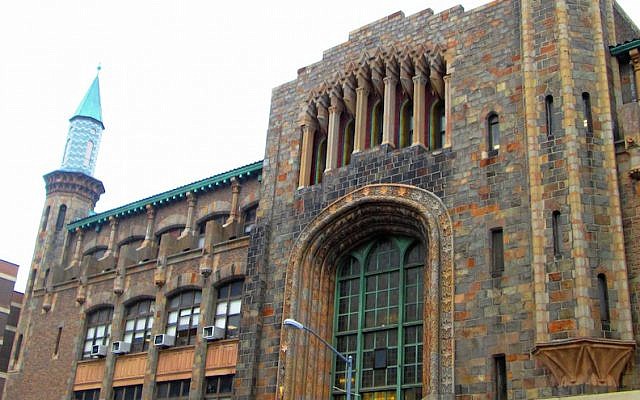 This past month, there have been two major news stories involving the Orthodox community that have been heavily covered by the general press. One story involves Yeshiva University, and its battle to prevent a group of LGBTQ students from organizing a pride club on campus. The other involves an investigative report by The New York Times that outlined major failings in the Hasidic community with respect to secular education and corporal punishment.

Both stories address some very difficult questions of balancing religious freedom with other competing factors. I am not going to explore the various problems that are involved in each case – there are people far wiser and more qualified than me to explain the very sticky and complicated issues that each story presents.

What I would like to discuss instead is a troubling pattern that I’ve witnessed in recent years – and which is very much evident in both stories: the culture of fear which has enveloped the Orthodox community.

Many years ago there was a story circulating that Hasidic families would often have television sets delivered in cartons labeled for air conditioners, in order to prevent neighbors from knowing that they purchased a television set — a no-no in some Hasidic circles. I don’t know if there is any validity to this story, or whether it’s an urban legend, but it really doesn’t matter. It points to a very real problem in both the Haredi and Hasidic communities, where members either follow the strictest religious dictates simply because they fear someone is looking over their shoulder and judging them a certain way, or alternatively hide the fact that they are engaging in certain activities that might be frowned upon by others to the right of them religiously.

This is most evident right now in one specific area — the use of smartphones and the internet at home. There are many schools in the Haredi and Hasidic communities where parents are asked to sign documents pledging that they do not use smartphones or use the internet at home for non-business purposes. Many families sign these documents to get their children into the schools of their choice, even though they might be using smartphones (and lying about it in their declaration). Others might abide by the promise they make, but are doing so reluctantly, for fear of being judged a certain way by their contemporaries.

This same problem also manifests itself when it comes to secular education, the subject of the expose in The New York Times. Allison Josephs, the founder of Jew in the City, recounts a story in which a Hasidic Jew asked permission of his rebbe to attend graduate school. The rebbe gave him his blessing, but told the individual that he should never tell anyone that he (the rebbe) had given him such permission. Apparently, there are many people — including the rebbe himself — who are always looking to their right, out of concern how others will react. They are fearful about what the more stringent folks will say if they do this or perform that, which then means the entire community ends up being held hostage by a small group of zealots.

There is a sizable quantity of people in the Hasidic and Haredi communities who desperately want their children to be better educated in secular subjects, but who are afraid to voice their opinion for fear of being judged critically by their more right-wing peers. That might be the cruelest part of the New York Times story… not that many children are sorely uneducated in secular subjects, but that a significant number of them desire better secular education, and are afraid to speak up to obtain it.

Of course, the Hasidic and Haredi communities are not monolithic. There are certainly many highly educated folks in both communities, and one of the serious faults of The New York Times expose was that it generalized too much about the problem. Also, I am definitely not close enough to these communities to suggest any recommendations for change. However, it is clear that there is a significant group of individuals in these communities who are afraid to speak up, which is very sad.

Now you might be thinking that the culture of fear that I have just described is a problem that does not affect the Modern Orthodox community. However, I’m not sure that’s true – and the Yeshiva University story seems to be an example of the same problem rearing its ugly head, albeit in a different way.

I am not privy to the day-to-day activities at Yeshiva University, and don’t know exactly what’s happening on the ground right now. However, I did speak with several students who currently attend the school, and asked them whether they personally knew any of their fellow students who supported the LGBTQ students’ fight to organize a pride club on campus. Based on this very limited research, it seems that the majority of students support the school in its effort to ban the club (and were not shy about saying so), and that a significant minority of students felt the LGBTQ students should be allowed to form a club – yet were afraid to voice their opinions because of the consequences. Only a tiny percentage of students have publicly offered their words of support to the LGBTQ students on campus. Another recent New York Times article lends support to this theory — a reporter who was covering the story asked more than a dozen students to offer their opinion on the subject, and none of them agreed to speak on record.

And it’s not only students who have been silent about this politically charged issue. A petition in support of the pride club recently has been circulating among faculty at Yeshiva University’s graduate and undergraduate programs. Although it was a relatively small percentage of the total signatures, there was a sizable number of supporters who signed the petition — and who also wished to remain anonymous.

In many ways, you can’t blame people for hiding their feelings about this issue. Ruthie Levi, who is a moderator for the local listserv TeaneckShuls, recently went public and expressed her support for the LGBTQ students – and was bombarded with hate emails for taking such a position.

In fairness, there are probably more liberal Modern Orthodox communities where people feel comfortable expressing their support of the LGBTQ students organizing a pride club. In such communities, there might even be a backlash against those who support YU’s position — and those supporters of YU would be the ones who were forced to remain quiet.

However, I think most of the silence in the Modern Orthodox community parallels the silence in the Haredi and Hasidic communities, as it is the fear of what those to the right of us may be thinking that prevents the expression of our true feelings. The specific issues might be different for each community, but the fear factor is the same.

The problem is further reinforced by the lack of civil discourse when it comes to discussing controversial issues today. It wasn’t always that way. Rabbi Heshie Billet recently recounted an incident in 1969, where on the day of the Chag haSemicha, the new rabbis’ ordination ceremony, more than 1,000 Yeshiva University students demonstrated against the school’s decision to incorporate as a secular institution, so that it could receive government funds. The students objected to the notion that the school they were attending was no longer sectarian, as they felt that the yeshiva was just as important, if not more important, than the secular side.

The demonstration was peaceful. None of the signs or statements contained ad hominem attacks or were insulting. The basic content of the protest was to try to save the essence of what Yeshiva College had always been, a place of study that was connected to a full liberal arts college program.

Despite the protests, and even the Rav’s (Rabbi Joseph B. Soloveitchik) forceful disagreement with the policy, the school incorporated as a secular college in order to obtain government funds. Ironically, if the school had not done this, YU would now stand on very firm legal grounds of religious freedom to prevent the pride club from organizing.

But that’s not my point. The reason I bring up the story is that back then, there was respectful disagreement and discussion. YU made its decision, rightly or wrongly. Those who disagreed were allowed to publicly express their views, without being attacked by the other side. No lawsuits or threats. And thankfully the school survived… and thrived.

Can things still be worked out between the LGBTQ students and the Yeshiva University administration? I hope so, although in today’s toxic and litigious environment, it will be difficult. In retrospect, I think it would have been better if there had been more of an effort to find some compromise — in order to have avoided the courts and the resulting negative PR for the school. And much of it starts with overcoming that culture of fear that unfortunately has become so prevalent in our community.

I don’t know how the YU story will end. And I don’t know if the expose in The New York Times will help effect any meaningful changes in the Hasidic community vis a vis secular education and corporal punishment. I do hope that, moving forward, we can be more honest with our feelings, and respect our differences in a more open and productive manner.