The Blogs
Ari Mushell
Apply for a Blog
Advertisement
Please note that the posts on The Blogs are contributed by third parties. The opinions, facts and any media content in them are presented solely by the authors, and neither The Times of Israel nor its partners assume any responsibility for them. Please contact us in case of abuse. In case of abuse,
Report this post. 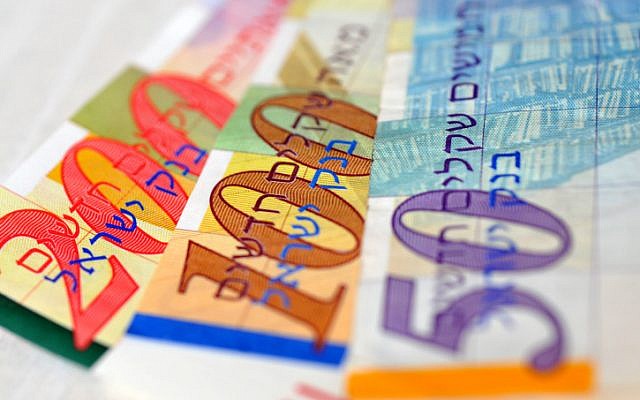 According to the 2015 CIA Factbook, Israel’s knowledge-based technology sector employs 9% of the workforce. From 2004-11, Israel’s economy grew at 5% per year, primarily fueled by technological exports. During that time, the Bank of Israel devalued the Shekel to promote its burgeoning export market. Concurrently and consequently, the cost of living soared, especially commodity prices, due to both the strengthening economy and the higher price of imports.

Another effect of the growing yet proportionally small technology sector is an income gap. The remainder of the Israeli workforce primarily works in the manufacturing and services industry, which have seen a downward trend in business activity. These structural disparities create growing profits for one sector contrasting stagnant or lower profits for other sectors. When this occurs, cartel-like groups control the economy because few see success while the majority lags behind.

There are numerous suggested avenues to handle economic cartels. As mentioned, economic cartels hold power because of asymmetrical economic activity favoring certain economic sectors. Socialist-leaning economic policy would seek to redistribute the wealth from the profitable sector to the less-profitable sector through higher taxes. However, as libertarian/conservative economists tell us, higher taxes on one sector limits the incentive of that sector, which, in turn, decreases the whole pie for everyone. Therefore, redistribution would be self-defeating.

An alternative avenue to handle economic cartels is deficit spending. Per Keynesian economics, named for and promoted by famed English economist John Maynard Keynes, a government can spark an economy through deficit spending. That is, a government infuses the economy with cash by increasing its debt load instead of raising taxes. Here too, an increase in cash would theoretically boost the non-technology sectors of the economy without an increased tax burden upon the cartels, thereby placing all sectors on equal footing. There is much criticism of this approach, notably the increased economic debt load that can harm the economy and the increased number of people looking for jobs, which decreases labor costs. With decreased labor costs, commodity prices tend to remain constant because manufacturers earn more per sale. As a result, Keynesian economics can harm other sectors of the economy without elevating those it seeks to help.

A different option to break economic cartel power is to nullify the source of its power. As stated, the weaker shekel opened the export markets, which made technology-exporting companies dynamic. Strengthening the currency would have the opposite effect: slow the export market while lowering commodity prices, which helps lower-income consumers retain more of their earnings. Would Israel want to tear down the industry that helped it ride through the Great Recession relatively unscathed? Furthermore a stronger currency hurts the Israeli tourism industry, which is one of Israel’s strongest source of revenue. Tourists appreciate their stronger home currency and therefore spend more. A reverse in Israeli currency economics would significantly affect the traditionally strong tourist industry.

Moreover, breaking the cartel may have other detrimental consequences. Prior to currency devaluation and the opening of the Israeli export market, Israel’s economy stagnated and was susceptible to serious economic shock. It also did not have significant foreign investment. Under current circumstances, destroying the cartel would send the message that Israel is not serious about its technology export market, which would trigger capital outflows from foreign investors. Foreign withdrawal would affect not just Israel’s economic position; it would likely affect Israel’s political position. Robust foreign cooperation puts Israel in a stronger political position that may be lost through perceived unwanted economic intervention.

Clearly, tackling income inequality is a difficult proposition. Utilizing various tactics may be self-defeating, even on the political front. On the other hand, income inequality bred a ruling economic cartel that pressures the middle class. A repercussion of a ruling economic cartel is that those feeling squeezed by the cartel can back politicians who vow to destroy the cartels. It would be advantageous to solve the issue prophylactically. However, what is the solution?

In addition, the creation of an elite business class arguably breeds excessive risk taking. Analogously, some argue that the bailout of the U.S. banking industry propagated the concept of excessive risk taking with impunity. The argument is that because the government has and likely will bail them out, they have no impetus to act responsibly, so acting outside responsible lines is acceptable if it can garner a big profit. In turn, they argue, the banking industry becomes too powerful with no protection for the little guy. The same may applicable for the Israeli economic cartel. If they view their position as the engine powering the economy, they may engage in risky business in the hopes of profiting without regard for economic downside or any ripple effect.