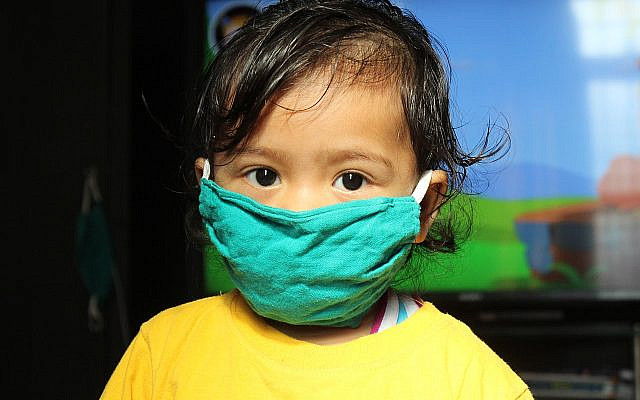 A few years ago, I was attending synagogue services on a Shabbat morning in New York as I usually do when I visit New York (remember when synagogues and churches and mosques used to be open?). At the kiddush following the services, I was talking to some people, when a woman I know—who knew that I live in Israel—came up to me and said: “Did you hear what happened in Israel last week? It has never been so bad!” I begged to differ and responded that there have been many difficult periods in our history, but somehow, we have had the fortitude and resilience to overcome all of them.

This reminded me that it can be helpful to know our histories, whether as Americans or Israelis. I am actually a citizen of both countries. Knowing our history can provide us with a sense of perspective, help us put today’s critical challenges into context, and offer us some hope for the future.

During the five and a half years that I have been retired, I have had more time to read serious books than in the years that I was working. In particular, I have read  many biographies, including  Yitzhak Rabin: Soldier, Leader, Statesman (by Itamar Rabinovich), David Ben Gurion: Father of Modern Israel (by Anita Shapira), Alexander Hamilton (By Ron Chernow) , The Splendid and the Vile: A Saga of Churchill, Family and Defiance During the Blitz (by Eric Larson). In addition, I have read a superb book on American history entitled These Truths: A History of the United States by Jill Lepore, which was a tour de force by a fabulous writer and excellent historian, which helped me understand all of the issues which have resurfaced in the United States in recent months with regard to the ongoing oppression of and discrimination against African-Americans in American society, which goes right back to the beginning.

I have also had time to view a few of Ken Burns’ important documentary series, including most recently one on Prohibition, one on The Roosevelts, and a few years ago, the one on the Vietnam War. These amazing informative and investigative films have given me the context for understanding many of the challenges that American society faced with fortitude and trust over the decades, some of which are still perplexing American society today: race relations, immigration, attitudes to women, and much more.

Similarly, I just watched two episodes of a new documentary series entitled Tangled Roots which related the complex and often contradictory narratives of the Israeli-Palestinian conflict in new and nuanced ways. This has helped me understand deeper the “double narrative” with which I have been living during the 41 years that I have lived in Israel.

What have I learned from reading these historical books and viewing historical documentaries?

First of all, I have learned that visionary, courageous and committed leaders can make a huge difference in helping societies meet seemingly impossible challenges in times of great fear and danger. Franklin D. Roosevelt, Winston Churchill and David Ben Gurion are just some of the most outstanding examples. They spoke and acted wisely to their citizens—of all political persuasions, races and religions– at moments of great despair, providing them with confidence and hope in a better future.

This is, of course, in stark contrast to the disastrous “leaders” who are in charge these days in the USA and in Israel, who offer no vision and no hope in the current crises of the moment, but persist in incitement, division, and personal aggrandizement.  Our “leaders” today have learned nothing from history. Rather, they twist and distort history, to use it for their own narrow political purposes.

Secondly, I have learned that an overwhelming number of people in our societies will follow wise and courageous leaders because they have faith in their commitment and dedication to the common good, not just to one sector of society and not just to themselves and their families! Since visionary and calming leaders talk sense to their people, as in the cases of Roosevelt and Churchill, the citizens will be prepared to suffer extreme difficulties, even for a long time, because they have trust in their leaders. Such was the case with Americans during World War II and with the British during the blitz, to name just two important examples.

At the moment, the reverse is the case. Both in Israel and the USA, we have very little trust in our “leaders”. Instead, we see them as self-serving, corrupt, deceitful people who rarely speak the truth. Rather than being honest, they offer us lies, spin and wild unproved conspiracy theories all the time.

Thirdly, I have learned that reading and understanding history helps us put things in perspective. Thus, I have learned to reject the statement that says “things have never been so bad.”  This is patently false.

The worst period in my life in Israel during the past 41 years was during the Second Intifada (2000-2003), when suicide bombs were going off in the streets of Jerusalem almost every day for 3 years. One of them almost blew me up when I was sitting at a cafe in the German Colony in Jerusalem.  For other people, who have lived in Israel longer than I, the War of Independence in 1948-49 was a much more difficult time, when it was not clear if the new state of Israel would survive. For other people who are from the previous generation, living through and surviving the Shoah was without doubt the most difficult period in their lives.

The main lesson that I have learned from reading and viewing history is the need for patience, fortitude, and resilience. Without these qualities, we will wallow in despair and drown in extreme anxiety.

It is important that we take lots of deep breaths and have faith that we will emerge from this long health and economic crisis. It will not be easy, nor will it be quick. But we can learn and be inspired from other periods in history, in which societies mired in deep disasters emerged from them—sometimes even with problematic leadership– and built a better future for themselves, their children and grandchildren. 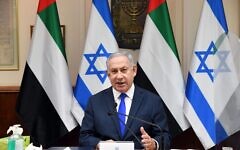