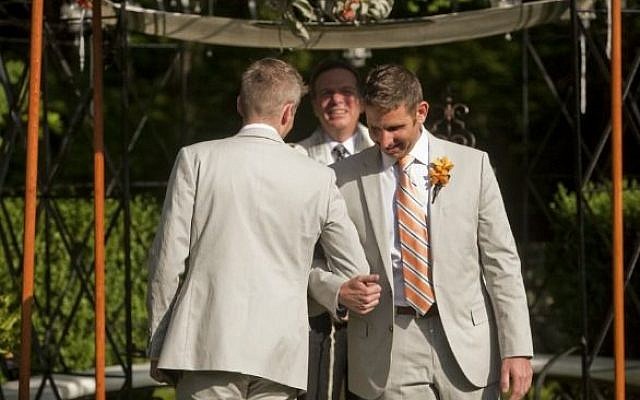 Clearly explained for every intelligent human, the Torah and Talmud condemn homosexuality for heterosexual men only.

Some rare Orthodox rabbis have had the courage and integrity to stand up against the modern mistaken generalizations by their present-day ignorant colleagues regarding gay men. The vast majority of halachic deciders misunderstood gays patently, and it’s really clear for all to see that this emperor also has no clothes on. Yet, there are several reasons why the dissident voices of reason have had little effect so far.

1. The rabbis who are well-informed about homosexuals whisper their disagreement with present rabbinic thought. They are justly afraid to be branded as rabbis for gays, to have eclipsed or nullified anything and any person they ever stood for and taught, if not outright be ostracize and defrocked. But they could make a big difference, as I wrote here.

2. They may base themselves on tolerance. Gays are sinners but guiltless or to be treated with compassion. This is better than bullying gays, and great for people who like to tolerate and be tolerated (which is not so great as one tolerates a nuisance, something negative), but no solution at all for the most frum Orthodox-Jewish gays. How is a very religious homosexual man supposed to feel supported when liberals say that he’s OK the way he is? Homosexual religious Jews are often the most Orthodox of their family, community and neighborhood. Liberal Orthodox rabbis cannot help them. (But maybe they could open the eyes of the leaders of the generation.)

3. Several liberal Orthodox-Jewish rabbis have secured themselves a niche, with honor, prestige and livelihood for traveling the world, preaching tolerance for queers. They have published books, established websites and powerful connections the world over and monopolized the Jewish Internet and print press discussion. They don’t want to be bothered by the truth that present rabbinic positions on gays are mistaken and indefensible. Because they believe that rabbis will not change their minds, even when they are wrong (what an insult!), they decide strategically and practically to ignore the truth and only plead for tolerance – and fight anyone who questions this. They have developed from being part of a solution to being a part of the problem.

Meanwhile, every day millions suffer vicious anti-GLBTQIs’ Oppression based on this misinterpretation of the Hebrew Bible. Countless Orthodox-Jewish gays contemplate (and try) suicide every day. And the regular realistic Orthodox congregants march more and more ahead of their self-disgracing religious “leaders.”