The Blogs
Cherryl Smith
Apply for a Blog
Advertisement
Please note that the posts on The Blogs are contributed by third parties. The opinions, facts and any media content in them are presented solely by the authors, and neither The Times of Israel nor its partners assume any responsibility for them. Please contact us in case of abuse. In case of abuse,
Report this post. 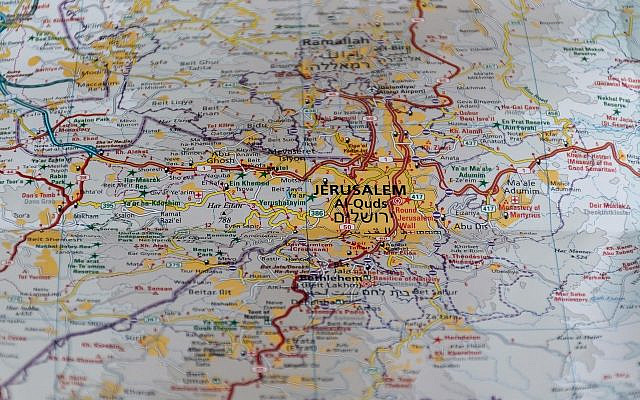 The two-state solution is a popular mantra of world leaders including the current US and Canadian administrations as well as the Chinese government and the United Nations. It is  touted by American Jewish organizations as the answer to The Conflict. Indeed, the modern world is divided into nation-states; a peaceful two states, one Palestinian and the other Jewish, ought to be an attainable goal. Yet, a majority of people who actually live in the areas of the imagined two states have no such illusions.

Recent reliable polling of Palestinians living in the West Bank (Judea and Samaria) found that 60% oppose two states and agree with Hamas that Israel has no right to exist. 74% of those polled believe that Hamas was “victorious” in the 11-day war with Israel last May and consider “Hamas’s performance/position positive.” Only 11% support Fatah over Hamas. In journalist Khaled Abu Toemeh’s analysis, “The results of the survey are clear. Many Palestinians have been so successfully radicalized by their leaders that they want to see Israel removed from the face of the earth.”

That survey will not surprise a majority of Israelis who are well aware that every proposed two-state solution has been rejected by Arab and Palestinian leaders. From the first two-state plans accepted by Jews but not by Arabs in 1937 (Peel Commission) and 1947 (United Nations), through the demand by the five Arab countries who had tried to eliminate the new state of Israel (1948-1949) that no permanent borders be set, to the declaration by the seven countries Israel defeated in the Six Day war (1967) promising “no peace with Israel; no recognition of Israel; no negotiations with Israel,” truly, Israelis have had peace only as a pause between attacks.

Peace talks themselves have given way to violence.  The hopeful peace process brokered by Bill Clinton in 2000 ended with no counter offer from Yasser Arafat and with the start of the Second Intifada.

Attempting to move toward two states unilaterally has also resulted in increased attacks on Israelis. The complete withdrawal of Israel from Gaza in 2005, a move forced on the nearly 9,000 Jews living there but supported by a majority of Israelis at the time, led to the takeover of Gaza by Hamas. The rocket attacks on Israeli civilians that were expected to stop after the Gaza disengagement instead escalated. This past May alone, over 4000 rockets able to reach every part of Israel were fired by Hamas at Israeli civilians.

A Rand Corporation study conducted this year found that 60% of Israelis “across the political spectrum” find the status quo “preferable to the risk of other alternatives.” An analysis of several other recent polls is titled “Americans Favor a Two-State Solution More than Israelis and Palestinians Do.”

There are a number of reasons why this is the case. One is that both Israelis and Palestinians know that the Palestinian Authority does not have authority to make a peace agreement even if it were to want one. Hamas is far stronger and declares openly that its goal is the complete end to Israel, a goal for which it has plenty of support from Iran, Syria, and other terrorist led countries.

Another is that when Israelis report that they prefer the status quo, they are speaking from their lived experience. Addressing EU Foreign Ministers a few weeks ago, Israel’s Foreign Minister Yair Lapid said “It is no secret that I support a two-state solution…However, there is one thing we all need to remember. If there is eventually a Palestinian state, it must be a peace-loving democracy. We cannot be asked to take part in the building of another threat to our lives.”

Although Israel is a Western democracy, it is located in the Middle East, with Hamas on one border, Hezbollah and the Asad regime on another, and the biggest terror funder, Iran, boasting of its plans for destroying Israel. The Israeli frame of reference necessarily differs from an American, Canadian, or European one in spite of shared values.

However, there is a recent, hopeful trend, one that suggests the status quo rather than pushing for an as yet impossible two-state solution may actually facilitate regional peace.  When four Middle Eastern countries that have never had connection to Israel before signed on to normalize trade, travel, peace and cooperation with the Jewish state, they demonstrated that the goals of terrorists will not deter them and do not interest them. It is likely that other countries will follow suit. As the Abraham Accords continue and more countries join in, they may provide support for an authentic normalization between Israelis and Palestinians.