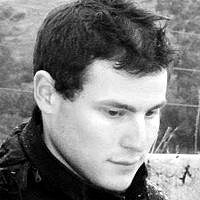 Haaretz is a left wing media outlet that makes its bias and ideology abundantly clear. The paper is very critical of the Israeli government, religious institutions, the IDF and many other integral components of the country. This is supplemented by a very firm stance in support of the Palestinian cause. Although Haaretz is a Zionist publication, there is a large amount of overlap between the criticisms made by the Zionist left and the non-Zionist anti-Israel worldview making its audience a mixture of those who like and dislike Israel (outside of Israel, Haaretz is most popular in Norway and Ireland).

Within Israel, Haaretz is a considered a small and minor newspaper that has a readership of less than 6% of the public. Internationally, Haaretz’s readership is still not at the level of publications such as the Jerusalem Post and Ynet, but it fares much better than it does domestically. However, Haaretz (English edition) manages to be one of the most influential voices of Israel.

Haaretz’s audience includes many journalists and opinion makers from different parts of the world. As a result of this, when Haaretz reports a controversial story, the tone/message/thesis of the original article (by Haaretz) has a huge influence on the type of opinion journalists from abroad will take on that issue. Unfortunately, many stories on Haaretz are over-sensationalized and highly misleading. When these types of articles are displayed, journalists from all over the world are quick to spread the “controversial news” to their local region.

Similarly, when people unfamiliar with Israeli politics read these types of articles, they are quick to absorb the narrative pushed by Haaretz and end up forming a distorted view of what is going on within the country. Depending on how controversial and catchy the headline may seem, many of these readers will forward the column to their friends, twitter accounts and Facebook feeds. Even worse than this are the people who are simply anti-Israel to begin with and come to Haaretz to find ammunition for their criticisms (hatred) of the state.

In the recent months, Haaretz has published a number of articles that were incorrect, highly misleading, inciting and in simple terms, should not have been approved by the editors. The damage done to Israel’s image from these articles has been immense.

When Haaretz reported that Israel was forcing contraception on Ethiopian Jews, it was blindly reported and spread by influential newspapers across the globe such as the BBC, and social networking sites such as Facebook and Reddit. Despite the fact that the article proved to be completely incorrect and Haaretz issued a partial retraction; the thousands of people who read and believed the original articles are not going to see this. They are going to continue thinking that Israel is a racist state that is trying to limit or eliminate its black population, as they were lead to believe. These people will have no idea that Israel went out of its way to smuggle in over 100,000 of Ethiopians, or that Israel itself is not a homogeneous white country.

A similar example can be seen when Gideon Levy erroneously reported that Israelis overwhelmingly supported an apartheid style state, and had this interpretation reprinted in prominent newspapers such as Canada’s The Globe and Mail, Britain’s The Guardian and The Independant and Australia’s Sydney Morning Herald among many others. Another example is when Akiva Eldar reported that according to the Israeli Ministry of Finance, Israel is a self-declared apartheid state. Like the Ethiopian article, both stories proved to be incorrect. As always, the lie spread half way across the world before the truth could even put on its shoes; for these situations, the truth never makes it out of pro-Israel circles anyways.

One of my colleagues recently shared their opinion with me that after reading Haaretz’s article about “Palestinian only buses”, and Haaretz’s article about Israeli forced contraception on Ethiopians. He thought it was clear that Israel is a racist, apartheid state and the only reason why more people do not speak about it is for fear of being labeled an anti-Semite.

Haaretz is a for-profit publication that writes what their readers want, whoever they may be. This is how journalism works and there is nothing wrong with this. However, if Haaretz wants to continue to act as a pro-Israel, Zionist publication and be respected as such, it needs to do a significantly better job vetting their stories to ensure that they do not print libels that severely harm this country.