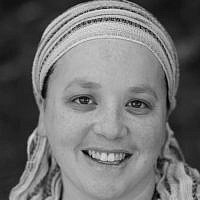 The Blogs
Ita Wirzberger
Apply for a Blog
Advertisement
Please note that the posts on The Blogs are contributed by third parties. The opinions, facts and any media content in them are presented solely by the authors, and neither The Times of Israel nor its partners assume any responsibility for them. Please contact us in case of abuse. In case of abuse,
Report this post.

On Monday an education reform law stands to pass in the Knesset. It stands to pass unless there is massive public support against it. One if its stated aims is to expand inclusion for all children. Critics say that the underhanded goal here is to save money. A lot of deals have been made to get this law passed and it seems to be wheeler-dealer politics at its worst. Most alarming of all, in what’s being dubbed as the “Pressure Cooker Law” (because that’s what it’s turning the classroom into), is the potential harm it has for all children in the classroom. Here’s what you need to know about the law:

1- Forcing Children into Inappropriate Settings — The law aims to put more children with so-called “mild” disabilities into the regular classroom instead of into special education. This is amazing! However, left to be examined is: why are so many of these children going into special education to begin with? Many have moved out if the normative classroom setting after an experience of lack of success either socially or academically, or both. What they need is more support in the classroom, not rules that make them stay where they are not succeeding.

2- More Bureaucracy — The Dorner Law, which aimed to change the face of inclusion in Israel, made the groundbreaking rule that a child’s rights, and the money that goes with them, go with the child and not to the institution. In the pilot program this has made real inclusion possible, even for children with so-called complicated needs (like my son!). Instead, the money is now being sent back to the institution for them to use as they see fit. It will welcome back the rampant fiscal abuse we used to see.

3- Further Bureaucracy — New committees will be set up to assess the needs of the child and what he will get. Just what we needed, more committees. The best part about these committees is that the child’s future can be decided with an easy set of criteria-with no one actually needing to know the individual child. How efficient! How rife with potential pitfalls a system like this is. Children, especially those with special needs, to be assessed on an individual basis.

4- More Burden on Teachers — The classroom teachers, who are at the heart of inclusion, will not be given the support or training they need. There is a theoretical small budget for teachers to get training on how to teach all children in the classroom, but the budget is so small it would cover only a fraction of teachers, and it is not part of the promised budget. While teachers struggle to meet the needs of the struggling students, the other students will not be moving ahead. Or the struggling students will be left behind, which is what has been happening until now. This will create a tense classroom environment and will result in more talented teachers leaving the system for lack of support.

5- Budget Cuts — the law is allocating money for a total of 5% of students in the normative setting being part of this inclusion, but in actuality it would be more like 8-10%. This leaves a budget deficit of millions and millions of shekel. This has been the problem with most education “reform” laws; they cost money, and the money is often stalled, not properly allocated, or cut somewhere along the way.

Our education system needs reform, no one argues that. I am a teacher with five kids in the system, trust me I would love to see changes being made. But changes need to be student centered, with less bureaucracy, not more. Our inclusion programs need the funding that were passed into law, but not allocated. We need, we should demand, that education reform be forward thinking and transparent, and not knock us back 50 years.

About the Author
Ita is a social media marketer and English language specialist. Having always been a city person, she is adjusting to life in suburbia .
Comments