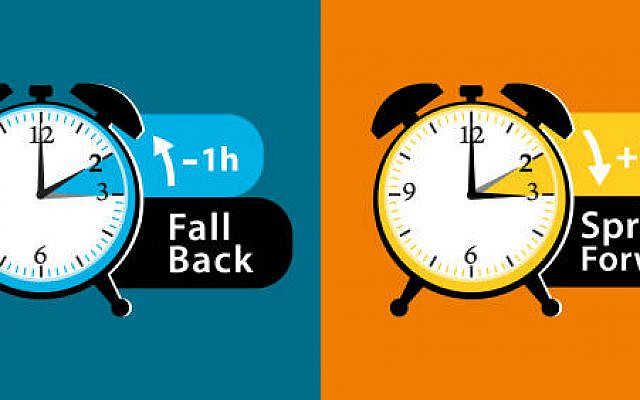 This year, Israel switches away from summer Daylight Savings Time in two days, the last Sunday of October; the US reverts to Standard Time one week later.  The semi-annual changing of the clock has rekindled recemt debates over the benefits and disadvantages of each system and the desirability of making the change in the first place. At the time of the US “spring forward” 2022, the Senate passed a bill for the country to stay on daylight time all year. Several states, such as Florida and California, have adopted Keep the Sunshine laws. In addition, in the US and the EU, changing the clock twice a year sparks substantial opposition among residents.

As usual in public discussions, proponents of perennial daylight time cloak their arguments in high policy: saving energy, encouraging exercise and preventing accidents. I cannot speak to events behind the scenes in 2022.  However, my experience with the Energy Policy Act of 2005, the last time the US tampered with the clock, showed a more mercenary goal. Also, even today, proponents downplay significant adverse consequences of disturbing the human circadian rhythm by imposing daylight savings time on short days, including one especially harmful to observant Jews. Year-round Daylight Savings Time would make things worse.

With the major exception of the 1973-1974 Arab Oil Embargo, which led to temporary year-round daylight time, most people accepted the seasonal time changes.  After all, Daylight Savings Time conserved energy, a worthy goal.

The picture became clearer in 2005, when the Energy Policy Act wound its way through Congress.  The law firm where I worked represented major regional electric utilities. The companies would have to incur the huge expense of reprogramming their computers to coincide with the clock.  These computers operated power plants and the grid, the usage of which depended on the time of day.  George W. Bush’s  Administration sought some controversial changes in the law.  In particular, they wanted to open the transmission grid to independent, non-utility power plants and brokers. These entities would compete with utility-owned plants, lowering prices to consumers.

Leaders in the House and Senate had their work cut out for them.  In those days, “earmarks” (legislation directing money to specific projects Members favored) had become the coin of the realm. Legislating turned into a shuk, with intense bargaining all around. Under the guise of funding demonstration projects, the bill appropriated funds for such ventures as shopping malls.  A member of the Energy and Natural Resources Committee, Sen. Maria Cantwell (D WA), aptly called the horse-trading goodies for “Hooters (a restaurant chain known for scantily-clad women servers) and polluters.”

The Daylight Savings Time provisions fit that description.  The House version of the bill called for a two-month extension.  Standard Time would begin on the last Sunday of November and end on the first Sunday in March.  Proponents pointed to the “benefits” of people venturing out to dinner and entertainment in the evenings before dark.  They mentioned the social utility of children and families going out on Halloween Trick of Treat excursions in daytime. (Halloween falls on October 31.)  Proponents also mentioned energy conservation.

Going out in the evening really meant extra revenue for the hospitality and entertainment industries. Halloween trips meant more money for the candy industry. The conservation claim proved a fig leaf, as later events showed.  Farmers, for whom steady sunrise underlay their milking and feeding schedules, opposed an extra hour of darkness in the morning.  So did parents and educators, who feared for safety when children went to school in the dark. In addition, studies showed an increase in accidents and other harms to health resulting from time changes. Therefore, the Senate left Daylight Savings Time intact.

Under the US Constitution, a Conference Committee gathers to iron out the differences in House and Senate bills.  A conferee, Sen. Larry Craig (R ID), proposed a compromise: extend Daylight Savings Time  one week later in the fall and introduce it three weeks sooner in the spring – but only if a study the Department of Energy would commission showed substantial savings.  The conferees agreed, or so he thought.  Instead, somehow the text of the law instituted the changes, but the study would occur afterward.  The study showed minimal  savings, but as the change had occurred, no one wanted to spend the money and effort to re-calibrate.

Had proponents taken the conservation argument seriously, they would have waited for the Energy Department study.

Extending Daylight Savings Time challenges observant Jews.  Even now, the arrival of Daylight Savings Time in March requires creativity to permit the donning of tallit and tefillin early enough to enable people to go to work.  Instead of at the outset or in the middle of prayers, supplicants don tallit and tefillin at the end and repeat part of the earlier liturgy.  Year-round it would make prayers in some communities very difficult, if not impossible.   For example, in January, Chicagoans would see sunrise at 8:15am, Clevelanders at 8:54am, Seattleites at 8:57am and Detroiters at 9:02 am.

In the real world, the US will not revert to all-Standard Time.  At least, do no harm and leave well enough alone.