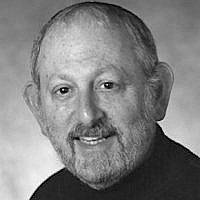 The Blogs
Gerry Serotta
Apply for a Blog
Advertisement
Please note that the posts on The Blogs are contributed by third parties. The opinions, facts and any media content in them are presented solely by the authors, and neither The Times of Israel nor its partners assume any responsibility for them. Please contact us in case of abuse. In case of abuse,
Report this post.

Many of us perceive that we live in two different Americas — something that has become particularly evident this election campaign.  In these two Americas, people disagree on foreign policy, on trade, on government regulations, on the role of the media and on the place of religion in society. Vicious comments by or about the presidential candidates fill our Facebook and Twitter feeds.

On the one hand the vibrancy of democracy has made us more aware of deep divisions, of people left behind with valid concerns about their most basic survival needs and others have left bewildered and alienated by cultural changes. On the other hand, the nature of the debate has led us astray from the balance of passion, compassion, and civility we need to survive as a nation.

Campaign 2016 doesn’t mark the first time our nation has needed mending. Our history is rife with examples, and the peaceful transition of power is among our nation’s greatest strengths. If the past is any guideline we will heal our wounds. But to do so we will need to find resources deep within ourselves to be able to bridge divisions and to relearn how to listen to each other with respect.

In the waning days of the Civil War —the most divisive time in our nation’s history, pitting brother against sister, parent against child —Abraham Lincoln stated: “With malice toward none, with charity for all, with firmness in the right as God gives us to see the right, let us strive on to finish the work we are in; to bind up the nation’s wounds; to care for him who shall have borne the battle, and for his widow and his orphan —to do all which may achieve and cherish a just and lasting peace, among ourselves, and with all nations.”

Given the near-dissolution of the nation during that bloody war, few would have been surprised had Gen. Robert Lee and other Confederate leaders been tried, found guilty and hanged for treason. Gen. Ulysses Grant, though, understood that such actions would not lead to reconciliation, instead stating, “The war is over. The Rebels are our countrymen again.”

When the Supreme Court’s ruling in the 2000 presidential election led to George W. Bush’s victory, Al Gore graciously conceded “for the sake of our unity of the people and the strength of our democracy.” He called on Americans “to unite behind our next president. This is America. Just as we fight hard when the stakes are high, we close ranks and come together when the contest is done.”  Similarly in 1960, Richard Nixon ignored partisan calls for recounts in disputed areas, saying “our country cannot afford the agony of a constitutional crisis.”

In our faith traditions, too, we have examples of the peaceful transition of power. Among the most significant is the transition from Moses’ leadership to Joshua’s.  By blessing Joshua, Moses makes it clear to his followers that Joshua is indeed a legitimate ruler, urging them, no less than Gore and Nixon did, to unite behind their new leader.

We also have examples of religious leaders from other faiths, like the Buddha who would customarily bow to anyone he met.  By this practice he would recognize the inherent value of each and every human being.

The post-election challenges confront both our leaders and every American.  Whoever wins the presidency must put behind the viciousness of this campaign, and urge his or her supporters to do the same.  Our religious leaders will also have a role to play, urging and guiding their followers to look toward their own religious processes and rituals of reconciliation.

However, perhaps more important will be what we do on the interpersonal level within our families and communities.   We will need to do three things:

Our nation’s political and spiritual future depends both on leaders who will follow these paths and also on the turning of every one of us toward greater reconciliation.

Rabbi Gerald Serotta is Executive Director of the InterFaith Conference of Metropolitan Washington, founded in 1978 and comprised of 11 historic faith communities

About the Author
Rabbi Gerald Serotta is Executive Director of the InterFaith Conference of Metropolitan Washington, founded in 1978 and comprised of 11 historic faith communities.
Comments