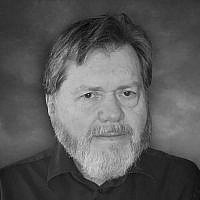 The Blogs
Martin J. Levine
Apply for a Blog
Advertisement
Please note that the posts on The Blogs are contributed by third parties. The opinions, facts and any media content in them are presented solely by the authors, and neither The Times of Israel nor its partners assume any responsibility for them. Please contact us in case of abuse. In case of abuse,
Report this post.

Three Israeli teenagers were kidnapped and murdered.  This was a terrible crime and it must be punished, as must the similar kidnapping and murder of a Palestinian youth.  Nothing can excuse or mitigate these crimes.  These things are a given.

Rockets were fired from Gaza at innocent Israelis.  Israel has the right and the obligation to defend itself against such attacks and to take action to prevent their recurrence.  These things are also a given.

Nothing that follows should be taken as diminishing the above.  These things are a part of the current crisis and they must be dealt with in the present, but it is also imperative to talk about the day before and the day after, what led up to the crisis and what will follow it.

When such a crisis occurs, there are always calls to set aside all discussion of the day before and the day after, to rally round the flag and support Israel’s defense.  The result is that the discussion never takes place and things get worse until the next crisis occurs.

What led up to the crisis?  First, the failed peace talks.  Why did they fail?  Many had a hand in it, on the Israeli side, on the Palestinian side, and perhaps, through miscalculation rather than malice, on the American side, but at bottom, it now appears to me and to others, the cause was that the Israeli government was never serious about the negotiations.  If it had been, it would have frozen settlements and made the question of recognition of Israel as a Jewish state part of the negotiations, rather than a pre-condition.  This led to Palestinian recalcitrance, Israel’s failure to live up to its commitment regarding prisoners, the declaration of a unity government, and finally, a breakdown of the talks.

Did these things cause the kidnappings and murders?  Do they justify them?  Certainly not, but they form the backdrop against which they occurred.  And the backdrop for that backdrop is the occupation, along with the settlements that cement it in place.

This leads us to the kidnappings and murders.  These were terrible crimes, but they were not acts of war.  Criminals don’t get to determine when Israel is at war.  However, the Israeli government seems to have decided that it was at war.

How would you feel if a crime were committed in your neighborhood and the authorities responded by breaking down your door, terrifying your family, and treating you as a suspect despite the absence of any evidence that you had anything to do with it?  This is the situation in which innocent Palestinians have found themselves for years, and this was the response to the crime.

In dealing with the current crisis, Israel must make choices not based only on what is effective militarily, but also on what will minimize escalation of the crisis and what will end it sooner.

I don’t know what these choices are, but I know they must be discussed, and if they are to be discussed, there must be room for criticism without recrimination.

My criticism is based solely on love and support for Israel.  If your friend has a gun to his head, is the appropriate response to compliment his wardrobe or to try to prevent him from killing himself?  If your loved one downs a fifth of Scotch and announces she is going for a joyride, is the appropriate response, “Have a nice drive” or “What are you, crazy?  Give me those car keys?”  I see Israel as acting in a way that is likely to destroy it, and criticism seems to me to be the most loving response I can make.

If I, and those with similar views, are not allowed to criticize Israel without being accused of hating Israel, we cannot have the discussion we need to have.  We need to have that discussion.  We need to talk about the day before and the day after.  And we need to pray it’s not too late.

About the Author
Martin J. Levine is a volunteer leader at J Street, serving on the Steering Committee of its New Jersey chapter.
Comments