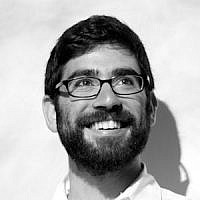 The Blogs
Aryeh Powers
Apply for a Blog
Advertisement
Please note that the posts on The Blogs are contributed by third parties. The opinions, facts and any media content in them are presented solely by the authors, and neither The Times of Israel nor its partners assume any responsibility for them. Please contact us in case of abuse. In case of abuse,
Report this post. 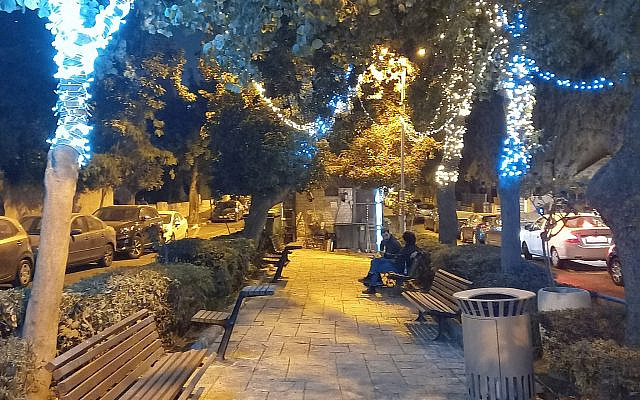 It was a beautiful Monday night and she and I were sitting together on one of the benches that are situated on an island in the middle of Ben Maimon St. in the Rechavia neighborhood of Jerusalem. Later, she would refer to those benches as the “love benches,” a term I too would start using since I thought it to be a most appropriate description of those lovely benches. We had just walked a few blocks from a nearby café that we had first gotten together at. We had gotten together for what I liked to refer to as our “first date,” even though she later said that she had just thought of me as a cool and goofy guy that she wanted to become friends with.

We wound up at those benches after some amazing banter, a fine serving of flirting to go with the drinks that we ordered at the café and after establishing an overall foundation of genuine fondness for one another. In a word, we both knew at that early stage in our getting to know one another that we really liked each other. The chemistry, vibe, energy and everything else was just right. It was like we were both in some romance movie and we had arrived, so early on, at that moment when the characters looked at each other and “knew” that they were truly with someone special. (She likes to enact scenes, from what could be in a movie, in our relationship – as if we were on a movie set.)

As we sat on that bench enjoying each other’s company and banter, she began to tell me about some of her creative work. After she showed me a YouTube video that she made years back (which she looked great in, in case you were wondering) we then moved onto her writing. She asked me to find her article on my phone since her battery was (always) low. So I got out my phone and clicked on an article she had written and that she said she wanted me to read. As you’ve probably guessed, it was a Times of Israel Blogs post that she had written years ago. I read through the article. It’s tone was cute, playful and feminine, just like her. After reading it, I clicked on her TOI profile page and after a closer look I realized that this amazingly cute woman sitting next to me not only wrote that cute article, but that the article was also a Featured article. Needless to say, I began to like her even more.

At that point, in my need for one-upmanship, I said, “OK, now check this out.” I proceeded to Google my own name and find my TOI Blogs post that was also Featured. So, being polite and wanting to display interest, she began to read it. But, unlike her piece, mine was way longer. But, like the true and devoted Times of Israel Blogs soul mate that she was and became, she stayed the course and made it all the way to the finish. She also enjoyed the piece despite its length, telling me that she learned a lot from reading it.

Fast-forward to today. Nearly a month has gone by and we are still the same Times of Israel Blogs soul mates that we were on that first outing with one another. When she sends me a long YouTube clip or video to watch, I joke with her that this must be her “revenge” for having read all the way to the finish of my TOI Blogs post. It’s one of many inside jokes we’ve made with one another since.

All this is to say that if you haven’t yet found that special someone yet, there is hope. By hope, I mean the Times of Israel Blogs. So, yalla, open a new Word or Google doc and get writing. You may not have your article become Featured, but as the Yiddishe mommas say, “ya nevah know.” Your Times of Israel Blogs soul mate just might be waiting to read your article.

**The story does not necessarily reflect real facts or events. I leave it to the imagination of the reader to guess which aspects of this story are true and which are not.**

About the Author
Aryeh Powers runs a Jerusalem-based marketing consultancy called Anticipate Marketing. He made Aliyah at the end of 2014 and lives in Jerusalem. In his spare time, Aryeh likes to study and share words of Torah, hike and explore all of Israel's hidden and revealed natural treasures - the more outdoors the better.
Comments