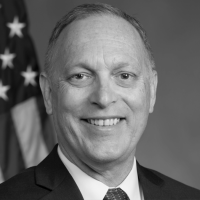 The Blogs
Andy Biggs
Apply for a Blog
Advertisement
Please note that the posts on The Blogs are contributed by third parties. The opinions, facts and any media content in them are presented solely by the authors, and neither The Times of Israel nor its partners assume any responsibility for them. Please contact us in case of abuse. In case of abuse,
Report this post. 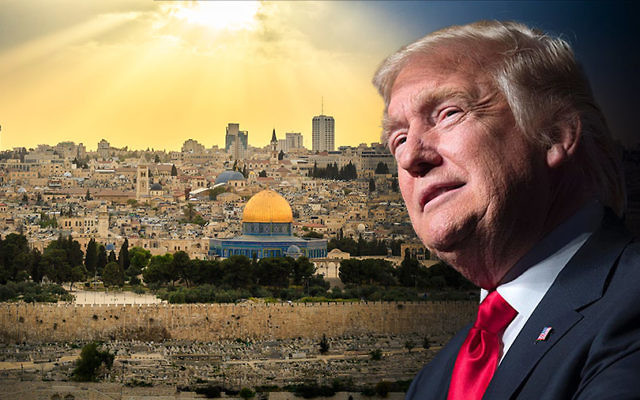 On December 6, 2017, President Donald Trump announced what no previous president had officially declared while in office: Jerusalem is the capital of Israel. Today marks the one-year anniversary of that long-overdue announcement.

This was a critical milestone in our nation’s foreign policy, and one nearly seventy years in the making.

From the very moment the modern State of Israel was founded, on May 14, 1948, there was no doubt among the leaders of the independence movement that Jerusalem would serve as the nation’s capital, even though Jerusalem and Israel were immediately engulfed in war. In the hearts and minds of Israel’s founding generation, the three-thousand-year-old City of David had always been Israel’s capital, even during centuries of exile and oppression.

On the same day that Israel declared independence, the United States was one of the first countries to recognize the new nation. And yet, President Truman did not recognize Jerusalem as Israel’s capital. Instead, the Truman administration chose to follow existing United Nations precedent, which defined Jerusalem as an international city. As a result, when the US embassy in Israel opened, it was situated in the coastal city of Tel Aviv, rather than Jerusalem. This was the status quo for seventy years.

In more recent decades, Presidents Bill Clinton, George W. Bush, and Barack Obama all expressed support for the goal of recognizing Jerusalem as the capital of Israel, either while running for office or while serving. But none of these presidents actually acted to offer official recognition.

To some degree, Congress had effectively given these presidents cover to avoid acting. The Jerusalem Embassy Act, which was signed into law in 1995 after passing the House and Senate with near unanimous support, required the US to recognize Jerusalem as Israel’s capital and to move the embassy there by the end of May 1999. But this law also gave Clinton and all subsequent presidents the authority to indefinitely postpone moving the embassy if they could claim a national security reason for delay. Over the next two decades, the option of moving the embassy would come before the president every six months, and each time the president – whether Clinton, Bush, or Obama – would opt to postpone the move.

It looked at first as if President Trump might follow in his predecessor’s footsteps, which is why his recognition of Jerusalem as Israel’s capital one year ago – along with his simultaneous commitment to move the embassy within six months – came as such a surprise to many foreign policy observers. Here, finally, was a president who not merely expressed support for the cause of Jerusalem’s recognition, but acted as well.

Trump’s critics, both at home and abroad, were quick to lambaste the move, labeling it at best an empty gesture and at worst an incitement to violence. While both claims are untrue, the latter is absurd. Israel has had to defend itself since the moment of its founding, and there have been far more difficult periods in the country’s history. Sadly, periodic violence will not stop until the Palestinian Authority is willing to return in good faith to the negotiating table and disavow ties to the terrorist organization Hamas, which continues to control the Gaza Strip.

It is also wrong to claim that Trump’s gesture is essentially devoid of meeting. Effective foreign policy begins with an acknowledgement of reality and a proper respect for allies. Israel is one of our nation’s strongest allies, and the people of that nation regard Jerusalem as their capital. As President Trump indicated in his announcement, one goes to Jerusalem to meet with the Prime Minister of Israel. One must go to Jerusalem to visit the Knesset or any official of the Israeli government. In reality, Jerusalem is the capital of Israel. Why should we disregard the sovereignty claims of a critical strategic partner when we would never dispute the designations of our other allies’ capitals?

When the US embassy opened in Jerusalem earlier this year, Israeli Prime Minister Benjamin Netanyahu remarked that “truth and peace are interconnected. A peace that is built on lies will crash on the rocks of Middle Eastern reality.” I couldn’t agree more. Like all his recent predecessors, Trump is committed to working with both the Israelis and the Palestinians to achieve a lasting peace in the region, and at least now all sides will be burdened by fewer illusions.

Peace certainly won’t come easily to Israel and the region. But with time and new understandings, perhaps we’ll be celebrating more breakthroughs in the coming years.

About the Author
Andy Biggs is a Republican member of the United States House of Representatives, representing Arizona's 5th congressional district.
Comments