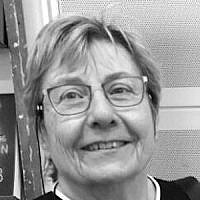 The Blogs
Michelle Mazel
Apply for a Blog
Advertisement
Please note that the posts on The Blogs are contributed by third parties. The opinions, facts and any media content in them are presented solely by the authors, and neither The Times of Israel nor its partners assume any responsibility for them. Please contact us in case of abuse. In case of abuse,
Report this post.

It feels sometimes as if it was just yesterday. The rumbling of Jordanian canons shaking the windows, pervasive gunpowder smell, frightened women and children huddling in woefully inadequate shelters.  Yet for those who weren’t there, who did not live through it, the story of what happened in Jerusalem in that dramatic journey – June 5, 1967 – is steadily losing focus, mired in controversy between those who protest what they see as the beginning of “occupation” and those who rejoice because the holiest sites to Judaism have been restored to the Jews.

Who remembers how war came to Jerusalem? True, we all knew that Nasser was spoiling for a fight; he was blockading the Tiran straits and Israeli ships could no longer access the Red sea. Blockading is a casus belli in international law.  He had told UN Emergency Force stationed in the Sinai Peninsula under the 1956 cease-fire agreements to get out, and they had done so meekly. Cairo radio was openly calling for the annihilation of the “Zionist entity” and Nasser was boasting that all Arab armies were ready to join the fight. In Israel, reservists had been called up and Tsahal was getting ready for any eventuality.

It was hoped that Jordan would not join the fray and urgent messages had been sent to King Hussein through the State Department and the Foreign Office. Indeed, it hadn’t been deemed necessary to send reinforcements to the capital. The denizens of Jerusalem were nevertheless stocking on food and essentials – just in case.

On the morning of June 5, I went to work as usual. There were fewer busses and they were filled to capacity with women and older men. Husbands and sons had been recalled and the mood was somber, the more so since rumors about something big happening in the south were beginning to trickle. By 8 a/m I was sitting at my desk in the Government Printer on Myriam Hashmonait street in Baka.

Not long afterwards, something sounding suspiciously like cannon fire was heard.  We – my fellow workers and I – could not believe it at first. Jordan was attacking? Not possible. It must be a mistake, perhaps a token shot. Unfortunately, there was no mistake.  King Hussein had let himself be swayed by Nasser, who had called to say that his army was progressing and inflicting heavy casualties; by attacking he would be able to take part in the dismembering of Israel together with Egypt and Syria. Soon Jordanian positions were shelling Jerusalem heavily and indiscriminately – both Hadassah hospital in Ein Kerem and the Dormition Abbey on Mount Sion were hit. “It’s total war!” cabled the British Consul in Jerusalem.

At the Government Printer, people did not know what to do. Stay put and wait… for what?  Though the establishment boasted of a sturdy underground shelter, it was situated a few hundred yards from the Jordanian positions just beyond the 1949 cease-fire lines between East and West Jerusalem. The shelling was intensifying and most of my colleagues chose to remain. Together with three or four women who had like me a young child at home we decided to make a run for it.

One of the men proposed to drive us downtown in his jeep. Then it was each to his – or her – own.  Jerusalem had taken an unreal quality: deserted streets but for the occasional car traveling at top speed, gunpowder smoke and haze. It was hot, the stifling heat of late morning in June. I was walking fast, hugging walls, flinching whenever a mortar shell whistled by, and looking wistfully at the shadowy entrance of some big building while resisting the urge to enter. It took me forever to reach the Saint Simon house where I lived.

The neighbors were already settled in the small ground floor shelter. There was barely room for one mattress each for the seven families. My daughter was there, with her caregiver, both very happy to see me…The wait began.

We felt helpless; we knew nothing of what was happening in the rest of the country or even in other parts of Jerusalem. There was no news to be had on Kol Israel, a deliberate strategy not to give away information to the enemy which left us in a state of intense frustration.  By contrast, Cairo radio broadcasting in Hebrew was in full propaganda mode. Egyptian troops were winning the war; Israeli casualties were horrendous. We did not want to believe and we made fun of the heavily accented Hebrew but our heart was not in it. Still, at one point, in a further attempt to demoralize the listeners, the speaker announced in portentous tones that while the citizens of Israel were hiding in shelters, prime minister Levy Eshkol had checked into a five start hotel with “his young wife Myriam.” We had a much needed laugh about it.

We still did not know how our army was doing. Had reinforcements arrived? Was the lone Jerusalem Battalion keeping the Jordanians at bay? A few days earlier, we had heard reports of frenzied Egyptian crowds chanting “itbach, itbach el Yaoud” – let us slaughter the Jews. The specter of rampaging Jordanian soldiers bursting through the city’s defenses was in everyone’s mind.

There was nothing for us to do but wait, and wait in the confined space of a too small shelter.  There was no aeration and so most of the time we left open the heavy reinforced steel door which could stop a direct hit.  The sound of canon fire echoed endlessly from one Jerusalem hill to another. We did our best to show a brave front because of the children, too young to understand but nevertheless attuned to our fear. We joked, we sang, finding a measure of strength of this unaccustomed feeling of togetherness.  We shared food and drinks.  A kindly first floor neighbor had left the door of his flat open so that people could use the facilities.

Around midnight the children were all fast asleep. Grownups were talking softly while listening to the radio. Cairo radio in Hebrew had gone mute. There were rousing patriotic songs on Kol Israel. Still we could not sleep. Relief came at long last at two in the morning.  A military communique – from the Israeli radio that time –  announced that the Egyptian air force had been totally destroyed. Forgetting the sleeping children, we started yelling and applauding.

With the release of tension, we eventually managed to get some sleep. Jerusalem had held; reinforcements had arrived in time. The cost had been high. 20 civilians dead, nearly a thousand wounded. 900 buildings hit. For not so comic relief, Jordanian soldiers had contemptuously kicked out the observers of the United Nation Truce Supervision Organization from Government House, their headquarters in what was then a no man’s land between East and West Jerusalem. They found refuge in the King David Hotel, where they were asked whether they would be willing to donate blood for the wounded. They replied that it would be a violation of their neutrality.

By June 7 Jordanian troops were in full rout, pursued by Israeli soldiers Had they refrained from attacking on that fateful June 5, Jordan might to this day still rule East Jerusalem and the West Bank…

About the Author
Michelle Mazel was born in Poitiers (France) during the war. She is a graduate of Sciences Po – the Institute for Political Science – and the Paris Faculte de Droit and was a Fullbright scholar. She is fluent in French, English and Hebrew and has written numerous articles in these languages
Related Topics
Related Posts
Comments