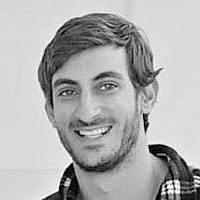 The Blogs
Assaf Elroy
Apply for a Blog
Please note that the posts on The Blogs are contributed by third parties. The opinions, facts and any media content in them are presented solely by the authors, and neither The Times of Israel nor its partners assume any responsibility for them. Please contact us in case of abuse. In case of abuse,
Report this post.

Deliberately late, and after reading all 181 pages of the plan, I want to try to analyze it from a slightly different angle.

Let’s go back to the moment the plan was released, January 28, 2020, at 12:00 PM. Almost without exception, and after only a few hours, there was a flood of people posting their comments about the plan all over social media. Is it at all possible to have an opinion on a plan that aims to end a historic conflict, written over several years, in a total of a few hours?

In Israel, the political left was mainly concerned with proving to the right that they were correct in their vision of a two-state solution; and the political right was focused on how this opportunity can be exploited to annex territories. In the West Bank, the Palestinian Authority automatically opposed the plan, blaming the impact of Trump-Netanyahu relations. In the United States, Democrats mocked Trump’s lack of understanding of the conflict; Republicans made sure to remind Democrats that they at least wrote a plan, compared to the previous administration.

What did the general public do? We mainly uploaded screenshots of the part of the plan that we wanted to highlight or discredit. It’s hard to believe that within a few hours, the vast majority of responders read the plan in depth, spent time thinking and drawing conclusions, and only then did they express their views.

Why is this point important? Because it proves something extremely simple. No matter what our political opinion, what nationality we hold, or what we believe in, in the end, we’re all human and quite similar to one another. We all have automatic patterns that we follow without being aware of them.

How does this work in the context of conflict?

Quite simply, everyone is stuck in their own story and can prove to themselves that they are right!

How does this all relate to the ‘Deal of the Century’? To achieve the success of such a plan, we need to reach some political agreement. The problem is that we simply will not spend our time on an issue that involves a different political opinion than our own, since we have repeatedly proven to ourselves that the other is wrong and we are right. Of course, this is absurd because we’re spending too little time to reach a potential solution to a complex issue that directly affects us all. In contrast, in any subject we don’t have an emotional connection to, it will be easier for us to open our minds, explore alternatives, and invest in serious learning.

What can we learn from this? Once we know how to rise above the emotional connection and look at the plan through a pragmatic lens, we can look at where there is potential, where the mistakes were made, and what can be applied for the future.

Why for the future, you ask? Because there is something very basic missing: creating trust. The plan probably (I hope I’m wrong) will not succeed not because of its details, but because of the mistake that was made throughout its construction. Unfortunately, the US administration hasn’t been successful in establishing trust with the Palestinian Authority, and therefore has been unable to establish themselves as a legitimate, unbiased mediator. Therefore, although there are good parts to this plan, it will not be possible to discuss it without the basic phase of building trust between the relevant parties.

With this in mind, the reactions to the plan can be taken in all kinds of directions. We Israelis can once again prove to ourselves that there is no partner for peace because of the Palestinian refusal. The Palestinian people can prove to themselves that Israel has no real intention for peace and that this is only a political move designed to legitimize annexation.

We should stop letting ourselves validate our own distrust of the other side. In anticipation of the next opportunity, we need to be able to come to the negotiation process by using gradual confidence-building steps, through the help of mediators who understand the interests of both sides. 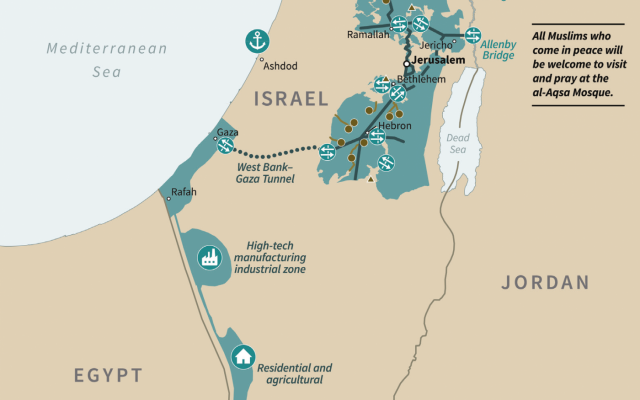 About the Author
Assaf works at the University of Massachusetts Amherst as a part of the Jewish Agency Israel Fellows program, which places Israelis on college campuses to serve as peer ambassadors to the campus community. Assaf was born in the United States and moved to Israel in 1993. In Israel, he served in the Israel Defense Forces (IDF) as a team commander in the Gaza Strip. After his service, Assaf studied for his social work degree at Ben Gurion University. During his studies, he was a part of the leading team of the "Making Change" movement, which works to improve welfare policy in Israel, and he managed their parliamentary department in the Israeli Knesset. Assaf also worked as a mentor for the Rothschild Ambassadors organization, which trains Israelis to become the next generation of social leaders. Assaf is a fellow of The School for Peace, an initiative which promotes future politicians to be agents for peace in Israel and Palestine, and a fellow of Wings of Hope, an academy for intercultural dialogue in Munich, Germany.
Related Topics
Related Posts
Comments