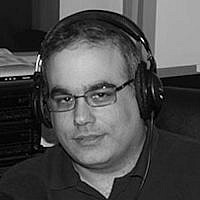 The Blogs
Howie Silbiger
Apply for a Blog
Advertisement
Please note that the posts on The Blogs are contributed by third parties. The opinions, facts and any media content in them are presented solely by the authors, and neither The Times of Israel nor its partners assume any responsibility for them. Please contact us in case of abuse. In case of abuse,
Report this post. 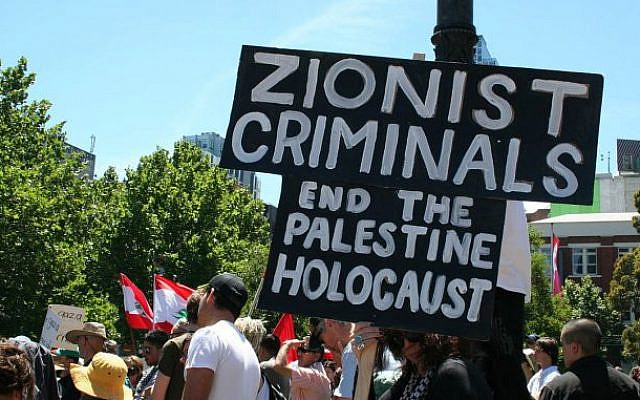 I was sitting in a coffee shop minding my own business when a young man came and sat down across the table from me. He opened his laptop and started working. I paid no attention to him, already engrossed in my work, when he suddenly looked over his screen and said in a fairly loud voice “Are you Jewish?”

I looked up from my work and answered in the affirmative. He sighed and shifted slightly in his seat; it was subtle but just enough to be noticeable. I ignored him. He started drumming his fingers on the desk. I ignored him. He coughed twice and then cleared his throat. I once again ignored him.

A few minutes later, the young man got up and walked around the table standing over my shoulder looking at my screen. When I saw him get up, I had minimized the piece I was working on and what he saw was my desktop with various icons placed in strategic locations for me to be efficient. He stared at my screen for a few seconds and then said in a more robust voice, “Oh, I see you support Israel..”

He must have noticed an icon near my recycle bin that was titled “Israel, the Land of the Jews”. It was a piece I had written years ago that I had pulled off an old hard drive to rework into a larger piece for publication. In any case, he did not sound happy.

I looked up from my computer and asked the young man if there was something I could do for him. He responded, “Yea, burn in hell and let the Palestinians live in peace!” I smiled, he smirked, thinking he got the best of me. I folded my computer and put it in its bag. I then got up and started to leave the restaurant. I wasn’t in the mood to get into a long-protracted argument that would never end, I just wanted the space to do a little bit of work outside of my office and then head back to the studio to do my show.

As I started walking away, the young man yelled as loud as he could, “Look! The Zionist coward is running away. Go kill more Palestinians you murdering asswipe!” I sighed, stopped walking and turned around to face him. Now we are standing nose to nose.

I asked again if there was something I could do for him. The entire shop had become silent, everyone was staring. He repeated loudly, “Go kill more Palestinians you murdering asswipe!” I rolled my eyes. His were filled with anger. He poked again “What nothing to say? You support a genocidal regime murdering the indigenous people of Palestine. Rot in hell!”

I cleared my throat, everyone in the shop was waiting for my answer. I looked the man straight in the face and said “listen buddy, I came in here to do work. You don’t want to debate me on the mid-east, trust me, you’re starting with the wrong guy. I suggest you back off…”

I sighed, “ok” I said. “you really want to do this?” I looked around, people were snickering, one had his cell phone out. “Let’s do this. So you think I support a genocidal regime? Who is Israel committing genocide against? “

“The Palestinians!” He declared.

“What’s a Palestinian?” I asked. “I understand that the media and the Arab League created this entity that’s referred to as Palestinian, but where did these people come from? I’m very confused by the concept. Please explain it to me.”

The guy looked dumbfounded. He said, “They come from Palestine you moron. That’s why they are called Palestinians.”

“The Jews stole it from the Palestinians in 1948.”

“Before 1948 there was a country called Palestine?”

“I see, who was the President of Palestine? What were the borders?”

“The borders of Israel and um…I don’t know…”

“You don’t know who the President of Palestine was before 1948?”

“Ok, what was the capital city? What was the currency they used called? What kind of government did they have? Were they democratic? What economic system did they use? What was the population? Why did they all leave?”

As I asked the questions, the guy got angrier and angrier.

“You don’t understand,” he said, “Jews are murdering the Palestinians and you are supporting genocide.”

At this point, the other patrons had stopped listening and gone back to their individual conversations. I looked at the guy and said,

“Listen fella, I’m happy you’re passionate about something, most people today aren’t. The thing is, though, you have to be passionate and knowledgeable, without knowledge, passion is useless. Palestine as a country never existed. The people calling themselves Palestinians today are descendants of the original fraud. They are people plucked from the surrounding Arab countries, you can tell by their last names.

Palestinians were created in 1964 by the Arab league. They chose an Egyptian named Arafat to lead the Palestinian Liberation Organization, whose sole purpose was to work towards the destruction of The State of Israel. They worked hard at their goal, but failed to achieve it.

The name Palestine came from the Romans who changed the name of the land Israel currently sits on. Do you know what it was called? Judea…Judea is where Jews came from.”

The guy was red, he muttered something I didn’t hear and then turned and left the coffee shop. I sat down, pulled out my laptop and continued working.

A few minutes later, a young teenage girl, maybe 15 years old walked up to my table.

I turned my head, it was obvious now that no work was going to get done.

“I listened to the entire conversation with that other guy. I’m Jewish too and I don’t know if I could answer like that.”

I asked the girl if she learned about Israel in school.

“Yes, I go to a Jewish high school and we have an Israel engagement program where we learn about Israel. One course is called Israel Advocacy, but they teach us that Palestinians have the same right to the land that Jews do. So I was a bit confused when I heard what you said, but I didn’t look it up so I don’t know who to believe.”

She thanked me and slinked back to her friends.

I sat for a moment lamenting the death of Zionism in high school. When I was a kid, schools had replaced teaching Judaism with teaching Zionism. Now they teach neither, they’ve replaced supporting the State of Israel with some politically correct version of Israel Advocacy which emphasizes not the legitimacy and history of the State of Israel, but more the idea that Israel is built on land stolen from someone else.

As long as Jews remain self-destructive, we can never win the war of words and Israel will never be able to live as a normal country. The idea that Jewish students in Jewish high schools are taught that Palestinians and Jews have the same right to the land and not the truth, the actual history is scary and mark the end of the Zionist vision, at least in North America.

I’ve said it before, it’s worth repeating. Judaism in North America is dead.