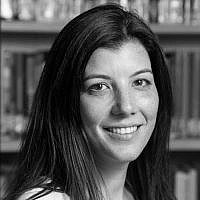 The Blogs
Idit Shafran Gittleman
Apply for a Blog
Please note that the posts on The Blogs are contributed by third parties. The opinions, facts and any media content in them are presented solely by the authors, and neither The Times of Israel nor its partners assume any responsibility for them. Please contact us in case of abuse. In case of abuse,
Report this post. 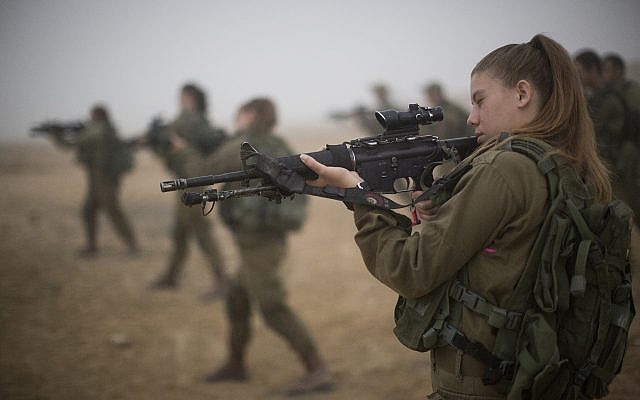 Though the historic High Court of Justice ruling in the Alice Miller case (requiring the Israel Defense Forces to allow women to try out for its pilot training course) came in the mid-1990s, in many ways it is the last decade that has seen the most meaningful changes in women’s service in the IDF and in the IDF’s stance on gender equality, which has developed in parallel.

At the beginning of the decade, in 2010, the IDF adopted the “From Sector to Gender” plan as part of a strategy to promote equal opportunity, called “Implementing the Approach to Gender Issues.” This strategy was formulated subsequent to a General Staff review, by the Unit of the Chief of Staff’s Advisor on Women’s Issues in 2009, which surfaced the need for a comprehensive and system-wide plan to address gender gaps, taking into account structural and cultural factors. The new strategy emphasized principles such as “service according to areas of interest rather than gender,” and “implementing the value of gender equality under the rubric of human dignity in the spirit of the IDF.” One interesting implementation of this strategy was the change in the name of the unit from “Chief of Staff’s Advisor on Women’s Issues” to “Chief of Staff’s Adviser on Gender Issues,” in February 2016.

The rationale behind this change — whose seeds were already planted with the dismantling of the IDF Women’s Corps in 2001, there was no longer any place within the IDF for treating women differently as a group; instead, they were to be subordinate to their commanders in every respect, just like their male counterparts. This development was seen in the IDF as a significant milestone in shaping its approach toward the integration of women in the military and toward its commitment to substantive equality.

Side by side with this fundamental change in approach, the last decade has also seen the opening up of more and more IDF units to women, with various key positions being filled by female commanders for the first time. These appointments included, for example, the first woman serving as a company commander in an infantry officers’ training course, in 2014; the first woman serving as an air squadron commander, in 2018; and the first woman intelligence officer in a command role, in 2019. There was also the unprecedented (and to date, the only) appointment of a woman to the rank of Major-General — when Orna Barbivai was made head of the IDF Manpower Directorate in 2011.

However, alongside this impressive list of achievements, the last decade has also brought to the fore several complex challenges relating to women’s service in the IDF, particularly with regard to the tension created by the increase in the number of women serving and their integration in command positions, alongside the significant numbers of religious male soldiers. This issue, tagged — “the challenge of joint service,” reached boiling point with the update of the Chief of Staff’s Joint Service Ordinance, which replaced the Proper Integration Ordinance from 2002. After going through several versions, accompanied by an unusually fierce public debate, the Ordinance was finally updated in December 2017.

The new order was designed to regulate the service of women alongside religious men in units throughout the IDF, and to clarify the rights of the latter in this context. But beyond the regulations which it contains, the order was no less significant in bringing to the fore —within the IDF and among the public at large — the price that female soldiers are often required to pay for the sake of what is unofficially referred to as “consideration for religious soldiers and their feelings.”

This price paid is sometimes direct and highly visible, in a manner that contradicts the spirit of the order — for example, as in a case reported in the summer of 2018, in which female soldiers in the Bardalas mixed-gender infantry battalion were forced to leave a swimming pool during a leisure activity, in order to spare the feelings of religious soldiers who were present. But in many cases, female soldiers are the victims of discrimination which falls into a grey area, in which they are kept away from roles that might have been open to them, in order to avoid complex and difficult situations which might arise in the future. Thus, for example, commanders refrain from appointing women to training roles that might raise difficulties with religious soldiers, or prefer to assign women soldiers to units with no religious soldiers serving in them, rather than to the units requested by the female soldiers themselves.

The Joint Service Ordinance aimed at putting an end to such cases, but the fact that it lacks any clear and positive statement about the need to refrain from acting in this manner, leaves a great deal of room for commanders to make their own interpretations, often influenced by their personal views, including the expectation that women should be willing to give up some of their rights in order to accommodate religious soldiers, “for the good of the system.”

Nevertheless, over the last decade, the IDF has taken significant steps to advance women in its ranks and to implement the value of equality. It appears that the senior command understands that, despite the difficulties and challenges these steps bring, this is a critical issue, closely related to changes underway in Israeli society as a whole. As the people’s army, the IDF must be committed to carrying on this process. Striving for full substantive equality is not a luxury, but rather one of the pillars of a democratic society and its armed forces.

About the Author
Dr. Idit Shafran Gittleman is a Researcher at the Center for Security and Democracy at the Israel Democracy Institute.
Related Topics
Related Posts
Comments