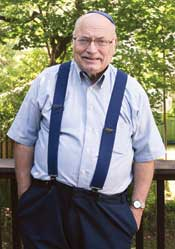 My father’s death from Covid happened quickly and was extraordinarily painful as he was forced out of the hospital at first when he was deemed not sick enough to stay – the NYU hospital was overrun with so many Covid cases that it could not keep up.

And then he got so sick that they took him back and within a week he could not breathe and we made the excruciating decision to put him on a ventilator that was not able to save him; he died six days later.

I cannot imagine his pain and fear and loneliness as he struggled to breathe – and he was alone.

My father was the 76th funeral – virtually or in-person – at which I have officiated since this pandemic began. And clearly the most painful one.

But my father would not want me to simply dwell on my sadness and loss; he lived with a joie de vivre, a love of every aspect of life. He lived with gusto – loving good kosher food and films and so much more.

He taught me a unique approach to Judaism that focused on welcoming people who were converting to Judaism, inviting them into our home. It was Judaism that, while it did not ignore the intellectual side (in particular, he loved Jewish history,) his approach emphasized that Judaism should be lived. It should be experienced. Its values are not transferred from one generation to the next merely with books and learning, but its most intense transmission occurs in the home and within the community where we can see and feel it.

He celebrated a Judaism that was thick with observance, knowing that the deeper our religious and spiritual practices are, the more likely everyone, especially the next generation, would feel Jewish, and thus, actively engage in Jewish life.

He preached that Jews came to shul on the wrong days: if we were to pick only two days to attend shul they should not be Rosh Hashanah and Yom Kippur, intense and somber and complicated liturgical days, that are truly harder to access unless one has mastered the regular prayers.

He advocated for two other holidays: Simhat Torah and Purim.

Because they are the most joyous and most easily accessed.

How much do you need to learn to come to shul and dance, have an aliyah and drink a l’hayyim on Simhat Torah? 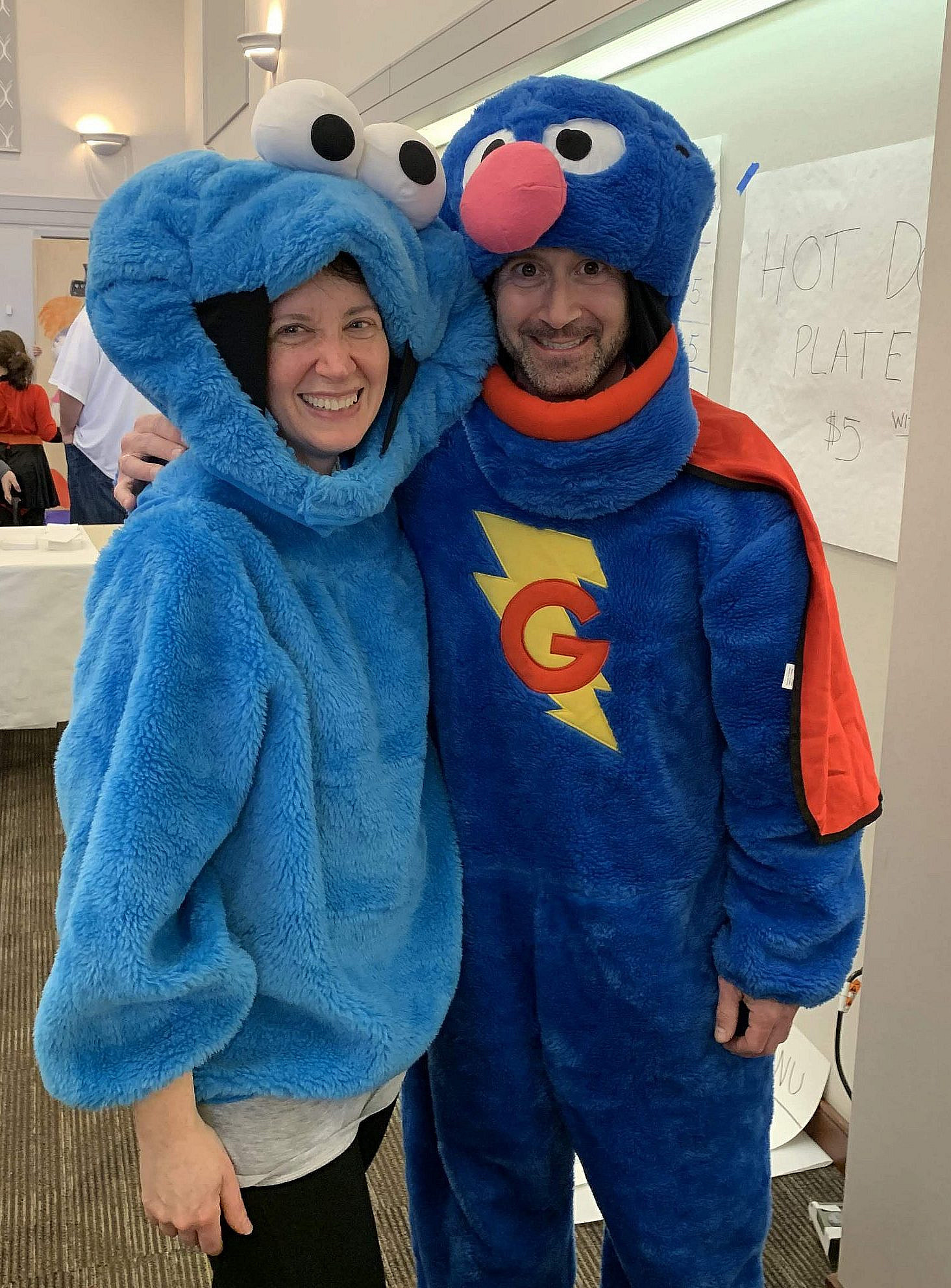 Purim is even better since we all know how to dress up in costumes.

We all love humor.

And masks are ubiquitous these days.

We all love shtick.

While my dad was not much of a technology or Zoom person, he would have loved Thursday night. It was an amazing evening as we utilized all the aspects of Zoom, spotlighting, breakout rooms, screen sharing our slides as we heard the Megillah and even enjoyed using the chat, Kahoot games and polls.

We could all donate larger sums than ever before with our credit cards, sustaining the poor, fulfilling the mitzvah of matanot la’evyonim – gifts for those in need.

But I want to share with you two deeper aspects of Purim. First, the Megillah is a fiction; and it is supposed to be. It is full of ridiculousness as the King is a buffoon, there is sexual innuendo, and God does not appear in the text even once. 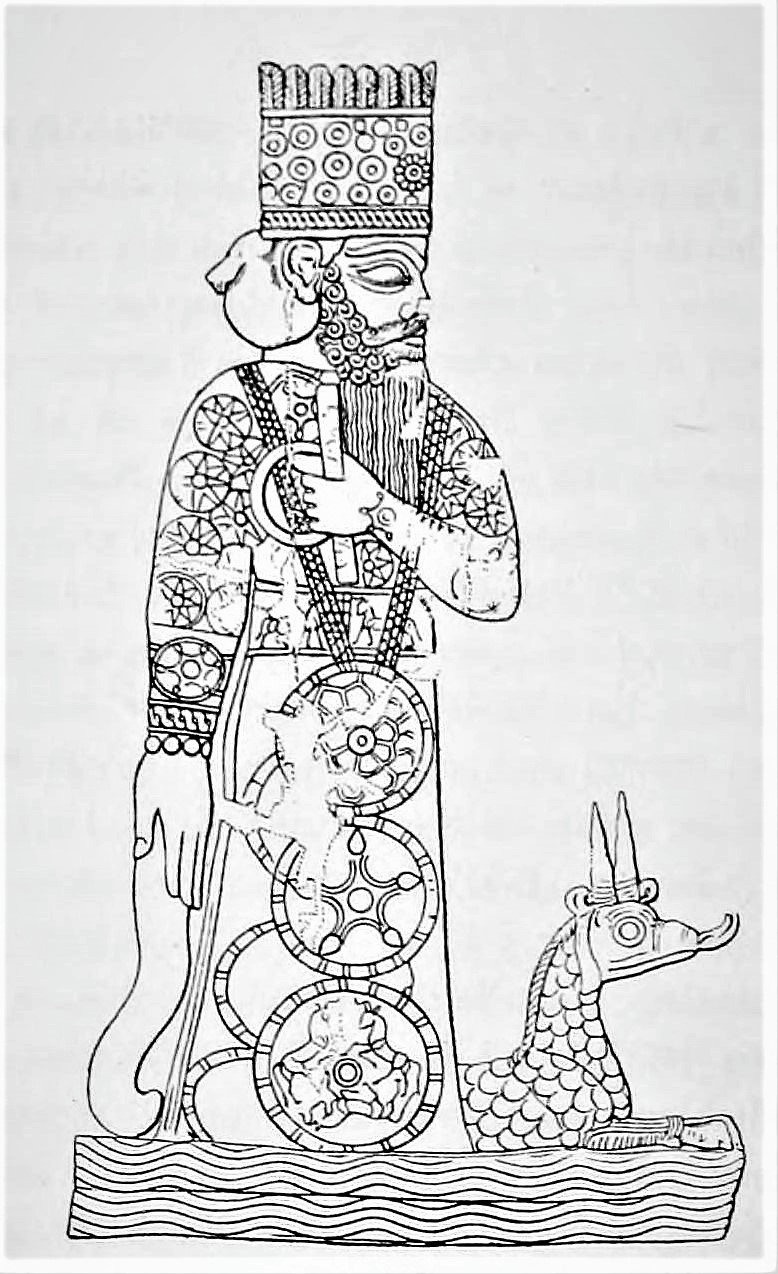 In case all that was unclear, the names of the protagonists contain clear messages. Mordechai is riffing off Marduk, the ancient Mespotamian God during the time of the Megillah, some time between the fourth to second centuries BCE. 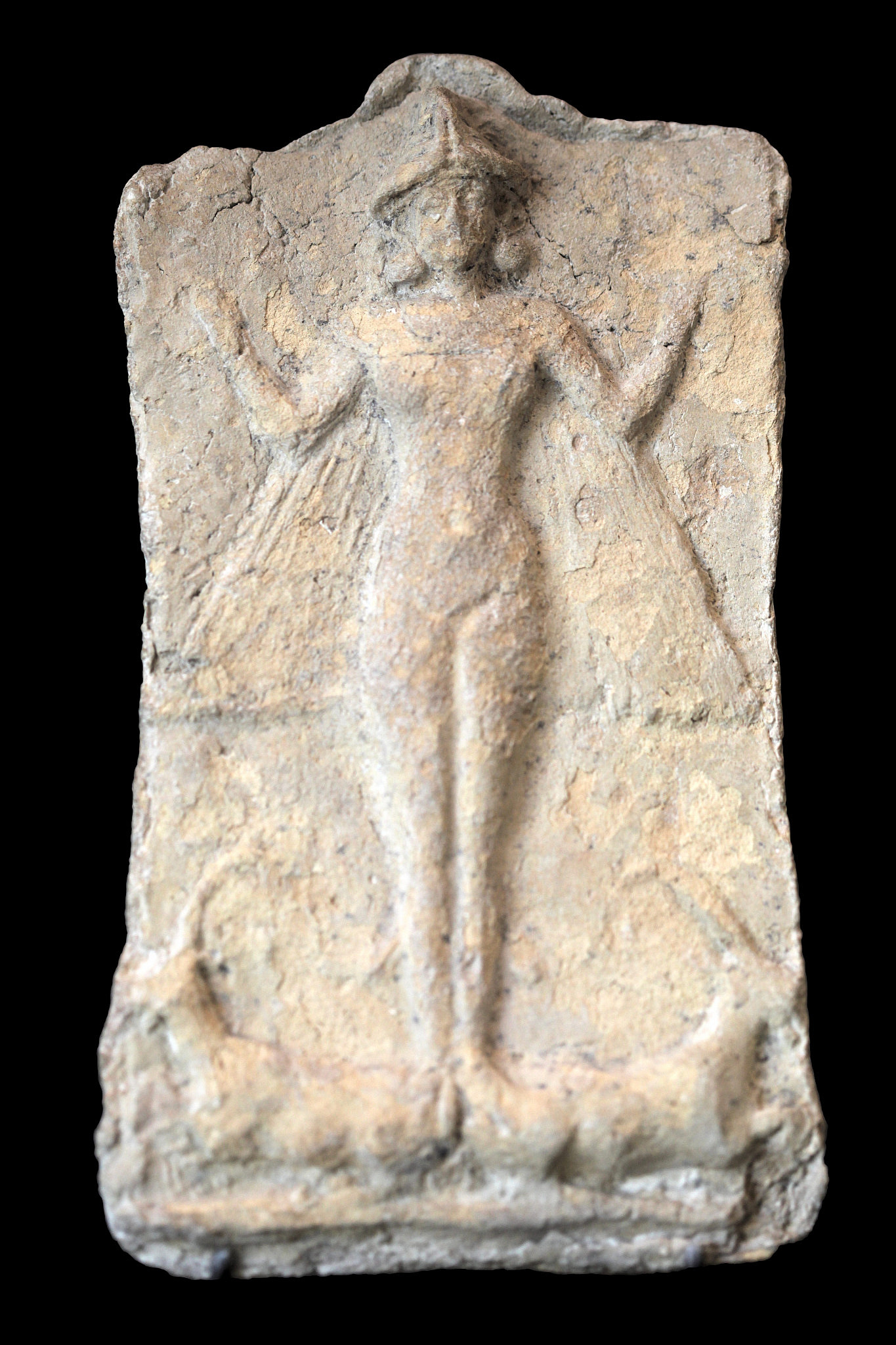 Esther, according to most scholars, is related to the Babylonian goddess Ishtar.

Thus, the two main Jewish characters are given not just non-Jewish names, but major ones!

It would be as if the Megillah were written today, we would name the two characters: Jesus and Mary. The ridiculousness would make you chuckle and that is the point. Finally, the fact that Jews have power and even kill the Persians is ludicrous. Jews had no power with their minority status in this Persian kingdom.

But even though the book is fun fiction, it speaks to a deeper truth.

This truth is anti-Semitism.

Even existing 2,300 years ago, Jews are reviled as “a certain people, scattered and dispersed among the other peoples in all the provinces of your realm, whose laws are different from those of any other people and who do not obey the king’s laws; and it is not in your majesty’s interest to tolerate them.” (Esther 3:8) These are the words of Haman, but they could just as easily have been written by the Nazis a hundred years ago or by White Supremacists and Q-Anon followers today on the Internet.

The book of Esther speaks to the fragility of our existence as a minority. And thus, we are called not only to protect ourselves, but also to speak out and support other minority groups, all those on the fringes of society. 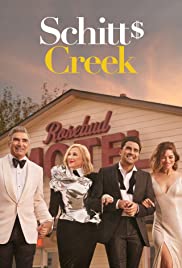 The second deeper message is that even when we seem to be abandoned, we have to remain hopeful, even joyful. There is normal expressive joy we feel at happy moments: it might be eating a delicious slice of pizza or enjoying an episode of Schitt’s Creek, but there is also another joy: therapeutic joy. This is the joy that helps us recover from trauma, that helps us heal.

The Jews of Shushan or many other places over our four thousand year history experienced trauma, fear, violence, hate – anti-Semitism.

Purim functioned as a measure of therapeutic healing.

This year we feel that even more intensely as we come to the one year anniversary of experiencing this pandemic. In the words of the Megillah, v’na’hafokh hu, everything has been turned on its head.

Instead of going to work, we stay home; instead of meeting with people in the same space, we video conference; instead of building community in person, we make the best of this Zoom platform.

The entire planet has been traumatized by this virus and our efforts to stop its spread. We, the survivors, are called upon to remember the 2.5 million around the globe and the 500,000 people who have already died in the U.S., most of them due to negligence and the lack of any moral or competent leadership.

Nate the Magician performing for Temple Emunah via Zoom

But what we need the most is therapeutic joy. The kind of joy we experienced on Thursday night; the kind of joy we will feel on Sunday afternoon at our car parade and CARnival in our parking lot. 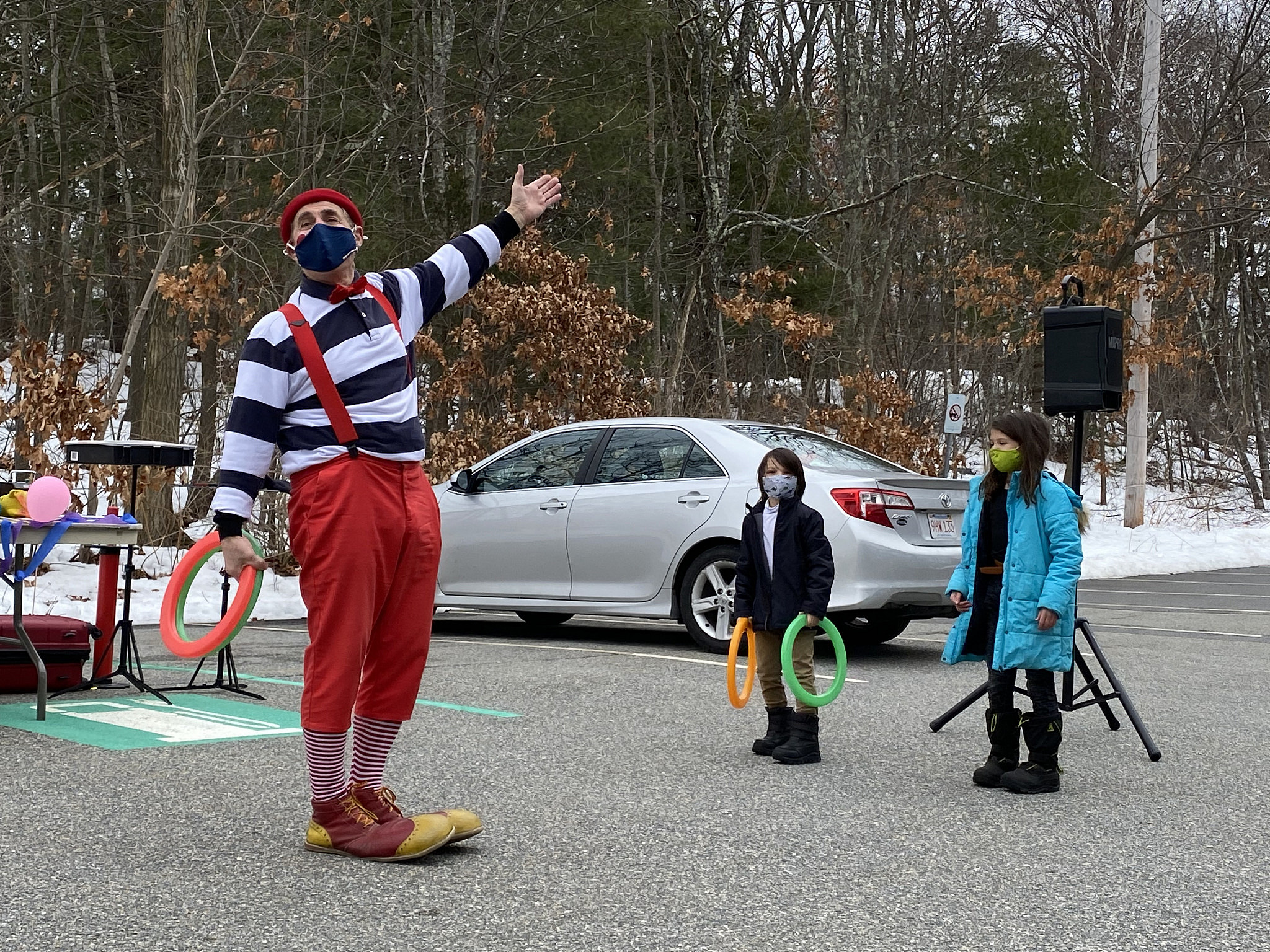 In this upside-down world, we can lose our bearing, but we know that there is healing joy. That’s what we can feel at a simhah, like

My father understood that Purim was medicine for the Jewish soul. In the early days of his rabbinate, in the aftermath of the Shoah, the Holocaust, he understood that we needed to feel the happiness of redemption. That’s what this three day Purim is all about. Three days since Shabbat delays Shushan Purim, the Purim observed in Jerusalem. So we find ourselves in the midst of this transformative joy that will hopefully serve as a model as we start to come out of this pandemic.

While everything has been turned over, we remember that we are called upon to protect ourselves and all those on the margins, but we know that we have the tools, embedded deeply in our tradition.

Purim reminds us that we can overcome the loss and heal, though it will take time and therapeutic joy.