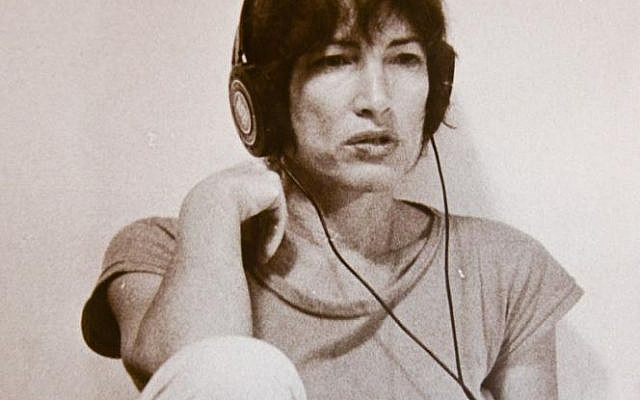 For those of you who may not know, Varda Rasiel Jackont is a popular radio host in Israel, but to me, she’s more than that. She’s a person I value and know on a personal level. I was given the privilege to read her personal diary, which she has not published yet. In the diary she is seen as a person you might not know just from listening to her radio shows. In fact, she shows a totally vulnerable and sensitive part of herself.

In her diary she showed her inner growth on how she completely fell apart but learned skills that helped her move toward her goals in life. Like many people, she fell in love with people who did not appreciate her love. Many of these people had charismatic personalities, and while she had a child, and a non-supportive environment, she focused on her long-term goals and constantly told herself that the most important thing was not to feel sorry for herself. She used her anger as a motivation to get far and dared to allow herself to succeed despite what others told her.

So here are some signs from Varda’s diary that you are in an obsessive/destructive relationship. Varda, I hope it will motivate you to publish it.

Please note these are my conclusions based on Varda’s diary

1. The status of the relationship is not clear. For example, from Varda’s diary, her former boyfriend showed he was madly in love with her one day and showed no interest in her on a different occasion within a short time.

2. They make you have manic-like episodes. While it is normal to feel up and down in a relationship, too much of that is a sign that something is wrong.

3. They are constantly testing you and checking to see where you have failed. You might feel that you are walking on eggs, “be good” to pass their tests, you might withhold your emotions, not express your true self.

4. They demonstrate lack of trust, whether they are cheating on you or not following up with their promises. They are forgetful of what is really important to you.

5. You are only thinking about them. You can’t concentrate on anything else.

6. You are contemplating suicide.

Some ways to come out of obsessive relationships based on Varda’s diary:

1. Think about your goals.

2. Create a mantra or sentence to tell yourself. It should be something that motivates you. One thing Varda told herself is “the important thing is not to feel sorry for myself.

3. Express yourself. Varda wrote her feelings down, which helped her reflect. You can do that, or just talk to someone.

4. Cut all ties with the person who you are obsessed with. Easier said than done, but that’s the only way out.

5. Get busy with your schedule.

6. Have good supportive friends to talk to.

Varda’s diary demonstrates how hard it is to come out of a destructive relationship. She was even suicidal. Instead, she took care of herself and valued her strengths and moved toward her goals.