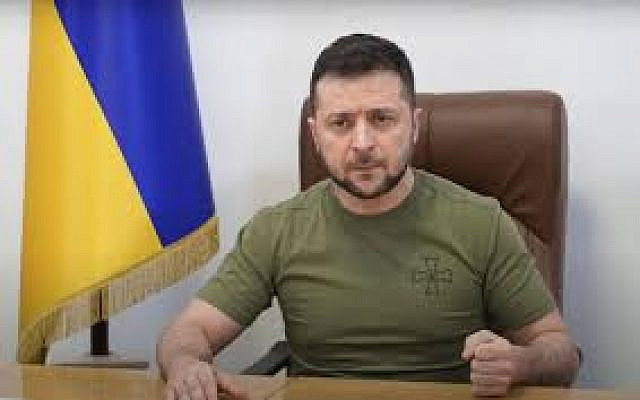 For most Jews, the Holocaust is one of the most pivotal moments in our history. It was a moment in time when a so-called civilised first world industrialised nation invested inordinate amounts of intellectual brainpower, money, military might and industry to totally obliterate and remove an entire people from the earth – my people.

And the only reason it stopped was not because of lack of trying or lack of will, but because the Nazi apparatus was so completely militarily destroyed that it was physically unable to do it anymore. Until the very last possible moment, they continued to murder Jews.

There had never before been in history, a goal so focussed on a scale so large to eliminate an entire people – men, women and children. And it was called the Final Solution, because if it had succeeded in totality and if the Nazis had managed to extend their tentacles to every corner of the earth, there would have been no more Jews in existence anywhere.

It would not have been an end, but THE end.

So when I see the President of Ukraine, Volodymyr Zelensky, tell the Knesset, the Parliamentary body of the only Jewish country on earth, that what is happening in Ukraine today is the same thing, it angers me and it upsets me.

Now I want to be clear. I don’t support Russia. I don’t support Putin. I think he’s a thug, and what he has done and is doing is insanity. The blatant and purposeful attack on the innocent people of Ukraine, including their schools and hospitals and homes with such incredulous weapons of death, is in my view a war crime. Thousands have been killed in this unnecessary war and over 3 million people so far have been forced to flee their homes, their lives, their sanctuary, leaving behind destruction and death. It is the stuff of nightmares.

But I also can’t just sit here and pretend that the President of Ukraine, didn’t just take one of the most traumatic events in Jewish history and mocked it. Yes – mocked it. Because as tragic and horrible and terrible this war is, he just told us it’s the same thing as the systematic murder of 6 million innocent souls. He also told us that 80 years earlier his fellow Ukrainians helped the Jews and now it was our turn.

This distortion of history is a crime.

Because although there were Ukrainians, honourable people who deserve only the highest respect, angels on this earth who put their lives on the line to save Jews, there were others too.

Many many others – who not only did nothing but actually helped murder us. Now, it’s true that many were forced to do so, but not all. Many benefited from the deaths of their Jewish neighbours.

There were thousands of massacres in Ukraine during the Nazi occupation, and they did not all take place under the cover of darkness in faraway isolated ravines and forests. They took place in towns and villages in full view of the local population. In fact, it was the locals who were involved in transporting their victims on carts, it was locals who helped dig the pits we’d be shot in, it was the locals who helped cooked food, supplied drink, played music for the Nazi officers to drown out the screaming children ripped from their mothers arms.

It was the local Ukrainian police, who helped secure Jewish neighbourhoods and ghettos before the massacres took place to ensure that no Jew could escape. And it was often those local policemen, among others, who raped the Jewish women, killed the men and children, took over their homes, chased them in the streets, humiliating them, tormenting them, beating them and murdering them with iron pipes.

The blood of my people runs deep in Ukrainian soil.

Even today there are statues in Ukraine that celebrate national heroes who murdered thousands of Jews. And even today there exists neo-Nazi battalions like the Azov Battalian who have been integrated into the Ukrainian armed forces.

So President Zelensky, you don’t get to preach to the Jewish people about morality – not when your country has voted consistently against Israel in every major UN resolution, including the despicable UN Security Council Resolution of 2016. That resolution sought to cancel Jewish history – my history and my nation’s history.

Don’t even compare what the Jews went through to what is happening now. The Jews had no army and they had no allies and no one held solidarity events for them as they were burning in pits and choking in gas chambers.

The Holocaust may have been a while ago, but when history is forgotten, it can be repeated. And every day Jews fight against the growing Jew hatred in the world that strives to distort our history, twist it, and replace it with a fantastical fictitious narrative that had never existed before in time.

And the truth is that Israel is doing far more than most other countries in helping Ukrainians. It is Israel that is absorbing thousands of non-Jewish Ukrainian refugees, giving them safety and security, even though they have no obligation to. It is Israel that has established a field hospital in Ukraine to help those injured. It is Israel, who is sending vast amounts of humanitarian aid to Ukraine. It is Israel, whose Prime Minister broke the Sabbath – something critical to his being, to try bring about peace for your people.

Don’t attack Israel for not sending weapons, when it was Ukraine who signed deals with the USA and Europe and even Russia to recognise their sovereignty. Your problem is with them, not Israel, so don’t use guilt against the Jewish people for the mistakes of others.

I hope this war ends soon and I hope that the Russian government will be held accountable, and I truly hope that peace will return to Ukraine, whose innocent people do not deserve this terrible suffering they are enduring. And I hope that Israel continues to be a light until the nations, helping out in so many amazing ways, just as they have helped countries all around the world in times of crisis – something that makes my heart burst with enduring pride.

But President Zelensky, while I support your fight, don’t attempt to slander my people and my nation with your twisted distortion of history. And don’t step on the memory of my murdered family to promote your cause.

For we are a people with a strong memory and a strong moral centre – a people who are very proud.

And we will not accept it.

About the Author
Justin Amler is a South African born, Melbourne based writer who has lived in South Africa, New Zealand and Australia.
Comments