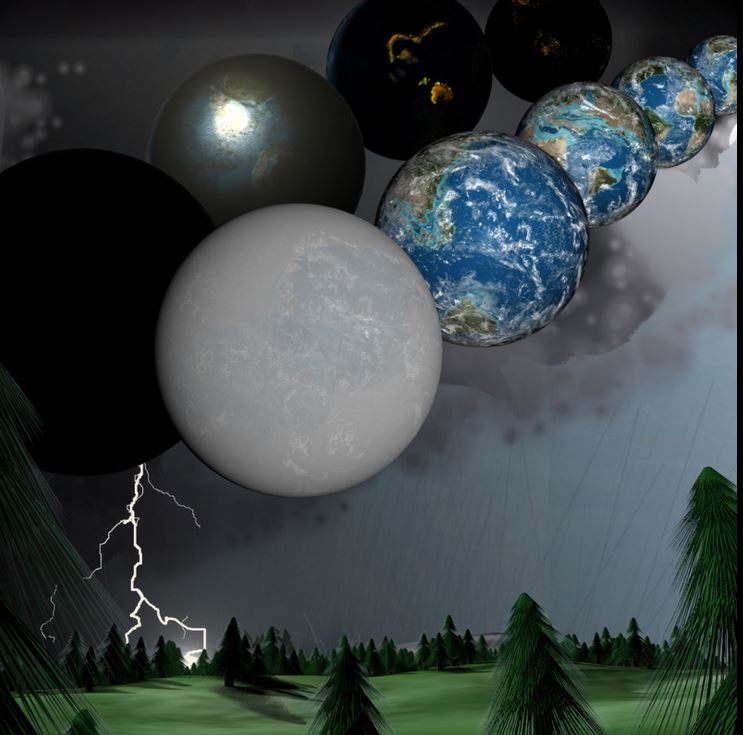 Parshat Vaera introduced the first seven plagues upon ancient Egypt and they were bad enough. They involved the turning of water to blood, frogs, lice, flies, murrain, boils, and hail. Parshat Bo tells us about the last three plagues of locusts, darkness, and the death of the firstborn. All of these plagues were horrible, to be sure, but not as horrific as they could have been.

It certainly would be unthinkable to lose one’s firstborn, but what if one’s whole family, community, or nation were destroyed all at once? What if whole nations were wiped out in a relative blink of the eye? Nothing puts the “fear of God” in people like natural disasters over which we have little power.

When a natural disaster befalls modern man, even people who do not believe in God often refer to it as an “act of God.” It’s not that atheists consciously blame God for the largescale perishing of human beings in floods or tsunamis. It’s just that such natural disasters are recognized as being beyond humankind’s present ability to prevent.

The haftarah for Parshat Bo says in Jeremiah 46:28, “Fear not thou, O Jacob My servant, saith the LORD, for I am with thee; for I will make a full end of all the nations whither I have driven thee, but I will not make a full end of thee; and I will correct thee in measure, but will not utterly destroy thee.”

Even if we solved every problem facing the human race on earth, our oceans eventually will be boiled away by the sun’s increasing brightness due to a shortage of the sun’s hydrogen, beginning in a billion or so years. Crops will not grow and life cannot be sustained on the earth’s surface once the sun becomes a red giant. As the history of our planet bears witness, perpetual stability is not the natural order. Our days are numbered on this planet.

Although humankind thinks that it is the crowning achievement of the universe, we in the form that we currently find ourselves are doomed to eventual extinction. A totally and permanently stable environment would be the only way we even in theory could avoid extinction, but unfortunately such a utopia would create a new set of biological challenges equally problematic. Either we adapt to a changing environment or we die.

Ancient Egypt was slammed with some fairly horrific plagues, but what is lurking just beyond our horizon could make Egypt’s plagues seem little more than a bad dream. Let us count the potential weapons in God’s arsenal that He could bring to bear on us if He chose to do so. Our ten plagues could include earthquakes, gigantic solar flares, widespread volcanoes, meteor or comet impacts, superstorms, tsunamis, supernovae bursts, pandemics, major climate shifts, or even a wandering black hole passing too close within our celestial neighborhood. And that’s just a short list.

Judging from the wars of the last century and the savagery of Jihadi terrorism now being exported beyond the chaos of the Middle East, it seems more likely that the human race would destroy itself and make any judgments of God unnecessary. God would not have to destroy us directly if He wanted to do so. If He just gave us the proverbial “rope,” it is likely that we would just hang ourselves if our violent history is any indication.

The list of ways by which humanity could destroy itself or come close to doing so is long enough to be scary: Runaway mutation of bioengineered pathogens, global nuclear war, overpopulation, total homogenization of humankind, runaway greenhouse effect, unexpected side effect of a yet little understood technology, a global scientific experiment run awry, or widespread WMD terrorism.

In my way of thinking, Adolf Hilter was totally insane. If that is true, then many members of the Third Reich were also insane for blindly following him. Modern terrorism also seems like insanity to me. How certain can we be that future water supplies will remain safe from sabotage by terrorists or future dictators? Terrorists could poison our water supplies in order to kill or dictators could add harmful drugs in order to manipulate human behavior.

A truly horrifying scenario in the future would be one in which a pandemic or poisonous drugs caused everyone to go insane simultaneously and kill each other. Hopefully, such horrifying possibilities will never actually happen. Yet previous generations never thought the horrors of World War II and the Shoah could happen.

Education and technological progress, which seem so positive to us, might actually in the long term contribute to a negative feedback mechanism. Those with the least amount of education in poor countries often have the most children, whereas those with more education and who are more likely to pass what we consider enlightened values on to their children have on average lower fertility rates. Human regression as measured in terms of scientific enlightenment and technological progress might actually be cyclical.

Busy work schedules related to modern society’s so-called progress cause modern couples to want to have few children, if any at all. Fertility rates are dropping below replacement level all around the world. The earth’s population is already over 7 billion and United Nations demographers predict it will peak at about 9.2 billion people around 2050. No one knows what happens afterwards.

Because of falling fertility rates related to progress, a downward population plunge is possible. With negative population growth, each generation produces fewer children. At some point, there might not be enough young people to take care of the elderly who will live longer and longer. No one knows how close to zero population it can go before a plague or natural disaster sends us the way of the dinosaurs.

Natural resources will continue to be scarce in many parts of the world for the near future. Large migrations of refugees will pose problems that scientists are just now beginning to study and understand. Wars will continue to be fought as many nations continue to run low on available water and arable land. The world has become a village and the neighbors are unfriendly.

Israel must continue to strive to help solve the world’s problems as it has already been doing. Some argue that if rogue nations and terrorist groups have to kill, it would be preferable for them to fight and kill one another than those who love peace. Yet it is better that no one is killed. We not only want neighbors who like us, we want neighbors who like each other. It is in Israel’s best interest when our neighbors live together in peace and prosperity.

God certainly will do what He wants to do without asking our opinion, but we don’t need HaShem to destroy other nations in order to fulfill the negative part of Jeremiah 46:28 for our sake. God likes variety or there wouldn’t be so much of it. Being Jewish wouldn’t be unique if there were no non-Jews with whom to contrast ourselves.