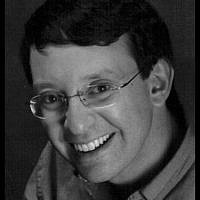 The Blogs
Jon Spira-Savett
Apply for a Blog
Please note that the posts on The Blogs are contributed by third parties. The opinions, facts and any media content in them are presented solely by the authors, and neither The Times of Israel nor its partners assume any responsibility for them. Please contact us in case of abuse. In case of abuse,
Report this post. 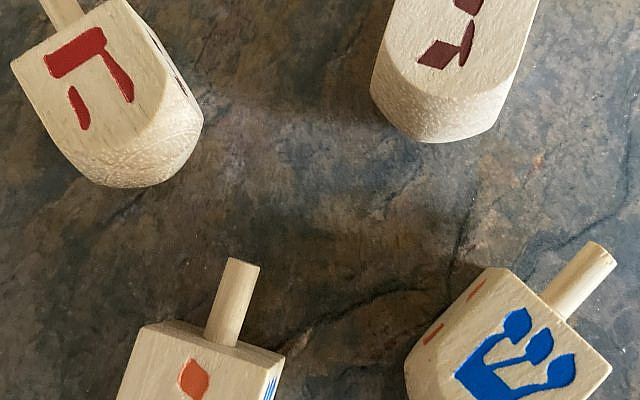 I think we can learn about hope from the dreidel – nun נ, gimel ג, hay ה, shin ש.

The definition of hope that comes closest to the matter for me is from Czech playwright and dissident and eventually president Vaclav Havel: “Hope is definitely not the same thing as optimism. It is not the conviction that something will turn out well, but the certainty that something makes sense, regardless of how it turns out.” The Talmud says that when we arrive at the entrance to the World to Come, we will be asked a series of questions about how we lived, and then the last question will be: “Tzipita liyshua? Did you have hope that there would be redemption for yourself, for the world?” Before you knew how your story on earth ended, before you knew the state of the world when you left it, did you hope?

So, the dreidel. On the surface — on its four surfaces — the dreidel seems like the very essence of randomness, the opposite even of hope. You can hold it by something firm, it comes together here on one point, but those don’t last. As soon as you put it in play, it’s just all uncertainty. Nun, Gimel, Hay, or Shin? But I have come to see each letter and each possible landing as a different kind of hope.

When you play dreidel someone brings the M&Ms, stakes the pot in the middle, and gives some to everyone. When you spin, if you land on Gimel you get everything in the pot. Hay, you take half. Nun, nothing happens. Shin, you put something in.

Look deeper into each outcome, and there’s a type of hope corresponding to each outcome. Gimel hope, Hay hope, Nun hope, Shin hope.

Gimel stands for the word gadol, meaning large. Gimel is when you win all the M&Ms in the middle.Gimel hope is going for broke, hoping and praying for everything. The final definitive cure from an illness.  Life or the world exactly as it is supposed to be. And not just praying but getting what you pray for.

My all-time favorite Gimel story comes from Rabbi Sharon Brous, who read it from New York Times columnist Nick Kristof and his wife Sheryl WuDunn. The two were living in China in 1990 and met a young village girl named Dai Manju. Dai Manju was a terrific student who had to walk four miles to school every day. Tuition at her elementary school was an unaffordable $13 per year, and her parents certainly would not be able to pay the additional $4 a year it would cost for junior high.

Kristof wrote about Dai Manju and people began to donate money, as you would expect – that’s not the Gimel — and one donation came through for $10,000! Not just enough for her tuition, but for a lot of tuitions, and enough to build another school. And that’s not even the Gimel. When Kristof checked in again, he found out when the bank was converting the large donation from dollars to yuan, and they dropped a decimal point. The donation was only supposed to be $100.00! But rather than take back the money, the bank just stood by its own transfer and made the difference their own donation.

Ten years later, Dai Manju had finished high school and trained to become an accountant.  She was contemplating starting her own enterprise. Every home in her village had electricity. The readers, the dropped decimal point, and all the other kids made ripples on one family, the village, and beyond. So much Gimel!

In dreidel, the odds of a Gimel are just one in four. In the real world, even less. But each Gimel keeps us going. Gimel is when the world as it is suddenly crosses with the world that we know is supposed to be, and that ideal world is real. If there weren’t Gimel in the world, we could hardly live at all.

When the dreidel lands on Hay, you take half the pot. Hay hope is for something partial. It’s remission from cancer; it’s a good day during the months after a concussion. It’s a big issue win on the local level.

I feel fortunate to live in communities with a lot of Hay. I see people rallying to each other within our congregation all the time, every single week, at times of illness or loss, at times of loneliness, and it’s not everything but it’s more than something. I feel fortunate to live in an area where we have energetic leaders, in office and as volunteers, who are trying to make our city a welcoming community through culture and the library and business and government. I see young people with idealism, finding something to do in politics or service and impatiently asking what can they do next, how can they make a bigger difference because they don’t feel they’re doing enough, that it’s Hay but not yet Gimel.

I see how people hunger for Hay stories, stories of healing and resilience for a time – and I see how much people who live in other places love to know about the partial, hopeful stories of this shul or this state. When Gimel seems too much to hope for, unattainable or just not possible to believe, what people really need is Hay.

Nun is when you get nothing. This is actually the Hebrew letter in the game that stands for nes or miracle. How can nothing be a miracle, much less hope?

When I first talked about this a few years ago I mentioned the Israeli leader Shimon Peres z”l, who was in one view the biggest nothing in Israeli politics and history. He was the loser of more elections than anyone else ever, and he was the champion of the Oslo peace process with the Palestinians that did not achieve peace. There was a lot of Nun,nothing, at the end of the defining initiatives of his career.

Yet Shimon Peres, even in his 90s, refused to give up his conviction that one day his visions would come true.  Half a century before Peres had been the builder of Israel’s first energy revolution, in nuclear power. As an elder statesman, he rolled up his sleeves with young innovators and entrepreneurs to help launch the newest phase of Israel’s green energy revolution. Shimon Peres lived by these words of Rabbi Donniel Hartman: “It is not in our hands alone to actualize our dreams. It is in our hands to ensure that these dreams remain alive.” Nun today means Hay or even Gimel sometime later.

The hardest of the four sides of the dreidel to call hope is Shin — you lose, you put something back. Shin in Hebrew stands for sham, which means “there”, over somewhere else. It seems like the opposite of hope – but it’s not. Shin hope is a kind of hope, that comes as we leap the distance between what we pray for and what is, when they are in fact so far from each other.

I told the story a few years ago about a call I got from a congregant named Sandi one spring day a few years ago, telling me she’d like to chant a Haftarah at the end of July, the one from her Bat Mitzvah.  Sandi used to chant frequently for us, but at the time she was dying from cancer. The previous phone call I’d had with her had been about some bad test results she had received. I wondered if she was really saying “If I’m still alive I’m going to chant the Haftarah.” Neither of us said that out loud.

And indeed Sandi didn’t quite make it. She went into hospice a week before her Haftarah, and she died two days before that Shabbat. Friends were in her room all that week, making plans for how they could chant to Sandi or even have her chant a little bit from her bed. That Shabbat right after Sandi died, when her synagogue friends could have been just too tired or grief-stricken, they came here to services and one of them chanted Sandi’s special Haftarah.

Everything about those weeks was hope with a Shin. In the hospice I asked Sandi where she found the strength to keep going and to hope. She taught me President Havel’s answer in her own words – she said she loved her shuls, and being close to the Torah, and the people who were in her life because of the shuls, and her small family. She looked at me like: no big deal. Planning to chant the Haftarah was what she was putting into the pot, that was her Shin, how she expressed hope and lived it. Hard as it was, all her friends and all of us have what Sandi put in.

The story of Chanukhah comes entirely from Shin. The cruse of oil that lasted miraculously first had to be given away as a Shin. At a time when others were despairing, someone made a beautiful container with a special seal of the kohanim, and hid it where the enemy wouldn’t see it. Whoever did so believed one day that someone would be in a position to find the oil – maybe not in the same lifetime, but eventually. Instead of despairing, that kohen played a Shin. They put something in, for later; they put in hope for someone else.

Nun, Gimel, Hay, Shin. Hope for the biggest things; hope for partial healing and partial justice. Hoping for others or the future; and just hoping when you can’t even give any good reason for doing so.

We come here on Shabbat because this is where the M&Ms are stored. We come with however much we have in a given week, and the Torah gives us some more. Maybe you or I walk out with more or maybe we give some; for sure there is someone who leaves our Shabbat gathering with more. Shul is where we come with an absolute guarantee of Gimel in that that tens of people just in this one community will use their lips to say words of peace, love, generosity, and justice. After a week that maybe was a week of Shin, of having, of spending or losing hope, we come here to tell the Gimel and Hay. Even when we hear harder parts, in sermons or programs, we taken them in as Nun and Shin.

Hope in itself doesn’t guarantee healing or Tikkun Olam. But when we hope together, when we bring together our Nuns, Gimels, Hays, and Shins, we help each other live more hopefully, on the inside and toward others.

Not everyone can hope in a Gimel way right now, or in the weeks to come. Yet I hope you can find at least one of the others paths of hope – a Hay, a Shin, a Nun. And most of all, I hope we all recognize the ways we are the cruse of oil, the M&Ms, storehouses of hope for each other and for the world outside.

About the Author
Rabbi Jonathan Spira-Savett serves the Jewish community of southern New Hampshire and nearby Massachusetts through Temple Beth Abraham in Nashua, New Hampshire. He blogs at rabbijon.net and Rabbi Jon’s Podcasts are available through Apple and Podbean. He is an alumnus of the Wexner Graduate Fellowship and the organizer of howtobepresident.org, an initiative to transform how we choose a president by asking better questions.
Related Topics
Related Posts
Comments