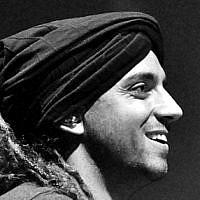 The Blogs
Idan Raichel
Apply for a Blog
Please note that the posts on The Blogs are contributed by third parties. The opinions, facts and any media content in them are presented solely by the authors, and neither The Times of Israel nor its partners assume any responsibility for them. Please contact us in case of abuse. In case of abuse,
Report this post. 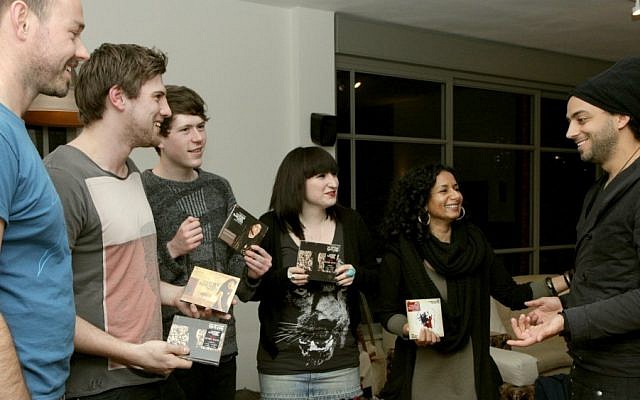 About half a year ago while on a business trip to the U.S., I stayed at a roadside motel in the middle of nowhere in California. Around evening time I had nothing to do there, so I would go down to the motel courtyard to read or just relax.

On the first evening I overheard two men speaking to each other in Arabic. They were around 25 or 28 years old or so. I asked them who they were and where they were from and they said they were officers in the Egyptian Army and were in the US for training.

I told them I was from Israel and they balked a little and kept their distance. Another five or eight officers joined them and we started chatting about Israel, which they had never visited, and said that considering their position, they probably never will visit.

They had never spoken to an Israeli before, and were curious to know about the cultural and daily life of Tel Aviv. I felt I was talking with the cream of Egyptian society. I can’t really explain why, but these conversations were triggering in me the same emotions that I feel when I talk with Israeli Navy Seals or Special Forces: a group of men with deep sense of honor.

Those Egyptian officers were exceedingly knowledgeable about many [Israeli] military issues. They knew all about Raful, the Bar-Lev Line, the Dakar Submarine, Ariel Sharon, Moshe Dayan, Rabin, tanks, fighter jets… They talked with great admiration about Israeli military prowess and power; and with great and deep patriotism about Egypt and what they viewed as its moral power.

These conversations went on for 10 days, and sometimes we kept a certain distance and other times we came closer. On the last evening, one of the officers, who looked to me like the salt of the earth of Egyptian society, said to me:

“Idan, it is very important to me that you know that our parents fought in the war that you call The Yom Kippur War, and that they were good soldiers. It is important to me that you know that before we are soldiers, and before we are Egyptians, we are foremost very devout Moslems, and that we interpret Islam in a very different way from how it is sometimes viewed in other Mid-Eastern countries, including your neighboring countries.

I listened to the Egyptian officer and I thought to myself, “Rejoice not when your enemy falls,” the same values for us and for the best of them.

I’m writing these lines because I was horrified to hear that a woman, apparently from the very extreme Israeli left, wrote that she was happy about the Israeli helicopter training accident that led to the deaths of two of our finest guys. This wretched woman is a disgrace to our country, and people like her are the lowest of Israeli society. There is nothing Jewish in them, nothing Israeli, and it would be best for us to cast them out of our society.

I’m dedicating the final shows of the Idan Raichel Project tour to the memory of those two pilots, who are without a doubt the finest of Israeli society.

About the Author
Idan Raichel is a popular Israeli singer-songwriter and a musician, known for his Idan Raichel Project, which is distinctive for its fusion of electronics, traditional Hebrew texts, and Middle Eastern and Ethiopian music
Comments