The Blogs
Fred Hidvegi
Apply for a Blog
Advertisement
Please note that the posts on The Blogs are contributed by third parties. The opinions, facts and any media content in them are presented solely by the authors, and neither The Times of Israel nor its partners assume any responsibility for them. Please contact us in case of abuse. In case of abuse,
Report this post. 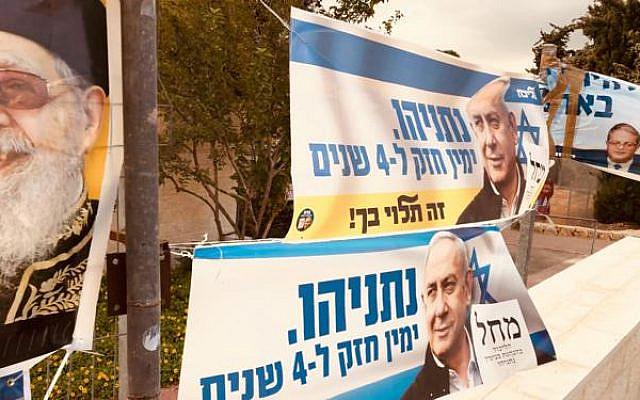 Mevaseret Zion is considered a Likud-Shas safe haven by its residents, who are proudly voting for the threeway of criminals that consists of Benjamin Netanyahu, Arye Dery and Itamar Ben-Gvir.

While I’m heavily interested in politics, legally I am considered a child. Somehow that has not stopped me from seeing the colorful catastrophe that is the Israeli political arena. Or particularly, the way people see and “examine” the electoral process and its result.

I can only speak from experience, which is being surrounded by teenagers whose ideas are – in varying degrees – inspired by their parents’.

As we talked about the election results in class, two popular ideas became apparent; one, that it is somewhat unfortunate, that Ben-Gvir can now become a influential member of government, and two, that it is still preferable to the alternative, which is, according to my classmates, is Balad heading the government. An alternative which has never had any plausibility outside these kids’ parents’ living rooms.

Someone said that while it does suck, that the far-right has won, it is the people’s choice, and we should respect it.

This is a much-repeated sentence in my school, where we students are surrounded by the ideas of subjectiveness. Just last week, in civics class the teacher reiterated that no matter how much we disagree with someone’s opinions, we should always embrace and encourage them and give the speaker a platform. “No matter how much you disagree” seems like a very good idea coming from, for example, an authoritarian regime where you were always told to keep your opinions to yourself.

It doesn’t sound like a good idea when a racist person’s “opinions” and “views” are valued the same as the cries of suffering people east of the mountains of Jerusalem.

Both are opinions, and both should be heard an equal amount, according to my liberal, Israeli education and overall upbringing.

When we are talking about the marches against the existence of Arabs in this country and someone is kind of silently agreeing, we’re told to “hear out each other’s opinions and not burst into the other person’s words”, as if wanting to annihilate another people is a legitimate “opinion” to have.

The election results are the type of extremity we should be expecting as a “jewish and democratic” country. Based on the above mentioned logic, Ayman Odeh campaigning for the stop of the occupation and the killings of innocent people who were in the wrong place at the wrong time is equal in value to our friend at Jewish Power, Itamar swinging his gun at Palestinians and inciting violence against them.

Since education in Israel is segregated, everyone in my school is all Jewish. They are eternally accepting of each others’ opinions and thoughts about politics, but when one of them gets a platform to say whatever they want, they go in the direction you would not exactly expect. For example, how “no Arab should have an Israeli citizenship”.

This comes as a consequence of a society encouraging every single opinion of everyone and not trying to question or convince them.

“Sure, Ben-Gvir is radical, but can you imagine Hadash in the governing coalition?” A direct quote from a real person who considers this a normal sentence.

Hadash is a political party, yes, a party that strives to have power and influence, yes, but in addition to all of these, it also strives to protect human lives and rights.

Ben-Gvir, on the other hand, wants to kill people. He had the picture of a murderer on his living room wall. He is a convicted criminal.

Children and young people are supposed to be the future, but what future is where teenagers enthusiastically support criminals to be the leaders of their country?

About the Author
Fred is a high school student. He is very critical of the IDF and their practices.