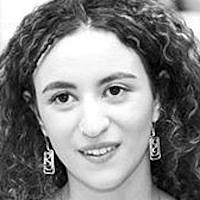 Twitter – an online land where amongst 280 characters, you can display your thoughts, favourite food and, for Donald Trump, remind your citizens of CHINA!

In democracies where freedom of expression is the rule, not the exception – Twitter is the playground for retweeting allies and angrily replying to adversaries. While you’re guaranteed to run into views which differ from your own – the uncensored nature means both anti-racists and bigots alike can thrive.

In recent months this is evident. Seeing people engage in discourse and learn from one another, *myself included*, has been humbling. As an ally for anti-racist causes, I know the importance of this platform for using one’s voice to educate, learn and prevent the same hatred from snowballing.

However, in the last few days, a hashtag has popped up —#JewishPrivilege. Yes, a Twitter hashtag, not pro-Nazi propaganda to teach you about the dirty Jews who have it all. For proponents of the trend, those engaging appear to see this as a sibling to #WhitePrivilege.

But there is a fundamental difference. White privilege is a real thing. I, as a white Jew, benefit from systems of Whiteness. Examples include never being scared of the police, not being stopped in airports and seeing myself in the media growing up. For things to change and become more equal, white people need to accept this and do better.

What I will not accept is this Twitter trend, created by the same white supremacist ideas that demonise all ethnic minorities. Also, just to put it out there – not all Jews are white. To think so is the erasure of many Jews who are not caucasian.

The idea that one of the most persecuted groups in history experience #JewishPrivilege plays into many antisemitic tropes. For the antisemite, Jews are rich, powerful and eat children’s souls for breakfast while laundering their remains to the Zionist state. Rather, this is a group with a lot of suffering.

And yes, it can be argued that Jewish people have it easier than many minorities. Through my Whiteness, I agree. However – having people do a nazi salute at me, laugh at my big Jewish nose and put me on trial for Israel’s actions isn’t really a privilege. To suggest that I have a role in what is going on in Palestine is antisemitic. Being scared at college to tell my newly acquired friends that I was a Jew in fear that they would no longer like me – is not a privilege.

Something 2020 has taught me is that people do care about oppression and minorities. Seeing the influx of activism in light of George Floyd’s death was required after centuries of subjugation and racism.

However, you can’t claim to be an anti-racist if you see Jews as an all-powerful group who control the world. For me, your advocacy is paradoxical and doesn’t do any good.

I am fortunate enough that the Holocaust is taught in schools, while many other things, such as the British empire in Africa is not. All I ask is that people educate themselves further. Jews and non-Jews alike need to put themselves in each other’s shoes more. While it is difficult to truly understand what it is like for that person – you can do your bit. Learn. Educate. Empathise.