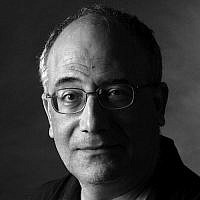 A people becomes “ real ” when it has the capacity to take the ideas it has nurtured in theory and apply them to the world. Jean Jacques Rousseau, 1763

“Terrorism is “the use of violence against random civilian targets in order to intimidate or to create generalised pervasive fear for the purpose of achieving political goals” (Yonah Alexander, 1976, p. xiv).

The residue of the 100 year Arab Israeli conflict, now termed the Israeli Palestinian conflict, is centred on the contested territory formerly known as Mandated Palestine, an area claimed as their homeland for over 3000 years by the Jewish national movement, Zionism.

In this four part series, the term “Arab” is often used in lieu of the more frequently used descriptor “Palestinian” because, from 1948, with the declaration of Independence by Israel and until 1964, neither a real or even a putative “Palestinian” identity was countenanced by the Arabs who always considered the territory of the new Jewish state under the territorial and conceptual hegemony of South Syria and part of the wider Arab Muslim Ummah. And in the 1300 years before that, there is never a reference in any historical, religious or sectarian tract to a “Palestinian” “people” or polity.

Antecedents of the religious war against Israel

From the very beginning, the wider Arab Israeli conflict post the Peel Commission and Partition Plan, was a conflict nominally about land ownership but which swiftly morphed into political Islam or religious Islamism influenced by the Muslim Brotherhood born in Israel’s contiguous neighbour, Egypt, and nurtured by that same National Socialist supremacist ideology as exemplified in Hitler’s own mufti, Sheikh Amin al Husseini during his sojourn in Berlin 1941-45 as a wanted man.

Al Husseini sent Hitler 15 drafts of declarations where, among other things, he called on Germany and Italy to declare the illegality of the Jewish home in Palestine and to “grant” to the Arab countries the “right” to solve the “problem” of the Jewish elements in Palestine and other Arab countries by the same method and manner by which that “problem was now being settled in the Axis countries”. (Response, (Fall 1991), pp. 2-3)

And so the thrust of this section of the article, Part I of a four-part series, will posit that the Israeli Palestinian conflict is a radical, fundamentalist, religious Islamist struggle based on supremacist ideology not unlike that of white extremist supremacist groups.

Further, Islamism and Islam are not two unrelated themes here. Islam is indeed a religion with an all-encompassing way of life with profound implications for the social and political ordering of the world.

From there, we come to the position that Islam teaches that every Muslim is obliged to obey and imitate Muhammad in all things.

The earliest biographies of Muhammad by authors of mainstream Muslim tradition, Ibn Ishaq (died circa 760), Ibn Hisham, and al-Waqidi (died circa 820), suggest that Muhammad saw religion and political power as closely linked. According to these authors, Muhammad devoted the last two decades of his life to the pursuit of political power, first in Mecca, by peaceful means, then, after his expulsion from Mecca in 622, in Medina, by waging war.

Ibn Ishaq and al-Waqidi both depict the war Muhammad launched from Medina as aiming at far more than mere self-defence or religious freedom for Muslims. (Tilman Nagel, 2020:108, Muhammad’s Mission)

These authors stated that Muhammad’s goal was to destroy a non-Islamic social and political system in the Hejaz and to replace it with an Islamic one designed to induce conversion to Islam over the short and long term. (Spoerl, 2020, The Journal of the Middle East and Africa 11 (2020): 1-16)

This system would be purely monotheistic, with polytheism completely stamped out, and Jews and Christians subjugated by Muslims. ( Koran 9:5 and 9:29 (as traditionally  interpreted)).

Thus Islam as Muhammad envisioned and practiced it, was a religion that claimed the right to order all earthly affairs and to implement this right through a fusion of religion and politics (and warfare as an extension of politics) per the saying attributed to him by the Islamic tradition: “Indeed I was commanded to fight people until they say there is there is no God but Allah, and when they say it, their blood and their property is protected and they are answerable to God.” (Rizwi Faizer ed., 2013, The Life of Muḥammad: Al-Waqidi’s Kitāb al-Maghāzī, 544)

Muhammad’s saying is given particular emphasis in Bassam Tibi’s 2012 book, Islamism and Islam, where he states that “Judeophobia”, a religiously grounded prejudice against Jews….was present throughout Islamic history.” (Tibi, 2012: 54-55, Islamism and Islam)

Not to labour the point too much, this Judeophobia transferred to Jews being subjugated by Muslims as dhimmis (protected minorities IF they paid the jizya tax).

However, even here the traditional and historic antisemitic nature of Islam (and Islamism as the political explication of that belief system as envisaged/mandated by Mohammad) is highlighted in the fact that there is nothing “honorable” in the status of dhimmitude under Islamic law where Sura 9, verse 29 of the Koran, as traditionally interpreted, commands that Jews be fought until they pay the jizya tax, the payers having been reduced (by conquest) to an inferior status (saghirun). (Uri Rubin, 2006, “Qur’an and poetry: More data concerning the Qur’anic jizya verse (‘an yadin),” Jerusalem Studies in Arabic and Islam: 139-146)

And, in case the point is insufficiently clear, 9:29 states that “…Jews (and Christians) are to be fought “until they pay the Jizyah with willing submission and feel themselves subdued.”

Ibn Kathir then glosses “subdued” as “disgraced, humiliated, belittled” (Tafsir Ibn Kathir, abridged and translated by Shaykh Safiur-Rahman al-Mubarakpuri et al., 2003, Volume 4, 404-413 verses 9:29-35). Therefore, Muslims are not allowed to honour the people of Dhimmah [i.e. Jews and Christians] or elevate them above Muslims, for they are miserable, disgraced, humiliated.

Ibn Kathir then quotes a hadith from Sahih Muslim in which Muhammad orders his followers, “Do not initiate the Salam [i.e. greeting] to the Jews (and Christians), and if you meet any of them in a road, force them to its narrowest alley [i.e., push them aside].”

Ibn Kathir then gives a detailed summary of the “Covenant of Umar,” regarded by scholars as the definitive law governing the relations of the dhimmis with Islam (Bat Ye’or, The Dhimmi: Jews and Christians Under Islam, 1985) where Islamic law that mandates discrimination against Jews and Christians.

So, how the above ties into the current Israeli Palestinian conflict as a mainly religious rather than a  “national” struggle as it generally understood, and how this religious conflict is strikingly similar to, and influenced by,  core elements of European National Socialist dogma, will, together with other cognates, be explored in Part II.

About the Author
Alan Meyer is a retired educator with an interest in the Arab-Israeli conflict, photography and Australian road trips.