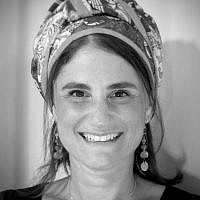 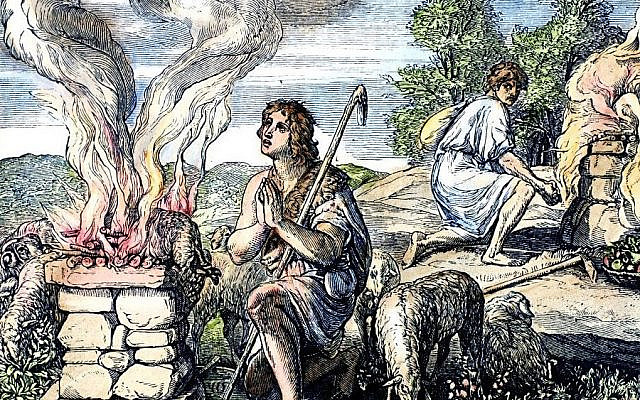 During Sukkot, the festival that celebrates vulnerability, fragility of life and the temporality of existence, we read the Book of Kohelet (Ecclesiastes). It is a challenging read. King Solomon, the man who arguably had everything, ponders the meaning of life. He begins the book by stating: הֲבֵל הֲבָלִים אָמַר קֹהֶלֶת, הֲבֵל הֲבָלִים הַכֹּל הָבֶל.

The usual translation is “vanity of vanities,” says Kohlelet, vanity of vanities everything is vanity.” Rabbi Jonathan Sacks offers a beautiful translation of הבל as “a fleeting breath.” By turning our attention to the first mention of the word in Torah perhaps we can elicit a greater understanding of what Kohelet means. We are told that Adam and Eve has two sons, Cain and Abel. Eve names Cain since she “acquired a man with God.” But the text remains silent as to the reason behind Abel’s name, which suggests that he is to be seen, as was accepted in the ancient world, as totally inferior to his elder brother — nothing, a fleeting breath, a non-entity.

Cain is the prototypical modern man, similar in guise to Adam I in the first chapter of Genesis — a farmer, a person who seeks to define himself by what he can produce, acquire, achieve. He is rooted and space-orientated. Created in God’s image, he is a creator, an innovator (he invents sacrificial worship), someone who seeks approval of others and the creation of a work community.

Abel on the other hand, has many similarities to Adam II (of chapter 2 in Genesis). He is a shepherd, a wanderer living a nomadic existence. He looks to the heavens not to conquer but to contemplate, not to innovate but to introspect. Having been born into an existence of “nothingness,” his is a life orientated by humility rather than hubris. Having been “rejected” by his family, he has already had a taste of bitterness and faced adversity — he has experienced the dissonance between the “ought” and the “is,” between the ideal and the real, and has learned to live with the nothingness of being. Cain, by contrast, has not. Much like Erich Fromm’s definitive, Cain defines his existence through the mode of “having,” rather than “being.” If he does not have the grace of God, the approval of his sacrifice, life is not worth anything. He is angry and bitter and his face has fallen since God has not shown him favor.

Every human being faces “Cain” moments in their lives. For some, they will be frequent, for others (lucky ones), fleeting. We all experience disappointment, moments when reality does not match expectations, or when we come face to face with our mortality and the “hevel” — nothingness, fleeting breath of existence. In those moments, we will likely react much like Cain — anger, disappointment and pain. The question is how we move forward. When faced with our finitude, we can either look at it directly and allow it to elevate us or we can use the many means available to us (and with each passing year, they grow) to escape that feeling of unease. In the Torah narrative, God encourages Cain to face his reality, to elevate himself, and not to be drawn into a vicious cycle of blame and anger — for that will be his downfall.

The key is not to suppress the feeling of nothingness, because it is the beating heart of our human search for meaning and purpose. As Leon Kass writes in his essay: “Ageless Bodies, Happy Souls: Biotechnology and the Pursuit of Happiness,” featured in his book, Leading a Worthy Life: “Living mindfully with our finitude is the condition for many of the best things in human life: engagement, seriousness, a taste for beauty, the possibility of virtue, the ties born of procreation, the quest for meaning.”

When Cain kills Abel, he is not just literally murdering his brother, he is also metaphorically murdering the “nothingness” within — the feelings of humility, and finitude and mortality and inadequacy and failure that are the very life force of humanity and its means to growth. Hence, in order to teach Cain a lesson in vulnerability and finitude, he is destined to be a נע ונד — a nomad, a wanderer, unrooted for the rest of his life. The challenge is to live between dialectical extremes: hubris and humility, rootedness and transience, order and chaos.

On Sukkot, we sit in a temporary residence, we re-enact Abel’s nomadic existence, we relinquish the conquests of Adam I, and immerse ourselves in the existential quest of Adam II. We read Kohelet and contemplate the fact that “everything is nothingness,” and try to refrain, even if it is just for a few seldom moments, from killing the “hevel” (nothingness, but also Abel) within. Because once we have sampled the sublime taste of hubris and impermanency, our return to an existence of “Cain” — conquest, possession and creativity — will surely then be driven by meaning rather than vanity.

About the Author
Dr. Tanya White is an international lecturer, writer and educator with a focus on Tanach and Contemporary Jewish Thought. She is a senior lecturer at the Matan Institute of Torah Learning as well as teaching in Pardes, LSJS and acting as scholar in residence for many communities in Israel and abroad. She has a doctorate in Jewish Philosophy from Bar Ilan University and is the recipient of Schupf Fellowship for outstanding students. Tanya has published numerous articles in books and on social media. To contact her or read more of her ideas visit her webpage www.tanyawhite.org
Related Topics
Related Posts