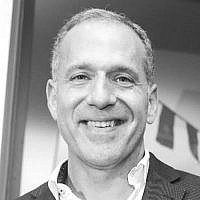 The Blogs
Raphi Bloom
Co Chair of North West Friends of Israel
Apply for a Blog
Advertisement
Please note that the posts on The Blogs are contributed by third parties. The opinions, facts and any media content in them are presented solely by the authors, and neither The Times of Israel nor its partners assume any responsibility for them. Please contact us in case of abuse. In case of abuse,
Report this post. 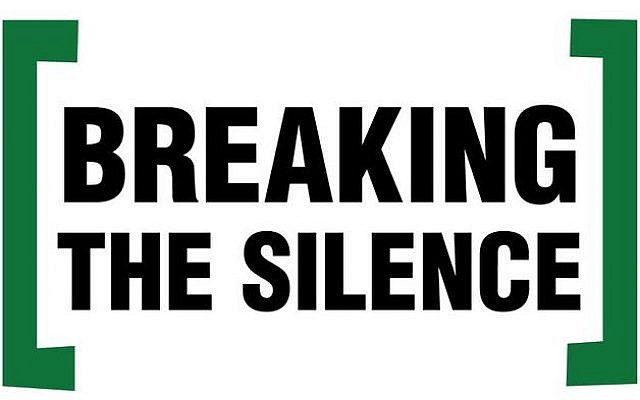 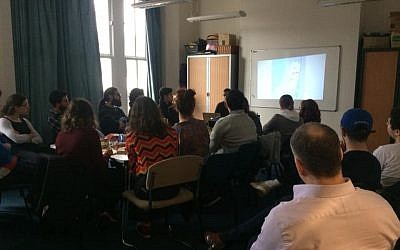 Earlier this week (March 6, 2019) I attended a talk by Breaking The Silence (BTS) facilitated by the UK group Yachad at Manchester University. What I witnessed was nothing short of a very clever attempt to demonise Israel and recruit more people to stand in opposition to Israel. BTS are very disingenuous – they say they support two states and that all they want to do is “end the occupation” but based on the talk and presentation I heard this is anything but the case.

The session opened with an introduction from Esther, the youth and student outreach worker for Yachad, Esther explained that Yachad was pro-Israel, pro peace and how Diaspora Jews have an absolute right to try an effect change in Israel and end “the occupation”. She then introduced “Merphie”, Frima Bubus, who is the Diaspora Coordinator for BTS.

In the run up to this tour, Noah Lisbon, the Under 35 representative of Yachad to the Board of Deputies, had written a blog encouraging people to attend and listen to BTS.

“For those of us who are passionate and engaged with Israel, it is vital that we hear and learn from the parts of Israeli society that we do not agree with, or that anger us.”

And therein lies the problem. Merphie had no intention of educating anyone. Her session revolved entirely around falsehoods, demonising the Israeli Defence Force (IDF) and offering no context as to how the “occupation” arose, how it could be ended and any Palestinian culpability. She referred to the “Nakba” but omitted the Arabs intention to destroy Israel numerous times over the past 70 years. Remember, she is speaking to young university students who in many cases have limited knowledge of this complicated conflict. Omitting this context is highly deceitful.

She then highlighted how Israeli civilians (settlers) living in the West Bank are subject to Israeli civilian law and Palestinians to military law. This is true. But she gave no context and omitted to highlight that many do not consider the West Bank as “occupied” but as “disputed”, that for example resolution 242 calls for the return of “disputed territories” and NOT ” all disputed territories” and that there is a lot of Israeli civil legislation which applies in Israel proper that does not apply to settlements, making this a very grey area – NOT the black and white Merphie portrays.

And then in an even more false and inflammatory statement she told the audience that most settlers are religious and that they refuse to condemn settler vandalism carried out against Palestinians on Shabbat. This was a blanket statement tarring ALL religious settlers with the same brush. She then doubled down on this by describing her own modern-Orthodox upbringing and how this goes against everything she believes in, thereby making herself appear as the truly religious and moral one and religious settlers as immoral, hypocritical frauds. Truly horrible.

Then came the most shocking lie told by Merphie. She recounted a story of 11 settlers who had been evicted from an illegal outpost near Esh Kodesh in 2014 and who went on (in her words) a rampage in the Palestinian town of Qusra uprooting trees and who eventually were rescued by the Palestinian mayor of Qusra from being seriously injured by local Palestinians. (This allegation of vandalism is not backed up by newspaper reports at the time). After being rescued by the IDF they were on their way to the police station for interrogation when 7 of the settlers escaped from a police jeep. Merphie then stated that the police and army simply let them run and if it had been Palestinians arrested for rock throwing who had been escaping, they would have been shot. Let me repeat that. Merphie stated very clearly that the IDF has a policy to shoot Palestinian youth who are running away. This is a clear lie. Whilst IDF Rules of Engagement are secret, I spoke to Maurice Hirsch, the former Director of the Military Prosecution in Judea and Samaria who told me that if this claim were true there would be hundreds of Palestinians shot each month. There are not. When I specifically asked for clarification about this at the end of session Merphie backtracked with a convoluted answer about a policy that in some cases allows soldiers to shoot in the air or at legs if someone is fleeing (this refers to someone who is a clear and present danger). Had she not been challenged the audience would have been left believing that the IDF as a rule shoots Palestinians running away in the back!

Merphie further went on to state that soldiers can enter ANY Palestinian house and commandeer the roof of any house anywhere in the West Bank without needing a valid reason – again a lie. This is proved here:

She further went on to state that soldiers take pleasure in scaring Palestinians in their own homes and are happy to be as intimidating as possible in order to get their own way.

The entire session revolved around alleged wrongdoing by the IDF. There was never any attempt to highlight any of the good work done by the IDF or its strict rules of engagement. There was a clear agenda to paint the IDF as an immoral, criminal organisation who just persecutes Palestinians on a daily basis and that it is only because BTS tells these stories that the “occupation” will end. To Merphie even Gaza is still occupied, and again NO context was offered to explain, for example, that in 2005 when Israel withdrew from Gaza it had prepared the Erez border crossing to handle 60,000 Palestinians a day entering Israel to work, and that it is only since Hamas brutally deposed Fatah that restrictions have been in place.

When challenged by me that BTS is not an “honest broker” because all it does is focus on demonising Israel, paints the settlers as “occupiers” and makes no mention of Palestinian intransigence, “Pay to Slay” or rejection of peace offers Merphie’s response was that she is “not a broker” and only wants to end the “occupation”. However, she offered no ideas or plans on how to end the “occupation” and placed the entire onus entirely on Israel, as if there were no attempts to destroy Israel or a Palestinian terrorist movement before 1967. This again proved it is all about painting Israel as the sole cause of the problem.

Merphie finished by stating that if Israel did withdraw from the West Bank, she is confident that the IDF could handle any security issue – a fantastically glib claim that makes it sound “oh so easy” but completely fails to take into account the deaths that would occur on both the Israeli and Palestinian side. Just to look at Gaza for reference.

And this is where BTS is so dangerous and dishonest. To sit in front of students – both Jewish and non-Jewish – and present a completely one-sided session full of lies and smears whilst offering NO context or balance shows that what BTS really wants is to build a whole new generation of supporters who seek to oppose, demonise and delegitimise Israel for its own sinister purposes. Yachad, by giving this organisation a platform is not fulfilling their “duty of care” to students and are enabling those who seek to damage Israel.

So Yachad – you ask people to listen and learn from people they don’t agree with. When are you going to bring over a speaker who challenges YOUR narrative – for example Reservists on Duty – and hold yourself to your own standards?

About the Author
Raphi Bloom is co-Chair of North West Friends of Israel, the UK's largest pro Israel grassroots organisation. He regularly speaks on TV and on university campuses and schools in the UK to speak for, and debate on behalf of, Israel. He is also the spokesperson for the Israel Coalition, of which NWFOI is a member. In his professional career Raphi is the Director of Fundraising and Marketing at The Fed which is Manchester's largest Jewish social care charity and co-founder of TotallyJewishTravel.com, the web's biggest Jewish travel website.
Related Topics
Related Posts
Comments