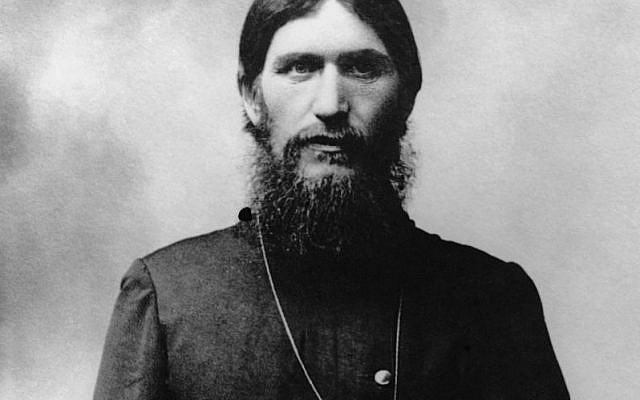 Every revolution evaporates and leaves behind a trail of bureaucracy.
-Franz Kafka.

Grigory Yefimovich Rasputin was not a monk, nor was he a mystic, is the story. Yes, he was. Illiterate, immoral and full of multiple perversions, the “cursed monk” came to directly influence the mythical, aristocratic and mysterious Tsarist Russia. In that imperial Russia, one of the most remembered events in world history took place. The Russian Revolution, the one that began in February 1917 and ended with the Bolshevik Revolution or October Revolution, which ended with the shooting of the Romanov family and gave way to the new government led by the leader of the revolution Vladimir Ilich Ulyanov, alias Lenin.

When Lenin died, he would be succeeded in power by Iósif Vissariónovich Dzhugashvili, alias Stalin. Likewise, before characters like these, and others, such as Lev Davidovich Bronstein, alias Trotsky; Rasputin was not only the beginning of the announced end for the Czars, but also the first upstart in the once noble Russian society.

Rasputin, as a legend, represents the lack of autonomy of a ruling class, of its government and of that society itself. It happened in Russia, but also, it happened in Europe, an example is Hitler, who by means of sibylline intrigues took power, taking advantage of a moment of vulnerability within the government of the senile former war hero and at that time president of the Weimar Republic, Paul von Hindenburg.

Likewise, Grigori Rasputin, born in Pokrovskoe, in remote and icy Siberia, had come from the monastery of St. Nicholas of Verkhoturie, located in the Urals, to Moscow and then to the court of the Tsar, in the very refined and Europeanized St. Petersburg. Although he had previously made a pilgrimage to the Holy Land, passing through Greece.

Rasputin had entered the court of the greatest Empire of the time, and he did not intend to leave his privileged place in the heart of that place. An effort that cost him work, but which, in turn, came naturally to him, in the midst of mysticism, esotericism and the ruses he professed to achieve his ends, as perverse as they were sordid.

Scourged or flagellants, in Russian jlystý or khlysty, was the sect to which Rasputin belonged. Like all those who come to power, he belonged to a dissident, secret, mysterious, enigmatic and, above all, arrogant group. Although this group of flagellants, linked in a sectarian and marginalized way to the Russian Orthodox Church, had the particularity of performing assemblies or “religious” rituals, in which the “select” group of both men and women, after entering into a trance by means of some hallucinogen, getting drunk, whipping themselves with branches or twisted cloth, dancing in circles, and having unbridled sexual practices, this group ended with repentance and after that with purification. They believed they atoned for their sins through all this. The man from Pokrovskoe maintained that, “One must commit the most heinous sins, because God will be more pleased to forgive the great sinners.

Moreover, one of the participants was the chosen one, in whom Jesus himself had “reincarnated” and the fact of having physical intercourse with him, turned sin into virtue. And Rasputin held the title of being that reincarnation of the Christian god. Although as absurd as it may seem, not only the less enlightened agreed to such a ruse, but Tsarina Alexandra herself fell into Rasputin’s nets, becoming his mistress. Also other ladies of the refined Russian aristocracy were deceived and seduced by Rasputin. And even men as well; among them, Prince Felix Yusupov, undoubtedly the most famous, not only for being Rasputin’s murderer, but also for being the most pharaonic landowner in Russia until the October Revolution.

Rasputin, who was introduced to Princess Militza of Montenegro, Grand Duchess of Russia, and she introduced him to Tsarina Alexandra, who had inherited hemophilia from her grandmother Queen Victoria of England, as would her son, Tsarevich Alexei. The Tsarina saw in Rasputin, the salvation of her son, because in effect, the fame that the Siberian had as a healer, was not so misleading, and managed to stop the Tsarevich’s hemophilia, perhaps it was only that he restricted the use of the newly discovered “aspirin”, which today is well known to be contraindicated for patients with hemophilia.

The Black Centuries, which was an openly anti-Semitic movement, composed of all kinds of criminals, members of the police, public officials, workers, peasants, clergymen of the Orthodox Church, and even landowners and bourgeoisie, who had gathered together, reaching 300 thousand members, with the purpose of assaulting the Jewish minority residing in Russia and even in the vicinity. Rasputin was at first in favor of this movement, because it was in his favor that the Prime Minister and Minister of the Interior, Pyotr Stolypin, who was also the only sensible politician of the moment, was dismissed. In fact, Stolypin, who, although he was conservative and defended the tsarist autocracy, was also a reformist, could have stopped the social unrest, as he managed to do when he turned 9 million peasants into landowners. Likewise, Stolypin sought to put an end to discrimination and persecution of Jews.

Stolypin was one of the few who did not allow himself to be glimpsed by the mysterious figure of Rasputin, but rather repudiated him and even called him “reptilian”. And in 1911 he even promoted Rasputin’s banishment from the court, without the opinion of Tsar Nicholas and his wife Alexandra, in her turn, the Siberian monk’s mistress. The attempt to get rid of Rasputin failed, and, on the contrary, caused the relationship between the tsars and the minister to suffer. Stolypin that same year was assassinated and this meant a great loss for Tsarist, then Bolshevik Russia.

Now, if Rasputin initially supported the Black Centuries, he would not continue to do so, when he became their target. At the beginning of 1914, Rasputin had said to an Italian journalist: “God willing there will not be a war, and I will be very busy for having guessed it”. And, the Great War broke out, so, by that year, Russia had entered the war and would have to withdraw before it ended, as the Germans destroyed the unarmed Russian troops and would also be one of the causes of the end of the Tsarist autocracy. Rasputin warned against confronting Germany, immediately becoming an enemy of the aristocracy, the General Staff of the Army and the Imperial Court.

Why did Russia go to the abyss? Surely it was not Rasputin’s fault, as some claim. Just as in the France of Louis XVI, the ineptitude, the lack of understanding of the moment, the negligence and the obstinacy, with which the French ruler, married to a foreigner, the Austrian Marie Antoinette, with those same qualities, and others more, buried his throne and condemned that dynasty. Likewise, Nicolas II and his wife, a foreigner, a Protestant German, converted to Russian Orthodoxy, lover of a Siberian peasant, illiterate and polemic, were not able to understand what would happen because of having millions of people in a situation of poverty and all kinds of shortages in their daily lives.

Likewise, the aristocracy, both French and Russian, succumbed to the reform brought about by the revolution, and with their heads rolling they paid the price of unconsciousness. Meanwhile, young revolutionary thinkers and reformers such as Maximilien de Robespierre, who in his time would establish the regime of Terror, putting an end to the once ruling class; and Vladimir Ilich Ulyanov who would order the execution of the entire Romanov family, ruler of the extinct Russian Empire, would impose and make known to the world the socialist system, or the communist model, which a few years ago a German named Karl Marx had devised in order to change the world, under the name, that work: “Das Kapital”.

Rasputin, who was assassinated on December 30, 1916, almost on New Year’s Eve, in the Yusupov Palace on the Moika River. He was shot down between Prince Felix Yusupov, Grand Duke Dmitry Pavlovich and the deputy Vladimir Purishkevich, leader of the Black Centuries, was the turning point of the end of the Romanov family. The mystic that Rasputin was, in fact, also made him a prophet. He wrote to Tsarina Alexandra that, if he died at the hands of the peasantry or the proletariat, nothing would happen to Russia, but, if he died at the hands of the aristocracy, in two years Tsarism would disappear completely, and with it everything that was known of Russia. And so it was, in 1918, in Ekaterinburg, the tsars and their children were shot: Olga, Tatiana, Maria, Anastasia and Alexei.

In October of the Julian calendar, Russia succumbed to the great change, which transfigured the whole society, the whole nation, and the whole world. Now, Winston Churchill rightly said about Russia “it is a riddle wrapped in a mystery within an enigma”.

Thus, at present, there continue to be individuals in high government, similar to Rasputin, who are only a natural consequence of the power vacuums left by corruption, abrupt and absurd bureaucracy, as well as the lack of empathy of the rulers with the people. This results in several bad decisions, fatal mistakes, the defense of very particular interests over the general good. And, then, some “rasputines”, or even something much worse, advise in a senseless and impudent manner the withdrawal of US troops in Afghanistan. Likewise, shameless “politicians” urge marches against the same people, even, without any modesty, show their briefcases full of money to be used for any kind of illicit activity. These same despicable individuals are the potential detonators of any war or revolution. They are all “reptiles” as Stolypin said of the enigmatic Rasputin.