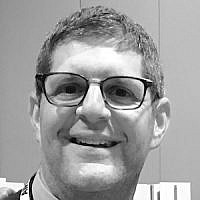 Facts are under assault in this country and for that matter around the world. Objective provable and demonstrable facts are now fair game. They can be dismissed or mocked or ignored. Often, they are branded as fake or phony and outright dismissed in the face of evidence that is irrefutable. The erosion of trust in authority is harmful to democracy and compromises the ability for reasonable people to find solutions to real problems. In order to have rational debate and solve problems people must be able to agree on a certain set of facts. As the late great Senator Daniel Patrick Moynihan said, “you are entitled to your own opinion but you are not entitled to your own facts.”

Nowhere is that Alice in Wonderland like world of reality more evident than in the coverage of the clash at the Gaza border. The facts are simple. Hamas is a terrorist organization. It has vowed to destroy Israel and kill as many Israelis as feasible. They don’t hide that fact– read their charter–it is pretty clear. For the past month or so Hamas has organized a series of larger and larger attacks on the border of a sovereign nation–Israel– with the explicit purpose of invading that country and killing its’ citizens. Don’t believe me listen to Mahoud Al Zahar the co-founder of Hamas. He says quite clearly that these are not peaceful protests but rather part of their own ongoing armed struggle. The 8 armed militants who breached the border fence on Monday and opened fire on the IDF seem to agree with Al Zahar, as do the scores of people who are launching Molotov cocktails, flying burning kites, or showing up to the fence with meat cleavers at the ready.

The facts here are fairly simple. Hamas has ruthlessly and merciless organized an armed attack on a security fence designed to keep Israel and its citizens safe. G-d forbid there were a real breach of that fence, what might that look like. What would those “peaceful protesters” streaming in from Gaza do to the Israeli citizens at Nahal Oz they encountered or to the soldiers they plan to kidnap? The answers to those questions are facts.
It is also a fact that young Israel soldiers manning that fence are killing armed Hamas operatives who seek to execute an armed incursion into Israel and massacre Israeli citizens. We all pray for a time when those young soldiers need not sit atop those berms to protect and defend their country from an armed invasion. We weep for those young people because they are required to take human life in self-defense. We also pray the leadership of Hamas stops the abhorrent use of its own people as cannon fodder. That same leadership of Gaza is engaged in a cynical attempt to score points in the court of public opinion, while at the same time deflecting blame for their own horrific failure to build a civil society in Gaza. It is a human tragedy, but the facts are that Hamas is attempting an armed invasion of Israel and the IDF is repelling that invasion with lethal force.

It is also a fact that the news outlets across the world are choosing to ignore those facts and use their webpages and front pages to distort, omit, or massage the basic facts. They call on their audience guard against people who call a banana an apple–they would be wise to look in the mirror. Responsible reporting should not be calling an armed conflict a massacre or an invasion a peaceful protest. Just because this is happening in Israel or the facts don’t fit a particular favored narrative doesn’t mean the standards of fact and objective journalism can be shelved.   CNN, The New York Times, The Daily News and the other mainstream media outlets decry attacks on the media’s –and we should all join them in that stance. A civil society relies on a free and unfettered media to fearlessly report the truth and doggedly report objective facts while letting the public decide their meaning. The story unfolding at the Israel/Gaza border demands that same treatment.

The facts are the facts.

About the Author
Michael spent the early part of his career as a Jewish communal professional, transitioning to work on a wide range of local, national, and international public policy issues and political campaigns, then moving on to become an educator. He has worked in both the for profit and not for profit education and camp sector.
Related Topics
Related Posts
Comments