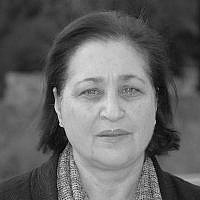 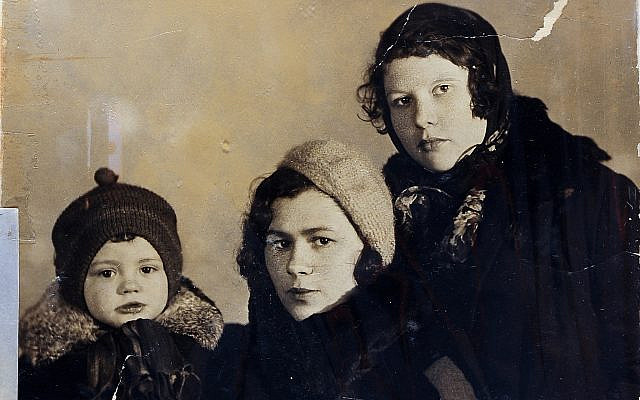 Of the numerous narratives from the Holocaust told through the collections of Yad Vashem, those that relate how whole families were wiped off the face of the earth by the Nazis and their collaborators in a matter of hours are some of the most gut-wrenching accounts from the period. Indeed, though I have curated many moving online exhibitions for Yad Vashem’s online platforms, the new exhibition entitled “The Onset of Mass Murder: The Fate of Jewish Families in 1941” brought me to tears. The stories of parents giving up their infants in the hope that they might survive, and families torn apart by the murderous onslaught are often to gruesome to bear. Yet these descriptions are an essential part of the history of the Shoah, and the victims cry out for them to be told.

When war broke out in 1939, many Jews in Poland and Eastern Europe felt that they could ride out the storm as long as they stayed together. Indeed, the Jewish family and longstanding traditions provided comfort and aid during these fearful times. Even in the wake of anti-Jewish legislation and ghettoization in areas occupied and controlled by Nazi Germany in the first years of the war, the family tried to maintain its cohesive structure. Yet in the spring of 1941, Operation Barbarossa, the offensive German invasion of the Soviet Union, delivered a severe blow to the attempt by families to remain together.

Following the German army across vast areas of the newly occupied territories of the Soviet Union, the Einsatzgruppen eradicated scores of Jews, whole families and villages in a matter of hours. These murders took place close to the Jewish population centers — in ravines, open fields or thickets — and almost always were so swift that local Jews had no time to react or flee. There were no selections, ghettos, or backbreaking forced labor. Often referred to by historians as the “Holocaust by Bullets,” these killing units claimed the lives of one and a half million Jewish men, women, and children, mowed down in cold blood.

For decades, the locations of these killing sites remained relatively unknown, as were the identities of the victims. But in recent years, scholars and historians at Yad Vashem have been piecing together the accounts through painstaking examination of documentation and eyewitness reports, particularly since the opening of archives in the former Eastern Bloc. This has resulted in the online research project “The Unknown Stories,” which has so far uncovered the accounts of hundreds of killing sites across the Former Soviet Union. The stories included in “The Onset of Murder,” uploaded for Holocaust Martyrs’ and Heroes’ Remembrance Day 2021, is a new window into the horrific reality the Jewish family faced 80 years ago.

One of the most striking underlying common threads of the exhibition is the need for families scattered across Europe and beyond to keep in touch. Despite the uncertainties and privations of war, parents, children, and extended family members hoped and prayed for a better tomorrow.

“I miss you and ask you to write me every week,” wrote Sonya Aronov to her 28-year-old daughter, Rosalia, who had escaped Kiev to Kazakhstan, on August 8, 1941. Shortly before she was murdered in the killing pits of Ylakiai, Lithuania, Eta Bernstein reached out to her daughter Ida, who had immigrated to Eretz Israel in 1935, with the words, “Write to us always and immediately, with good and happy reports.” Halina Tenenbaum, born in 1926 in Lwów, Poland, managed to survive the Holocaust by hiding with a Christian family. She later recalled: “My mother came one more time. She brought me a new document, and bade me farewell. She told me that she wouldn’t be able to come anymore, and that I had to stay with Luzhinska and to be a ‘good girl.’ I wept, and begged her to take me with her.”

The central theme of Holocaust Remembrance Day 2021 is “Until the Very Last Jew: 80 Years Since the Onset of Mass Annihilation.” These stories included in our new online exhibition embody this theme, illustrating the importance of the Jewish family and the need to stay connected in the maelstrom of persecution and mass murder. No matter the external fear and dangers, the photographs, documentation and testimonies portrayed in the exhibition clearly demonstrate that Jewish family not only lay at the forefront of Jewish continuity, but also underpinned the undying spirit of the Jewish people.