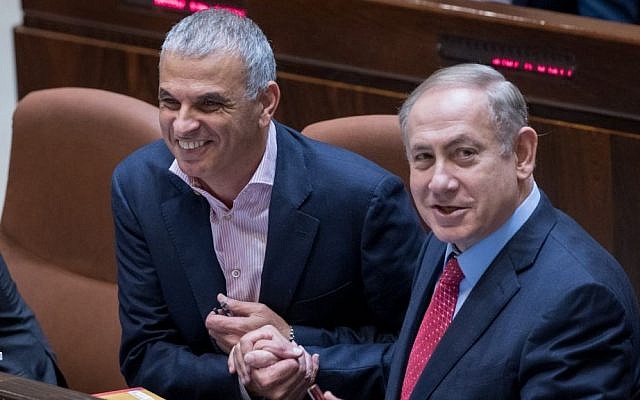 The government budget for Fiscal Year 2019 was passed by the Knesset last Wednesday, nine and a half months ahead of its end-December deadline.

Everyone in the coalition got more money. Everyone voted in favor. The budget and its ancillary, The Arrangements Law, sailed through the Knesset, and now the political system can recess for the spring holiday season. See you in May.

The striking feature about this budget’s passage was that the entire process played out against a background of cacophonous noise regarding police investigations and political maneuvering — but without impacting the result.

Most Israelis paid no attention to the debate over and passage of the 2019 budget. Some paid considerable attention to this or that specific feature, because it affects them personally. But neither the general public, nor the media supposed to keep it informed, have thought about this budget as a whole, let alone seen it in the context of the wider economy. As for the budget and the economy in a long-term context — fuggedaboutit.

To present that context, a few facts and dates are in order:

There’s much more to be said along the same lines, but the basic point should be clear — Israel is one of the world’s most successful economies and, on any comparative basis, a rich country. One of the main factors responsible for this happy state of affairs is that successive governments, over a period stretching back to 1985, have developed and maintained an effective system of macro-economic management. And one of the key elements in this system has been the establishment and maintenance of fiscal discipline and spending restraint.

But this success is now so taken-for-granted, the achievements so consistent and national prosperity so humdrum, that nobody talks or even thinks about them anymore. Nevertheless, as we approach a new era in Israeli politics, and hence in political economics, it is necessary to revisit old and forgotten topics.

Budgets, taxes and government spending are, first and foremost, political issues. How much spending, what tax rates and, above all, who gets how big a slice of the cake — these are all intensely political concerns. The Israeli achievement in the fiscal sphere has been to keep these issues contained within an overall framework that all players respect — and this achievement has been solidifying since the late nineties.

Even within this consensual framework, budget increases tend to be unequal, albeit for valid reasons. The relative increase awarded to each ministry reflects both policy considerations — what the government wants, or feels obliged, to spend more on; and political considerations — which ministers and parties have the clout to demand and get more.

You would assume that the same logic holds for budget reductions. One of the main points of having a budget is to facilitate prioritisation: some areas of spending are favored and receive increases, while others are disfavored — for whatever reason — and get less. But, despite the generally disciplined budgetary practices of 21st-century Israel, this doesn’t happen.

For some years now, Israeli budgets have largely avoided reducing any ministry’s budget allocation — so that it would have less to spend than last year. The rationale behind this is purely political: the prime minister has sought to avoid clashes with ministers, factions and parties — and cutting budgets is a surefire recipe for clashes.

Instead of targeted cuts, the government has adopted ‘across-the-board-cuts’ as its standard procedure. Consequently, any given budget — such as that just legislated for 2019 — features an array of increases while, at the same time, every ministry’s budget is cut by an arbitrary percentage. The size of the cut is determined by the need to, on the one hand, deliver the increases promised and, on the other, to keep within the overall budget framework.

This is bad budgeting and bad economics — but good politics — if your political goal is to stay in office by ensuring coalition cohesion and avoiding rifts and rows wherever possible.

But one man’s ‘good politics’ is another man’s political cowardice. Even when revenues are rising, giving much more to some should be paid for by giving somewhat less to others. Forcing everyone — even those receiving large increases — to make cuts, for no valid reason, is short-sighted. Doing this year after year results in cumulative damage that will have to be repaired — eventually.

In other words, while overall budget policy has been highly successful, the internal structure of the budget has become increasingly distorted because of excessive use of the very blunt instrument of across-the-board cuts.

There is a tremendous irony at work here. It was Netanyahu, in his first term as premier in 1996-99 — widely regarded as unsuccessful — who began the process of institutionalising fiscal discipline. He has also overseen furthering that process in the current and previous governments.

Yet alongside “Dr. Netanyahu” the conservative economist, sits “Mr. Bibi” the timid politician — and it is the latter who has imposed the “no confrontations with other ministers, hence no cuts in their budgets” policy. Now, however, the end is in sight for this illogical and contradictory form of budget management.

When the post-Netanyahu era comes to Israeli politics — a prospect now dominating the political system — many things will change, some for the better, some for the worse.

In the boring-but-critical area of budget management what needs to change is the absurd and cowardly reliance on ‘across-the-board’ cuts as a method of keeping the budget within the overall framework, instead of cutting specific budgets even at the cost of annoying the ministers on the receiving end.

Restoring budget prioritization via differential cuts will be one of the key tests of the mettle of any future prime minister. Unfortunately, the pass rate on this test is rather low.

About the Author
Pinchas Landau is an economic and financial analyst, serving as a consultant to major financial institutions in Israel and abroad on domestic and global developments.
Related Topics
Related Posts
Pinchas Landau
Comments