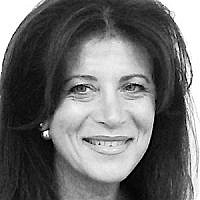 The Blogs
Karen Goodkind
Apply for a Blog
Please note that the posts on The Blogs are contributed by third parties. The opinions, facts and any media content in them are presented solely by the authors, and neither The Times of Israel nor its partners assume any responsibility for them. Please contact us in case of abuse. In case of abuse,
Report this post.

In the UK Jewish community women are also under-represented. A recent JLC (Jewish Leadership Council) delegation to Downing Street, to meet with Prime Minister David Cameron, was criticised for only having one woman. If we, as women, want to be able to have an impact, we need to make sure that we are involved properly at all levels.

Philanthropic powerhouse Dame Vivien Duffield once said, “No society can be a healthy one where its women are excluded from the decision-making processes and deprived of their voice. These are issues for all countries and all societies, not least the Jewish community of the UK.”

Empowering women is not a new concept. According to the Midrash (Pirkei d’Rabbi Eliezer), when G d offered the Torah to the children of Israel, He asked Moses to speak to the women first. G d showed us what we all know: Always convince the women first, for if the women say yes, the men will ultimately follow suit! 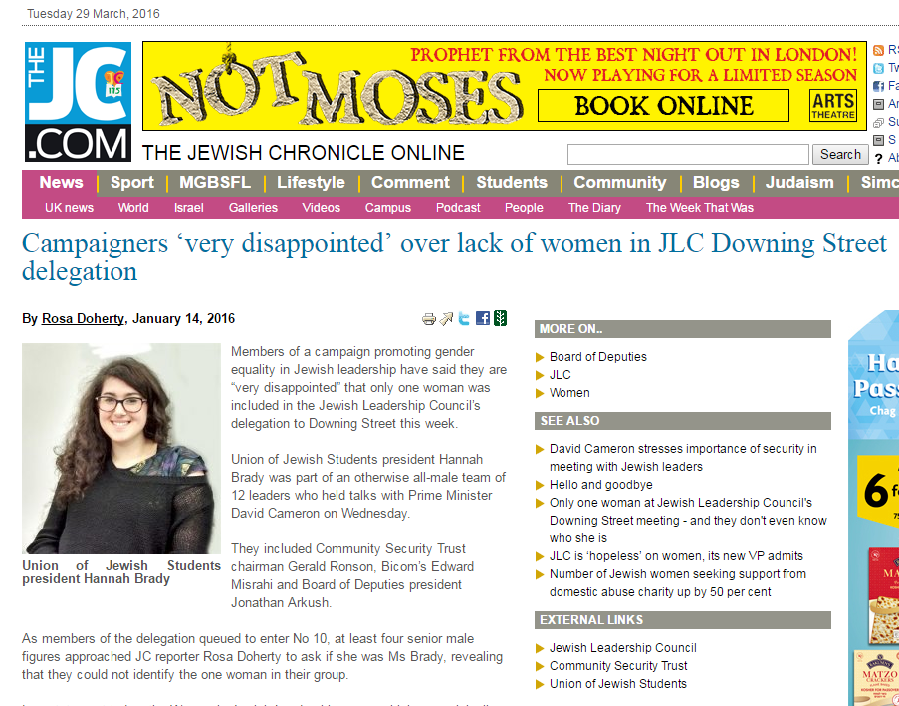 Lack of women in a Jewish delegation to meet Prime Minister David Cameron made headlines in the Jewish press in January 2016. (thejc.com)

Times have changed, but the role of the Jewish mother is still a powerful one; after all we birth the next generation. As women we raise our children to achieve their best but we have a very modern challenge on our hands. We are battling against a very different world.

In the UK we are a community in crisis because the affiliated Jewish Middle community is shrinking. The census of 1951 documented there were 450,000 Jewish people living in the UK. The latest census showed a steep decline to 263,000 and the projections are for a further drop.

The problems we have in the UK with disengaged youth is echoed in America and all countries with a large Jewish population. For many of our youth, the reason to remain part of an ancient community does not seem relevant, Jewish religious practice does not seem necessary, because the value of being a Jew is not valued.

The role of the Jewish grandmother is therefore more important than ever – they can instil traditional values and wisdom. Grandparents are younger and can get involved with all of their considerable passion and energy.

A recent study, based on surveys of Birthright Israel alumni, reveals that, in general, “connection to Jewish grandparents is an important predictor of a wide variety of [positive] Jewish attitudes and practices” in later years.

So how to keep that spark alive and our children connected?
When it comes to social action, we need to make sure there is a future generation of leaders, doing what we do, promoting Jewish values, tzedakah and creating a deep connection to Jewish roots through providing a strong connection to Israel. 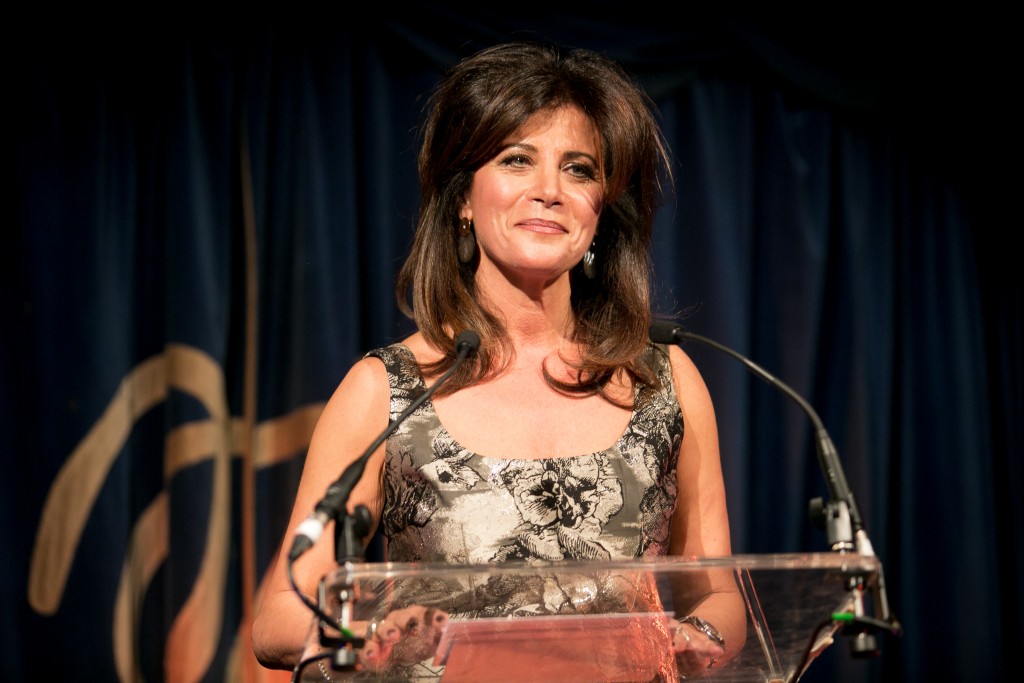 Luckily there are wonderful organizations such as UJIA, a leading UK-Israel charity that in recent years has placed an emphasis on investing in programmes that make Judaism and Israel inspiring, relevant and accessible. These programmes provide the knowledge, connection and a feeling of responsibility and are in turn generating the next generation of Jewish leaders for us to pass the baton on to.

My involvement with UJIA has spanned 12 years, developing a Bar and Bat Mitzvah programme that forges a connection with children in the UK and Ethiopian new olim living in Israel. It brings together two very different cultures and unites them through the process of sharing the Bar and Bat Mitzvah experience. It teaches our children about the virtues of tzedakah, wider Jewish Peoplehood and that we have to be responsible for each other.

Two weeks ago, 300 women of mixed generations, aged from 21 to 75, attended the charity’s Ladies Night at Café de Paris in central London. The entertainment was fantastic but what stood out was the united front of the women who had come together to support the Jewish future of our youth. As co-chair of this flagship women’s event it was a huge privilege to share my passion for supporting the continuity of our community and know that together we raised an amazing £155,000. 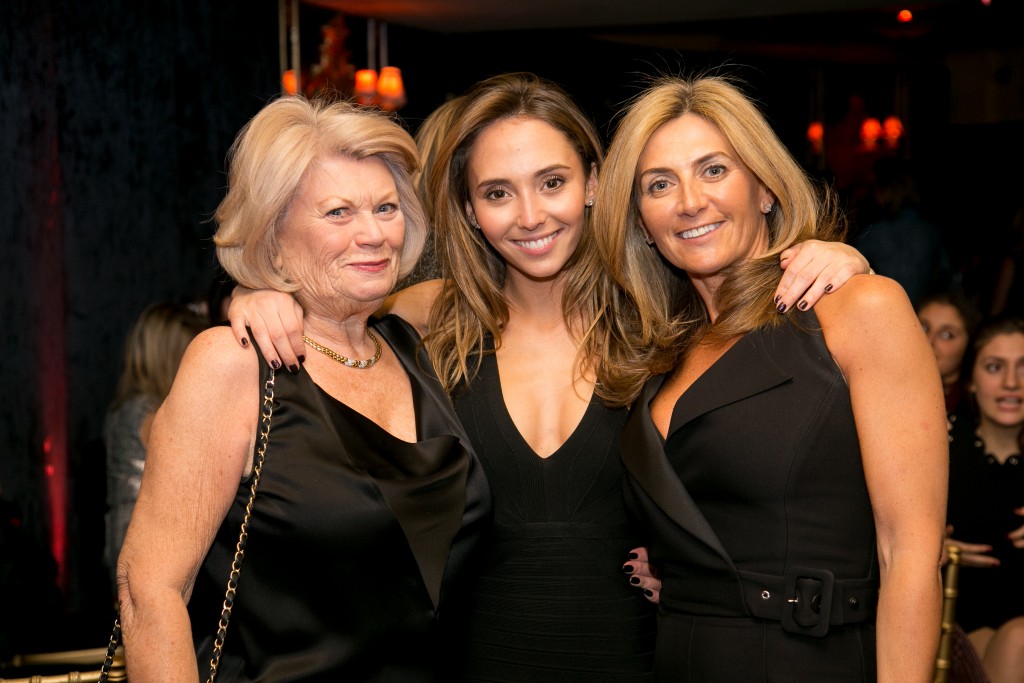 Change is happening. Some organizations are recognizing the importance and contribution of Jewish women not only within the family setting but the wider community and are reaping the rewards. UJIA now has 5 women as part of its board.

In addition, UJIA and JLC funded Reshet, the network for youth provision, has a female Executive Director, Shelley Marsh. One of the main goals of Reshet is to allow young Jewish teenagers a platform to have their voices heard – essential to the progression of our community and needed in order for us to best meet the needs of our next generation.

There are plenty of inspirational women to celebrate: Laura Marks who heads up Women in Jewish Leadership, Hannah Brady, the President of the Union of Jewish Students, a plucky and highly articulate young woman, and Dame Vivien Duffield whose vision created JW3 – the first Jewish Community Centre and arts venue of its kind to exist in London – to name but a few…

I welcome any call for more women to get involved in volunteering and shaping the future of our community but we must not overlook the ones that are already making a difference.

This dedicated group of women have been working away quietly – maybe it’s time to make a noise! Women are well equipped to lead the response to continuity problems so let’s do it…

As Facebook’s Sheryl Sandberg says, “We need women at all levels, including the top, to change the dynamic, reshape the conversation, to make sure women’s voices are heard and heeded, not overlooked and ignored.”

About the Author
Karen Goodkind is a lay leader in the UK Jewish community and for 13 years has been developing campaigns for women's events that raise awareness and funds. In addition Karen chairs UJIA's Ethiopian Bar and Bat Mitzvah programme, and an annual women's mission to Israel "Mission Possible" which engages women on a deep level to understand Israel's on going challenges and to showcase UJIA's Galil projects. Her current focus is to bring together women of all generations to support UJIA's UK programmes that strengthen the Jewish identity of the youth.
Related Topics
Related Posts
Comments