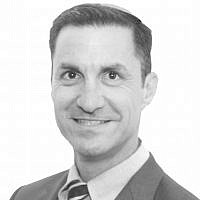 The Blogs
Yakov Gaon
Apply for a Blog
Advertisement
Please note that the posts on The Blogs are contributed by third parties. The opinions, facts and any media content in them are presented solely by the authors, and neither The Times of Israel nor its partners assume any responsibility for them. Please contact us in case of abuse. In case of abuse,
Report this post.

Earlier this month, the Knesset introduced a bill that didn’t cause major waves from a legislative or even media standpoint but in fact deserves serious attention for highlighting the inextricable bond between our Israeli democracy and our Jewish tradition.

The bill essentially would establish that independent contractors working in Israel would be legally entitled to national insurance compensation for lost work days following the death of a loved one.

In Israel today, the working public is generally divided between salaried employees who are in the majority and independent contractors, who while in the role of the minority still represent a force numbering in the hundreds of thousands. Independent contractors are our plumbers and electricians, restaurant owners, start-up entrepreneurs and hundreds of others — people who work within the labor laws of the country but not as an employee in a salaried structure. For the most part, if an independent contractor doesn’t work, he or she doesn’t get paid. Salaried employees, on the other hand, are covered by all sorts of labor agreements ensuring protections and guaranteed vacation days.

One of those protections is in the case of the death of an immediate family member. Under Israeli law, a salaried employee is entitled to miss work for the full length of the shiva period and will not be financially penalized.

Yet until this bill is passed, independent workers have no such luxury.

When their mother, father, sister, brother, son or daughter passes away, regardless of the specific circumstance of the death, an independent contractor is forced to make major sacrifices and abandon his or her post — often without any alternative. So imagine that beyond the emotional trauma that comes with this pain-filled moment in life, the bereaved is forced to contend with the very practical challenge of being out of work and out of income.

This reality often creates a situation where many Jewish Israelis see no choice but to cut short the seven day mourning period and return to their jobs.

The Tzohar Legislative Project, a division of Tzohar dedicated to discovering legislative avenues to address issues of religion and state, identified this situation and set to work on changing it. In a nation of numerous challenges and ongoing developments, we never thought that this was necessarily the most pressing legislative issue confronting our people. But particularly because it was being ignored, we saw the need to take it on and remind our society that every individual matters. This is an understanding which serves at the heart of our existence as Jews and even in a land like Israel we often need to be reminded of the needs of the other.

With the help of the majority of the Knesset and God’s blessing, we look forward to seeing this bill signed into law in the near future. In that moment we will all be reminded of the sanctity of each and every Israeli and remember that even the smallest of changes can make the biggest of differences. And in so doing we will teach all of ourselves and our children a true lesson in what distinguishes the Jewish people from the world and most importantly how we have championed the concept of a modern Jewish democracy to be that 21st century light onto the nations.

It also bears noting that the idea for this bill, which was submitted by MK Yinon Magal in coordination with Tzohar was first advanced by MK Uri Orbach, of blessed memory who passed away before he could see it become law. Uri was the ultimate champion of injecting Torah values into the public discourse and lived his life always thinking of new ways to help others through his role as a public servant. This law will serve as one more testament to his enormous legacy.