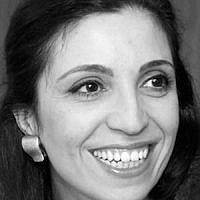 The Blogs
Carmit Sapir Weitz
Apply for a Blog
Advertisement
Please note that the posts on The Blogs are contributed by third parties. The opinions, facts and any media content in them are presented solely by the authors, and neither The Times of Israel nor its partners assume any responsibility for them. Please contact us in case of abuse. In case of abuse,
Report this post.

Dr. Levy Gerzberg – The man who left his mark on the world of consumer electronics.

AlmaLinks Interviews: Get to the heart of Start-up Nation with AlmaLinks in this series of interviews as we meet the leaders who helped a small country take on the world.

They might not be a well-known name amongst electronics consumers, but if you have a digital camera, DVD player, audio processor, digital television, printer, and other modern electronic devices – then chances are that it wouldn’t have been possible without Zoran.

Co-founded in the early 1980s by Stanford graduate and researcher Levy Gerzberg, Zoran helped change the world by developing processor chips and software for electronics and were a multi-national world-leader in the field for three decades.

Even after collecting several honors, including being inducted a member of the Consumer Electronics Association Hall of Fame – alongside names like Intel’s Gordon Moore, Apple’s Steve Jobs, Dolby Labs’ Ray Dolby and SanDisk’s Eli Harari – Dr. Levy Gerzberg still wishes to emphasizes “When I say ‘I’, I mean Zoran and all its employees.” 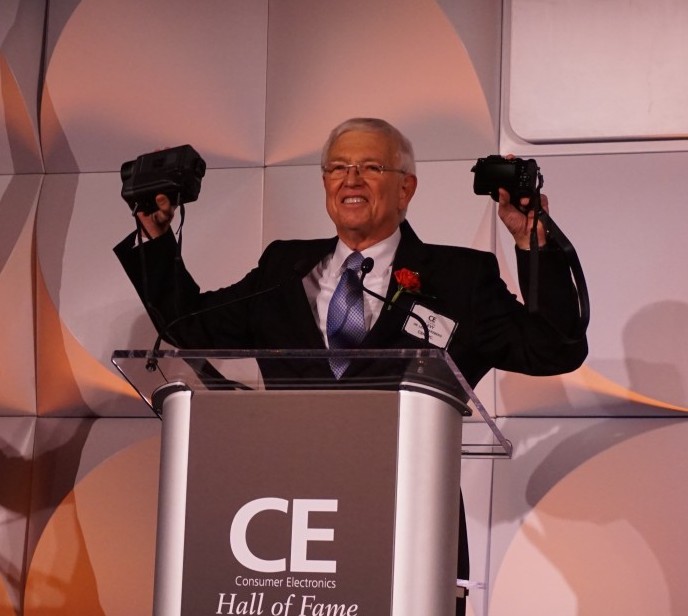 Gerzberg – who has a Ph.D. in electrical engineering from Stanford University as well as an M.Sc. in medical electronics and a B.Sc. in electrical engineering from the Technion – received ‘tenure’ in 2011, when Zoran was bought by British-based CSR. He remained as a board director until CSR was acquired by the American giant Qualcomm in August 2015.

“Perseverance”, “Will Power”, “Never Give Up”, “Innovation”, “Must Win”, these are a few characteristics Dr. Gerzberg used to describe the company he built during a Haifa reunion of ‘Zoran throughout the generations’ last December. More than 360 former employees attended including many current CEOs who got their first break as young students and later employees with Zoran, as well as first investor, chairman and mentor Uzia Galil to whom Levy is very thankful.

“We always hired students because it was a part of our philosophy,” said Gerzberg. “We believed in young and creative teams, from the Technion as well as local and international universities. Some grew up to become CEOs and establish their own companies.”

Today there are at least one hundred industry seniors who started out at Zoran and now serve in key positions in companies in Israel, Japan, Taiwan, China, Korea and the US.

Gerzberg created markets and changed the consumer’s quality of life. In some cases, through Zoran, in others, through companies they purchased. This is what happened, for example, with the acquisition of a company which produced color printers. Gerzberg said: “We enhanced the technology and added Zoran advantages, like the ability to directly print from cameras and cell phones, which was not possible previously.”

In another case, with a purchase of a company that produced digital televisions processors, Zoran added the possibility to connect the camera directly to TV.

However, Zoran were never short of innovations in their own right. They released a one of a kind, universally unique, processor chip which revolutionized digital photography and a single chip which was the first in the world to enable Dolby digital audio playback in movie theaters and in the living room. In earlier days they also developed a chip that, in the mid 80’s, was adopted by Kodak and enabled film and photography paper inspection to be done automatically. It was later integrated into the early miniature drones.

Initially these developments found use in the medical, industrial and military markets, before eventually arriving to consumer electronics through a huge revolutionary breakthrough thanks to the creative minds of Gerzberg and his team.

In 1997, he visited China as the increasing popularity of Karaoke there intrigued him. He said: “I noticed that there was a high number of youngsters going to Karaoke nights, singing great. I asked where do they learn to sing like that, and they answered: we practice at home. I visited homes in China and understood what they do. They play the DVD for background music and with a tape recorder on the side, recording themselves singing, so they can listen to themselves. That was the birth of the idea to flood China with DVD players containing Karaoke recordings. Our DVD chip recorded the audio and then slowly, you could remove the original singer’s voice and leave only the music. All we had to do was change the algorithm, not the hardware. We were able to do so almost immediately, before Chinese New Year, and we flooded the market.”

It was an incredibly successful idea and within two months, Zoran sold over a million chips in China. Gerzberg said that being adaptable and creating change was a big part of their success.

“We entered the military, industrial and medical market and reached a conclusion that we can take an advanced technology and migrate it to the consumer market by having our guys taking advanced ‘missile math’ and converting it to DVD players, digital cameras, cable and satellite set-top boxes and more in over one billion consumer devices.”

One of the questions Gerzberg loves answering is ‘What are the strengths of Israelis?’ He says: “I am a believer in creativity which contains some sort of compulsion. Innovation is the base of Israeli society. Israelis love to change, to renovate, to win, they are very dynamic and can’t sit still. They move fast.

“An additional important aspect is the fact that Israelis are versatile and multidisciplinary. They are extremely cause-devoted and failing along the way does not deter them. I believe that it derives from the need to survive. When you don’t have a choice and you have to survive, you do. It’s in our DNA. This is true also about Israel’s impact on the Hi-Tech world. Israel has more companies listed on the Nasdaq than any other country except for the US.”

Gerzberg looks around and is satisfied. He predicts great things for the future of Israeli Hi-Tech. “I’m optimistic. We’re heading to a better place for several reasons: our innovation legacy continues. There are more and more people in Israel who have succeeded and are mentors of youngsters. I see myself as a mentor for several young entrepreneurs and I also help small companies to make an impact. I have met several investors in the Hi-Tech world who think big, not just about an exit. I met recently two Israeli investors who said: ‘We are not aiming to make a fast exit. We are aiming to invest in companies which we believe can advance for many years and can change the world.’ I liked it. In past days, one of the biggest downsides of Israeli Hi-Tech was weak marketing; we were really good in technology, not its marketing. Today, the distance decreased due to the internet and marketing is easier, although there is not any substitute for meeting your customers face to face.

“On the other side, many of our clients are end-clients. I believe in the food chain. In our world, it began with Hollywood – or song writers, artists and screen writers – then it moved on to the movie theaters. From there to those who produced the box, the converter beneath the TV, the TV itself and its speakers. In the last generation, the consumers themselves have turned into Hollywood. Today, a huge percentage of content is self-produced and spread independently to the world. We don’t rely on Hollywood as in the past.”

Some key principles from Dr. Gerzberg

“Everything is a wide word”, explains Gerzberg, “it relates to marketing, decision making methods, people’s relations and of course: integration. It is OK to make mistakes. If you are not a risk taker – you might not have failures – but you won’t go far. Acknowledge the mistake and fix it.”

“Once, I told a Japanese client that at Zoran, the customer is king. He then told me: ‘Levy-san, the customer is not a King he is God; and if you missed your promise to him, you apologize and close the gap.” Gerzberg adopted the method. “I think that the percentage of clients who did not proceed to a long-term relationship with us is one of the lowest in the market. We had customers in the electronics business for decades. Moreover, Zoran has helped make a new image of the Israeli Hi-Tech in the Far East and the rest of the world.

“We taught our engineers how to behave in Japan, and it was a real project. The basic things was to listen. We had teachers who taught us how to behave in different cultures. One day, I entered such a lesson, and the teacher began talking about listening. She said Israelis are known for their bad listening skills. I intervened – ‘Israelis are the best listeners in the world, especially when they are talking.’ The second rule was you mustn’t talk in a language your other party doesn’t understand. I was known for being quite extreme about that.”

“I don’t consider workers as employees. They are partners. This is how I would interview each and every one of them, as a potential partner. It’s a part of a culture of being a family of partners.” Zoran was a family in many aspects as they also helped the community in volunteering activities, teaching and support.

Dr. Levy Gerzberg is a speaker and mentor to AlmaLinks’ members, a global network that connects outstanding entrepreneurs and CEOs to the Israeli economy.

About the Author
Carmit Sapir Weitz is an Israeli journalist and writer for many national publications including Maariv. She is Media Director for AlmaLinks, working to bring new stories of the Start-up Nation to the world.
Related Topics
Related Posts
Comments