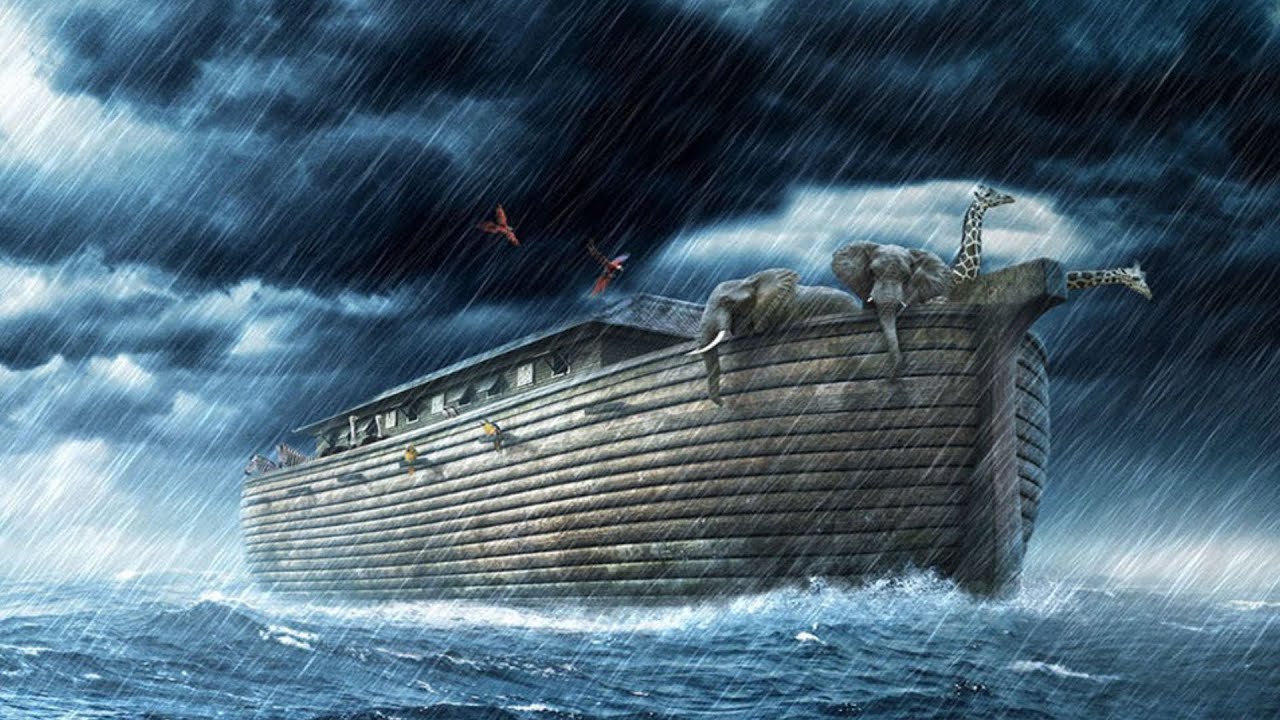 God destroys the world in a flood… Or does he?

God destroys the world in a Flood… or does he?

In the Biblical narrative, God is presented as an agent who actively intervenes in the world in order to punish sinners and thereby produce dramatic upheavals in the history of mankind.

In the beginning, he exiles Adam and Eve from the Garden of Eden. Years later, he resolves to “blot out mankind from the face of the earth” on account of the rampant violence, and fulfils his pledge through the Flood. Later on, God flattens Sodom and Gomorrah with fire and brimstone from the heavens. And in the Sinai Desert, God is said to be responsible for the calamities that afflict the Israelites: his anger rages, and he smites them with a great plague for their ingratitude. It is pretty clear that God is directly responsible for causing these disasters.

But the literal narrative is deceptive. In many instances in the Bible, God is presented as responsible for processes that can be expected to happen entirely naturally, even without divine intervention. For example, in the Ten Commandments God warns that he will “visit the iniquities of the fathers upon their sons, and the third and fourth generations”. One might understand that God punishes people for the sins of their wicked forebears. Yet the wellbeing of one generation obviously depends, for better or worse, on the culture of the previous generation. A corrupt and violent society cannot but bequeath misery to the next generation. And the good behaviour of a peaceful and just society likewise rubs off.

God doesn’t really intervene. This all happens by itself.

So where is God in this whole story? God determines the rules of the game in advance, the laws of nature and the basic trends of sociology. The Bible, meanwhile, uses the dramatic device of an active God to illustrate what these God-given basic rules of the game are.

At a second glance, therefore, God does not really destroy the antediluvian world, nor Sodom and Gomorrah, nor the incessant complainers in the desert… despite claiming responsibility for doing so.

After all, these societies were already in advanced stages of violent implosion. A violent world in which “all people think about is evil all day” is not a sustainable world. It’s a world that is already tearing itself to shreds and is destined to wipe itself off the pages of history. A city whose residents insist on their right to perform gang rape, and where not even five good people can be found, is a city that passed the point of no return long ago, way past the possibility of rehabilitation. Sodom and Gomorrah, and similar societies, do not need to wait for thunder or hailstones to wipe them out. They destroy themselves.

The description of God’s intervention is but a dramatic metaphor for entirely natural and independent processes.

Unfortunately, we can identify the seeds of social collapse here among us today.

This week, I was at the Western Wall to cover the Reform and Conservative movements’ “unprecedented act of civil disobedience”, in protest at the government’s failure to implement its own plan for an egalitarian plaza at the Kotel. They marched on the wall carrying Torah scrolls, in violation of the Western Wall rabbi’s regulations. As soon as they entered the plaza, they were set upon by ultra-Orthodox demonstrators and the hired thugs of the Western Wall rabbi, who pushed and shoved them, trying to wrest the Torah scrolls from their hands by force. The violence was nauseating. Little kids ran around blowing whistles and screaming “Nazis, Nazis!” One even ripped a siddur to shreds. 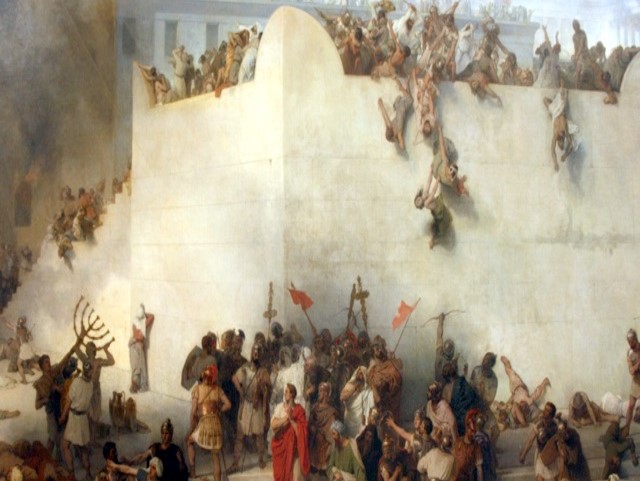 Scenes from the Kotel this week.

This is what Jerusalem must have looked like before the Roman invasion and destruction of the Temple. Among the Judeans, there must have been those who tried to seize holy books from each other’s hands and who called each other “Romans” and “Edomites”. They must have attacked and pushed each other out of baseless hatred. And they must have justified their deeds as a defence of the sanctity of God, against a backdrop of years of incitement and brainwashing causing them to view the customs of the Other as threatening the basic social order.

Little wonder that the Romans conquered Jerusalem, when Jews were already throwing each other off the city walls.

God doesn’t destroy civilisations. They destroy themselves. When various factions in society tear each other to shreds, there is no need for divine intervention to finish the job. The belief that societal collapse is a punishment from God constitutes psychological projection, an attempt to evade responsibility and deny what has been wrought by people themselves.

The only Flood that can undermine our existence in this land will come from the storm that is raging amongst us, brewing in our midst. The rules of the game have been set in advance – but the power to create a sustainable society, subject to these rules, is in our hands.

This blog was originally published in Hebrew in Ein Pratnik, the blog of the Ein Prat Academy.