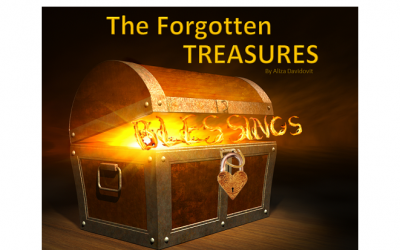 I’ve often been told throughout my life that I’m an old soul, that my wisdom exceeded my years. True or not, I don’t know. But if I am an old soul as they claimed—which would explain my affinity for all things ancient and antique—perhaps it is because my most cherished friends were older than me. Much older. Throughout most of my life, my mother owned a nursing home for the elderly. It is there where I spent much of my youth.  Having never known my grandparents, my last surviving grandmother died when I was a toddler, as a little girl I was afraid of old people.  I couldn’t understand why they were wrinkled, bent, broken and gnarled. As a child one tends to think old people were born that way. In innocence we think that we will never be old and that the old were never once young, strong or beautiful.

But as the years went by and my maturity set in, I found among my mother’s elderly patients some of the best friends I ever had. I used to look forward to my after school visits there and would more often than  not dodge the mall and ditch my friends and head straight to B. David’s Golden Age Home.  Listening to their war and life survival stories, their tales of love and loss intrigued me and surely enwisened me. As if hearing the Tales of Scheherazade, I’d return every day to hear their narratives. Sometimes my elderly friends would no longer be there. Sadly, the death knell sometimes rang before the school bell and the Angel of Death would arrive before me.  Even then I knew with each death a great treasure was lost.

Yes, perhaps I grew up quickly reared in such environs. And though my mother’s senior residence was beautiful, spotless, warm, loving and highly recommended, I couldn’t understand how any child could place his/her parents in what I regarded as a luxurious home for the unwanted. Today, I better understand that in some cases home care is not feasible–I get that! But very often it is. And it is then that I truly question at what point does a parent become unvalued, unwanted and a burden. At what point does their usefulness expire? In this cold-hearted, self-centered “Me Me Me” generation, I observe that it’s way too soon–perhaps once the assets are securely transferred.  Or when parents need help and there is no more gain or benefit to help them.

For one reason or another, I have walked the halls of many senior institutions in my life, not just my mother’s. I’ve heard the cries of the elderly grievously calling the names of loved ones. It’s haunting. More powerful than some cries are the smells of feces and urine that elderly patients sit in for hours until attendants get to them. I’ve looked into the eyes of the sad and soulless who died in spirit long ago and I ask myself, “Where are their children? Are they not ashamed?” I’ve seen people make better arrangements for their dogs than they do for their parents while they themselves travel.

Does it not dawn on civilized people, who by instinct have appreciation for the Ten Commandments, that among those very same rules that protect their own well-being, such as “Thou shalt not steal” and “Thou shalt not kill,” it is also written “Thou shalt honor your father and mother.”  So important is the obligation to honor our parents that it is included on the first tablet which lists our duties to God.[i] Each of us is a product of a tripartite partnership, and that is not to be forgotten. When you disrespect your parents, God takes it personally. Snub them, deal with Him.

Perhaps if the wonderful benefit of obeying this commandment would be recognized by our self-serving generation, it would be obeyed. It is actually one of the few commandments that comes along with an incentive package with options for renewal: “Honor your father and your mother as the Lord your God commanded you, in order that your days be lengthened, and that it may go well with you….”

In last week’s Torah reading we witness a sad but also very powerful and beautiful scene. As Jacob, our patriarch, is about to die at the age of 147, all his sons—the future twelve tribes of Israel gather around him to receive the most valued gifts he could ever bequeath them, not gold pocket watches or shares in a company, but rather blessings—“shares” in the future based on their potential and their divine mission. So valuable was a blessing to each one of them that Joseph got upset when he thought his father mixed up his children and blessed the youngest with a blessing he thought destined for the eldest. In today’s world if kids inherited just a blessing, the lawsuits would begin before the burial.  But don’t worry, our kids are watching; this next generation having an aversion to work, to patience and respect will bury its parents alive for their inheritance and will be sure to YouTube it at that.  Even Esau, an adulterer and killer about whom it is written in the book of Malachi that God hated him, sobs when his blessing was given to his brother. “Have you only one blessing, my father?” sobs Esau. “Bless me too, my father!”

Whose fault it is, I can’t say. Perhaps some parents of our times were so busy giving their kids what they didn’t have money, status, comfort, etc., that they forgot to give them what they did have: a Jewish heritage, a moral compass, a heart, respect, a sense of duty toward our ancestors and Jewish Homeland.

I’m lucky. I know. I had great parents growing up and loving them was easy. But nowhere in the Torah does it tell you to love your parents. It says to love your neighbor, to love the stranger, but for parents it commands you to honor them and to fear them[ii]. The Hebrew word for “honor” is kaved. The same Hebrew word also means heavy and burdensome. God knows some parents are impossible to love, some easy to hate. But as burdensome as honor is, it is doable. So do it.  Dr. Freud made it very easy for people to vent against their parents and blame them for the world’s ills. You have a psychological problem with your parents that needs fixing, seek a doctor. But talking bad about a parent, as bad as they may be, is a sin. We never see in the Bible any of the Patriarchs speaking ill of their parents. Abraham, the father of monotheism and Judaism, the father of many nations, was the son of an idol manufacturer. We never hear a word about it from Abraham. “Ah my father was *&%$@; if it wasn’t for him, blah, blah….” We never hear Cain blame his parents for eating the forbidden fruit and bringing troubles to the world. Who made up such excuses or blamed their parents in the Bible? If your mission and desire is to be better than those who came before you, then be better, but stop trashing them around town and using them as excuses for failures. It’s a sin. A big one. My mother, who was not religious, used to always tell me two things: A person who violates Shabbat and who doesn’t honor his/her parents will have no luck in life. In later years, the Bible told me the same thing: “Cursed be he that dishonors his father or mother.”

There is no statute of limitations on honoring one’s parents.  A person is bound to honor his parents forevermore even after the tombstone is erected. Every action and behavior in this life reflects on those who raised you and the God that breathed life into you. When you behave arrogantly, cruelly, immorally, lasciviously, or disrespectfully, you dishonor all your creators: Mother, Father and God! No coincidence that in crude modern vernacular you will be called a son of a _____ when your ego, attitude and self-entitlement rule your behavior. Know that everything you do, for the good or the bad, affects the souls of your departed parents— either raising them to higher levels of peace and paradise or lowering them into deeper depths of suffering. Are you behaving with integrity in all facets of your life, are you carrying and increasing the torch of your Jewish destiny, or are you whimpering and wimping out like a dying toxic flame and letting their memory go up in smoke?

Remember your children are watching you. Show them the value of loving and honoring a parent. Maybe read the Bible with your kids once a week; have them visit their grandparents as a reminder to them and to all that there is more to life than the mall and money. And maybe, just maybe, they will remember you too one day. Teach them that life is a mission with a purpose, instead of a day-to-day survival campaign where it matters not who you drag to the gutter to justify failures, success, anger or pain. Don’t talk bad about your own parents to them, or soon you will find yourself the victim of their vilification.  What fruit is so dumb that it rebels against its own tree? Walk your course with grace and dignity. Behave like a mensch so that your days will be long and that you will be a blessing for those who are looking down on you and be blessed by those who are looking up to you.

[i] The second tablet deals with laws between man and man